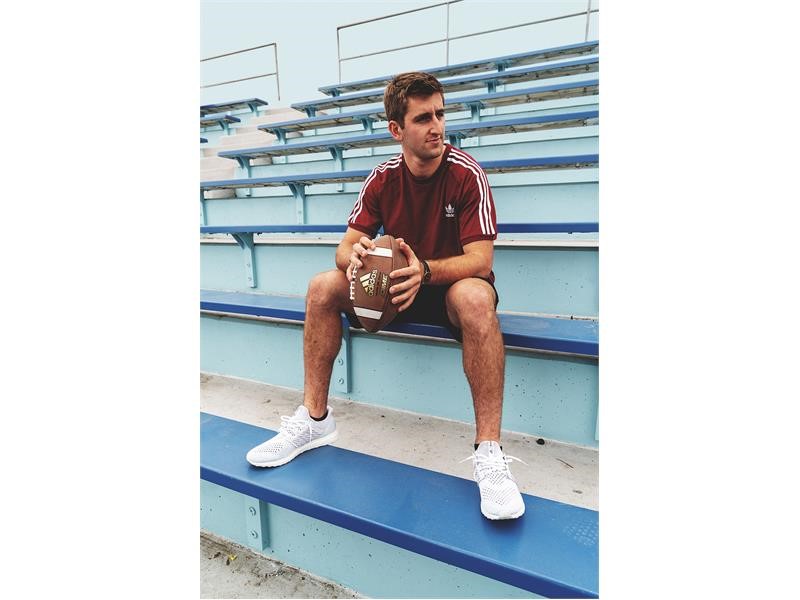 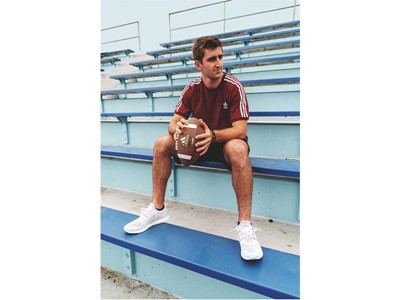 PORTLAND, Ore. (Jun. 4, 2018) – adidas today announced multi-year partnerships with the Arizona Cardinals’ first-round draft pick, quarterback Josh Rosen. With the new partnership, Josh will play a key role in future adidas brand and marketing campaigns and collaborate on the design and creation of future football products and training apparel.
“adidas has this perfect fusion of sports and culture and I’m excited to be a part of the adidas family,” said Rosen. “I really felt this was the perfect fit for me. adidas challenges the status quo and they seek to inspire others to create on and off the field.”
Throughout his childhood, the preservation of the environment and sustainability were instilled in Josh through his parents and growing up in Southern California. After spending a lot of time on the beach, helping to protect the oceans became a passion point for Josh.
In 2015, adidas announced a partnership with Parley for the Oceans, an environmental organization dedicated to raising awareness about the beauty and fragility of the oceans and to collaborating on projects that can end their destruction. Since then, adidas has supported Parley in both its educations and communication programs, whilst pioneering creative eco-innovations like Parley Ocean Plasticâ and transforming it into high-performance sportswear. In 2017 adidas sold over one million pairs of shoes made from reclaimed ocean plastics. Each pair of adidas x Parley shoes prevents approximately 11 plastic bottles from the possibility of entering our oceans.
“I have a lot of admiration for adidas partnering with Parley to both raise awareness for the preservation of our oceans and to help create a solution to affect positive change,” said Rosen. “In addition to partnering with adidas on the field, I just knew that this was something I had to be a part of off the field.”
Known for his intelligence, command of the game and surgical passing precision, Rosen was selected 10th overall in the 2018 NFL Draft after throwing for over 9,000 yards with 59 TD’s as a 3-year starter at UCLA. In his junior year, Josh led the Pac-12 in passing yards per game average (341.5) and set single season team records for passing yards per game average (341.5), total passing yards (3,756) and most consecutive games with a TD pass (14).
Rosen joins an adidas Football roster that includes 2017 NFL Rookie of the Year Alvin Kamara of the New Orleans Saints, 2016 Offensive Rookie of the Year and Pro Bowler Dak Prescott of the Dallas Cowboys, 2016 Defensive Rookie of the Year and Pro Bowler Joey Bosa of the Los Angeles Chargers, two-time NFL MVP (2011, 2014) Aaron Rodgers of the Green Bay Packers, Super Bowl 50 MVP Von Miller of the Denver Broncos and Pro Bowlers DeAndre Hopkins of the Houston Texans, Josh Norman of the Washington Redskins and Eric Berry of the Kansas City Chiefs, among others.
For more information on the adidas x Josh Rosen partnership and images of Josh, please visit http://news.adidas.com/US and join the conversation on Twitter and Instagram via @adidasFballUS and @josh3rosen #teamadidas.