Today, adidas Running celebrated the closing of Run For The Oceans 2018, a four-week-long global running initiative to fight marine plastic pollution, in partnership with Parley for the Oceans, raising $1 million in donations this year alone.
During the month-long initiative adidas mobilized athletes, creators and adidas Runners to join the movement, inspiring their followers to run as many kilometers as possible, tracking their progress with Runtastic and Joyrun. Together, runners from across the world covered a total distance of more than 12.4 million kilometers, harnessing the power of sport to generate awareness for the cause.
The money raised during Run For The Oceans will fund the Parley Ocean School initiative, which educates and empowers the next generation of Ocean Guardians through different experiences such as in-school and hands-on water activities. The program introduces youth to the underwater world and gives them the tools and inspiration to protect their future.
Over 13 cities around the world hosted their own Run For The Oceans events, including London, New York, LA, Paris, Barcelona, Milan, Berlin and Shanghai. Members of the adidas Runners community worldwide joined around 200 activities, along with athletes including Brazilian footballer Ricardo Kaká and German goalkeeper Marc-André ter Stegen, swim legend Ian Thorpe, Peruvian world-class surfer Gabriel Villarán, among many other ocean advocates.
Cyril Gutsch, Founder of Parley For The Oceans, said: “First we created ripples on the surface, then more and more waves. Run for the Oceans with nearly one million supporters around the world is showing the new dimension of our movement against plastic: We are growing a superstorm of change.”
Andre Maestrini, General Manager, adidas Sports Business Units, said: “Since 2015, adidas supports Parley in both its education and communication programs; it’s so inspiring to see the global running community come together for Run For The Oceans 2018, our most ambitious movement yet. Together with Parley we will continue to empower more and more people to use their love of running to spread awareness for the protection of our oceans.”
Ian Thorpe, adidas swimming athlete and Australian Olympic Gold Medalist, said: “Growing up in Sydney, the oceans have always been a big part of my life. It’s incredible to see that adidas are taking such significant and positive steps in helping everyone fight marine plastic pollution. Together, we can protect the future of our oceans for everyone to enjoy.”
For 2018, adidas has also launched a limited-edition UltraBOOST Parley and the UltraBOOST Parley Deep Ocean Blue, a visual representation that marine plastic pollution is not just a surface issue. As one of the leading sportswear brands in the world, adidas will continue to safeguard the oceans for future generations. Both are available to purchase now in-store and on adidas.com/Parley, RRP €200.
To review the Run For The Oceans, please click here and follow the conversation at @adidasrunning on Instagram, Facebook, Twitter and Youtube using #RunForTheOceans, #adidasParley, #UltraBOOST. 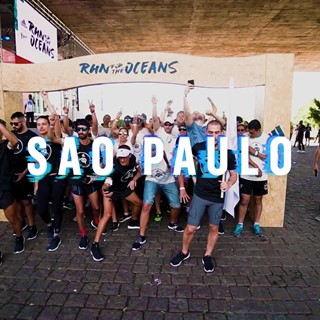