ADIDAS AND THE NHL UNVEIL SPECIAL-EDITION ADIZERO AUTHENTIC PRO JERSEYS FOR THE 2020 HONDA NHL® ALL-STAR GAME, REPRESENTING THE HOST CITY AND ALL 31 TEAMS

ADIDAS AND THE NHL UNVEIL SPECIAL-EDITION ADIZERO AUTHENTIC PRO JERSEYS FOR THE 2020 HONDA NHL® ALL-STAR GAME, REPRESENTING THE HOST CITY AND ALL 31 TEAMS 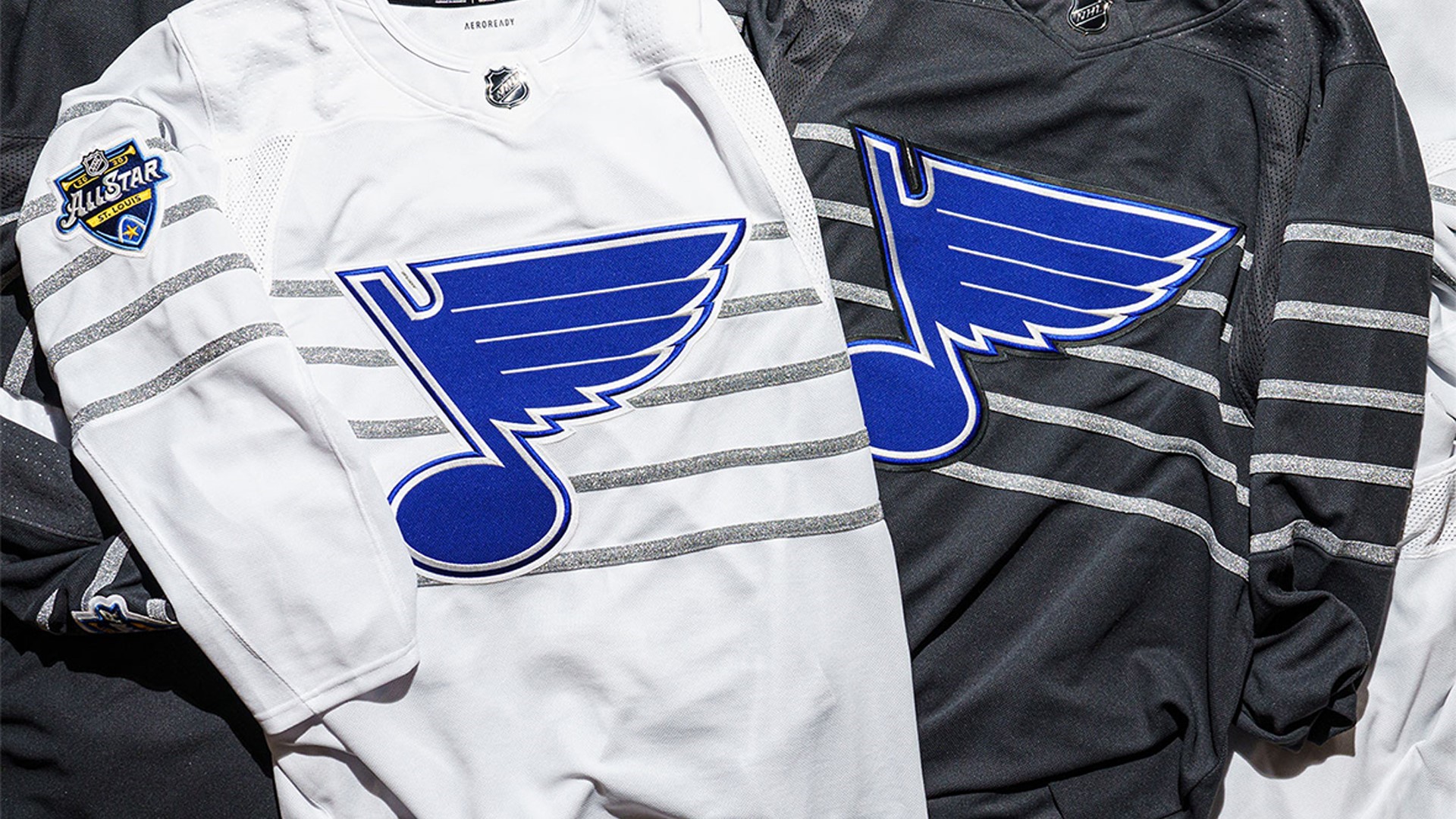 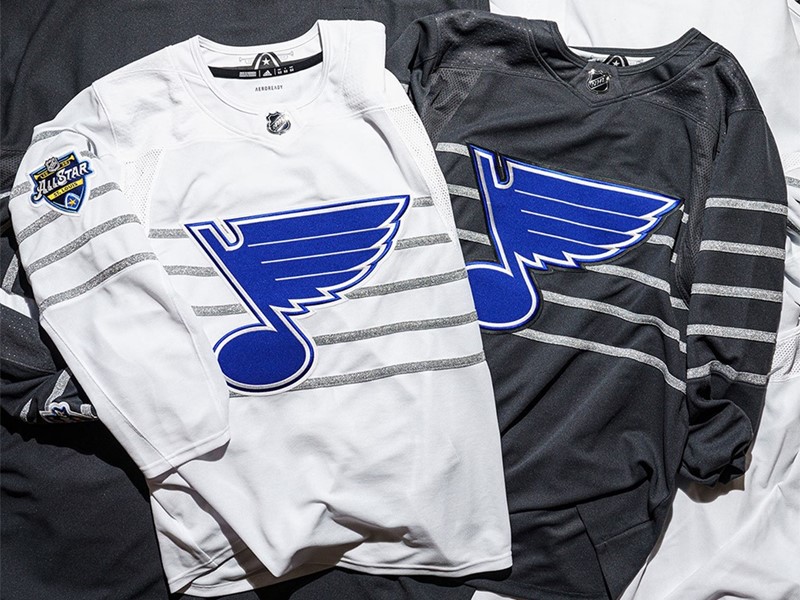 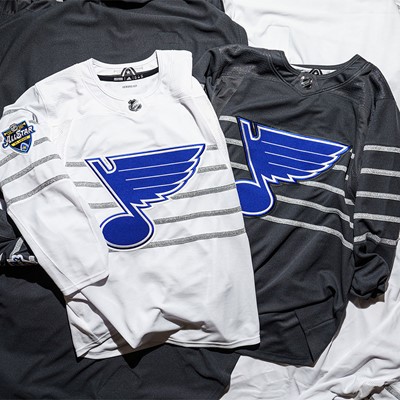 adidas and the National Hockey League (NHL) today unveiled the ADIZERO Authentic Pro uniforms for the 2020 Honda NHL® All-Star Game. This year’s jerseys pioneer a revolutionary look by pulling design inspiration from the league’s 31 teams and fusing those elements with the renowned musical scene from the Game’s host city, St. Louis.

The NHL’s best players will take the ice championing their team’s crest created with each team’s respective colorway. Last year marks the first time that team logos were featured on the chest of NHL All-Star jerseys in black and white colorways.

To pay homage to the original sweaters of the St. Louis Blues and to transform the city’s acclaimed rhythm and blues history into a tangible form, the 2020 Honda NHL® All-Star Game jersey’s striping mimics a musical staff along the front and sleeves of the jersey. As another nod to the host city, the stitching elements are conducted in an eye-catching silver thread, inspired by the iconic Gateway Arch.

For each of the four teams included in the 2020 Honda NHL® All-Star Game (one to represent each NHL division; Atlantic, Central, Metropolitan, Pacific), the home team will wear grey jerseys and the away team will be represented in white jerseys. Additionally, the design includes white, grey and silver detailing throughout the jerseys, along with a Blues’ trumpet floating above a St. Louis Gateway Arch graphic within the neckline.

At the forefront of innovation, design and craftsmanship, the adidas ADIZERO Authentic jersey takes the hockey silhouette to the next level by redefining fit, feel and lightweight construction. The adidas ADIZERO Authentic jersey is lighter, cooler, and stronger — featuring twill numbers that reduce weight, adidas Clima® technology that combines moisture management with breathability and maximized circulation to keep players cool, and Aeroknit fabric for a full range of motion and durability.

On Wednesday, Jan. 8, the special-edition adidas ADIZERO Authentic Pro NHL All-Star jerseys will be available online at adidas.CA, NHLShop.com, NHLShop.ca and at NHL team stores. For more information and images of the new jerseys, please visit www.adidas.com and join the conversation on Twitter and Instagram via @adidasHockey, @adidasca, @NHL #teamadidas #NHLAllStar

About adidas
adidas is a global designer and developer of athletic and lifestyle footwear, apparel and accessories with the mission to be the best sports brand in the world. As an innovation and design leader, adidas engineers the best in high-performance products to make athletes better, faster and stronger and creates a range of classic and fresh lifestyle and high-fashion lines.

About the NHL
The National Hockey League (NHL®), founded in 1917, consists of 31 Member Clubs and proudly welcomes its 32nd franchise, based in Seattle, for the 2021-22 season. Each team roster reflects the League’s international makeup with players from more than 20 countries represented, all vying for the most cherished and historic trophy in professional sports – the Stanley Cup®. Gary Bettman has served the NHL as Commissioner since February 1, 1993 and has guided the world’s top professional hockey league to more than $5 billion in annual revenues and partnerships with more than 40 blue chip corporate sponsors. Every year, the NHL entertains more than 670 million fans in-arena and through its partners on national television and radio; more than 151 million followers - league, team and player accounts combined - across Facebook, Twitter, Instagram, Snapchat and YouTube; and more than 100 million fans online at NHL.com. The League broadcasts games in more than 160 countries and territories through its rightsholders including NBC/NBCSN and the NHL Network™ in the U.S., Sportsnet and TVA in Canada, Viasat in the Nordic Region, Yandex in Russia and CCTV and Tencent in China. The NHL reaches fans worldwide with games available online in every country including via its live and on-demand streaming service NHL.TV™. Having entered the esports world in 2018, the League hosts the NHL Gaming World Championship™ annually, drawing record digital streaming audiences during the 2019 campaign. Fans are engaged across the League’s digital assets on mobile devices via the free NHL® App; across nine social media platforms; on SiriusXM NHL Network Radio™; and on NHL.com, available in eight languages and featuring unprecedented access to player and team statistics as well as every regular-season and playoff game box score dating back to the League’s inception, powered by SAP. The NHL is committed to building healthy and vibrant communities through the sport of hockey by increasing youth participation and engagement; fostering positive family experiences; promoting inclusion, positive culture and leadership; and supporting sustainable community impact.

NHL and the NHL Shield are registered trademarks and the NHL All-Star logo and NHL All-Star Skills name and logo are trademarks of the National Hockey League.  NHL and NHL team marks are the property of the NHL and its teams.
© NHL 2020.  All Rights Reserved. 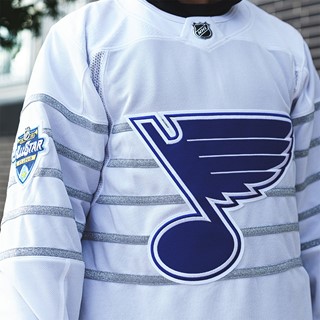 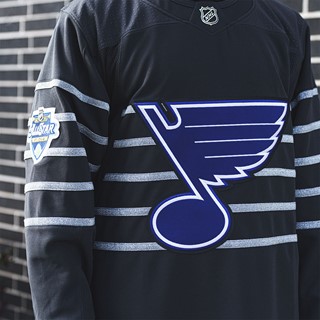 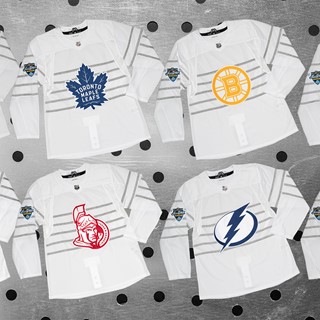 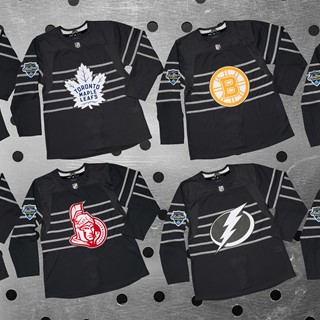 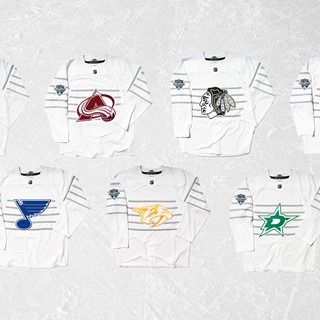