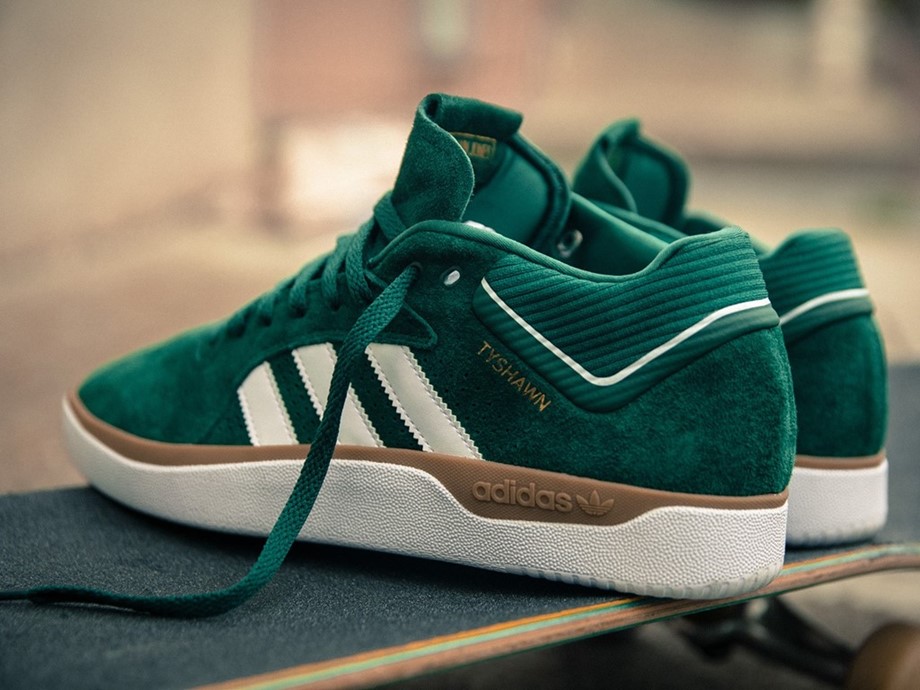 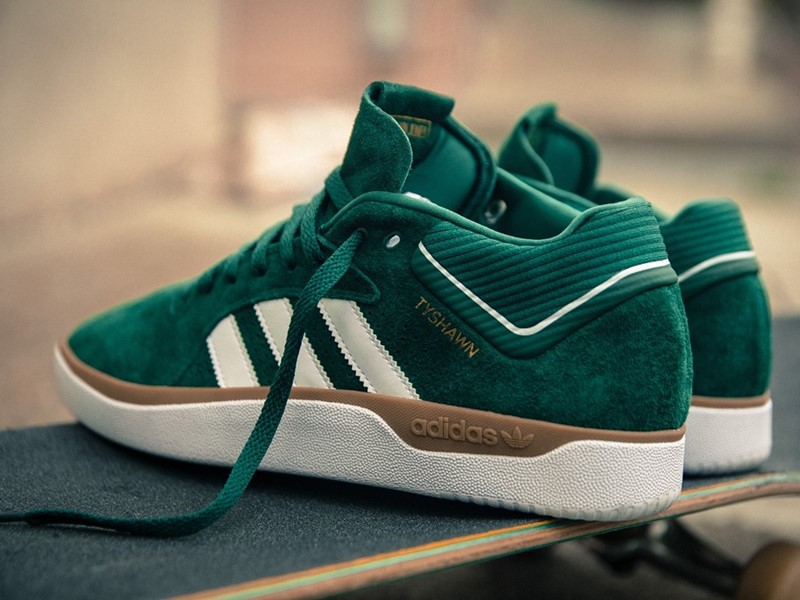 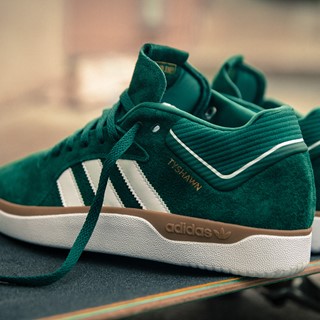 Created side-by-side with former pro skater and Footwear Design Director, Scott Johnston, the silhouette is a visual statement built for and tested by Jones himself. Releasing this week, the sneaker will be accompanied with a visual short directed by skateboarding filmmaker and longtime friend of Jones, William Strobeck.

Jones reveals when discussing his signature silhouette, “ It symbolizes that if you keep working hard, you can get the things you actually want and dream-—you just have to go through the stepping stones. ”

In addition to his signature sneaker, Tyshawn has co-designed two apparel pieces for the FW19 delivery. Jones adds a nod to his bulldog Snickers, embroidering the crowned canine into the iconic black and white Firebird track jacket. The piece pays homage to the day Jones signed to the brand, wearing the same jacket choice back in 2014. Triple white cargo pants complement the outerwear, sporting the same bulldog motif and detachable pant legs.

The Green/White Tyshawn colorway will retail for $85 USD with its apparel counterparts, the TJ Firebird and Cargo pant , retailing for $85 USD and $80 USD. Each piece will be available from July 18th at specialty skateboard retailers worldwide and on the adidas Skateboarding website. 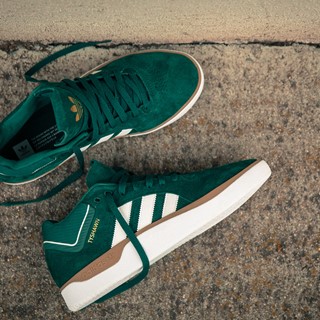 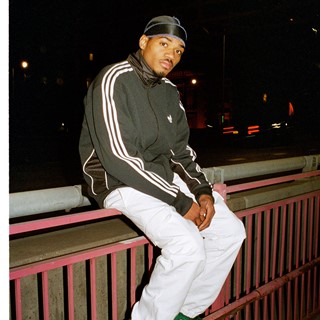 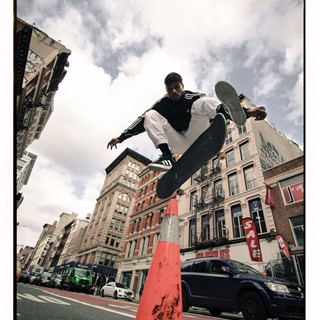 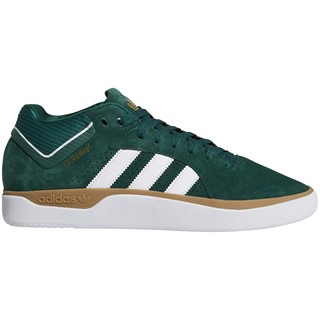 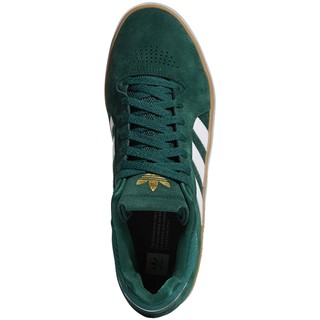