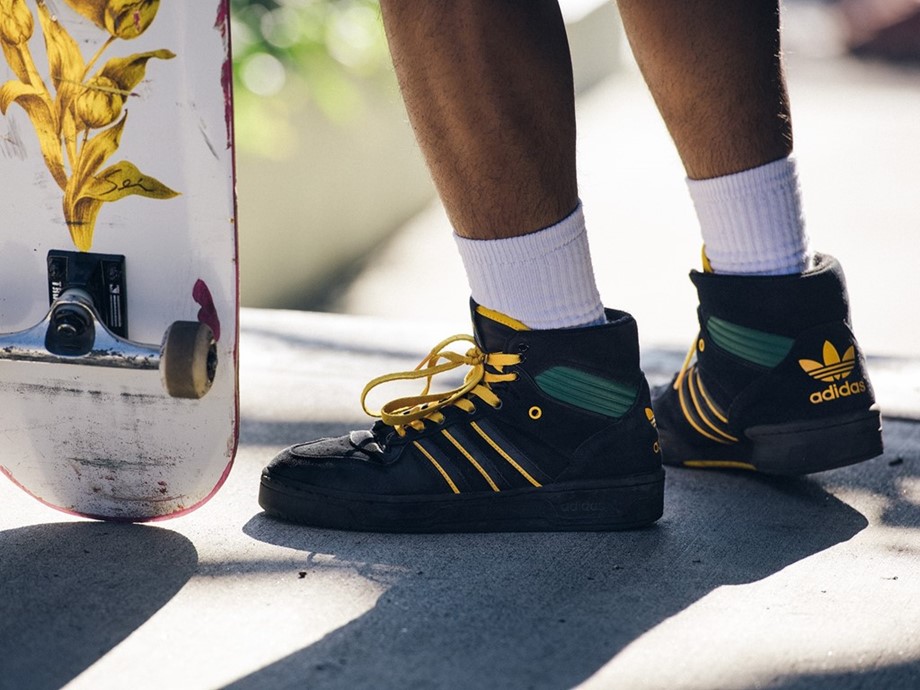 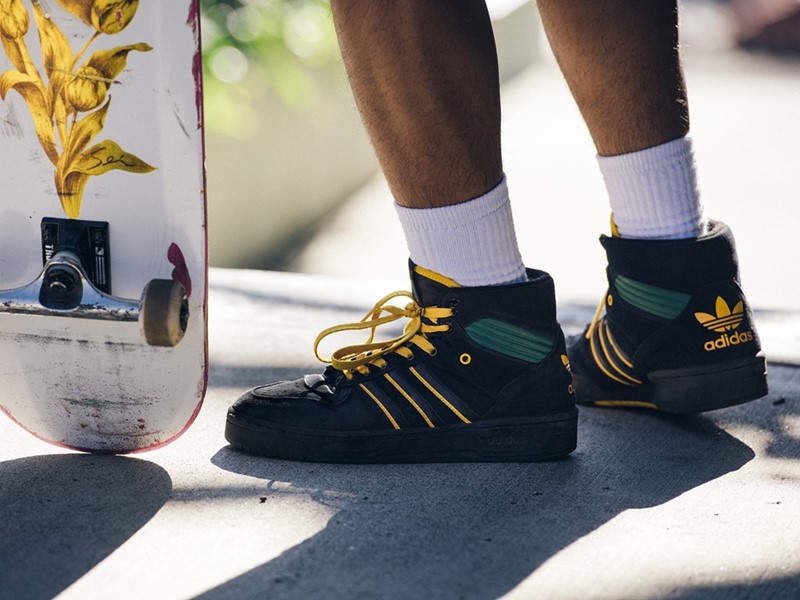 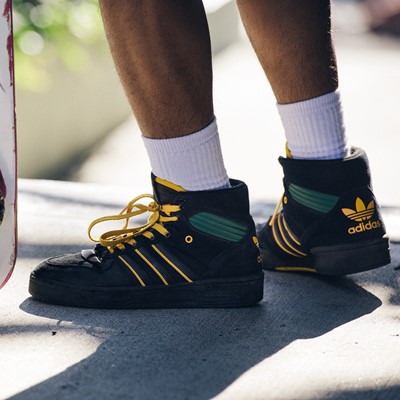 adidas Skateboarding taps Pro rider and rapper, Na-Kel Smith to reimagine an archival classic for skateboarding. Debuting this month, the Rivalry Hi OG by Na-Kel receives a custom overhaul, courtesy of the skater’s bold personality and performance upgrades that repurpose the iconic court style for the street.

“[The Rivalry Hi OG] was originally a gift from adidas. I wore it so much that they asked if I wanted to release it,” Nak revealed about the silhouette.

Fusing the best of basketball and skate, the release boasts a high-top, classic cupsole in an all-black colorway, accented with collegiate gold and green and retro-inspired Na-Kel branding. A blended suede and synthetic upper offers unrivaled durability, matched with a die-cut sockliner for all-over comfort and sticky rubber outsole for precision grip. 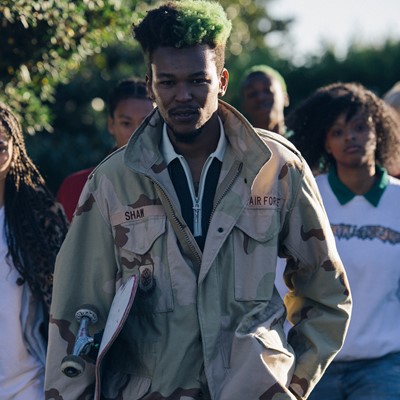 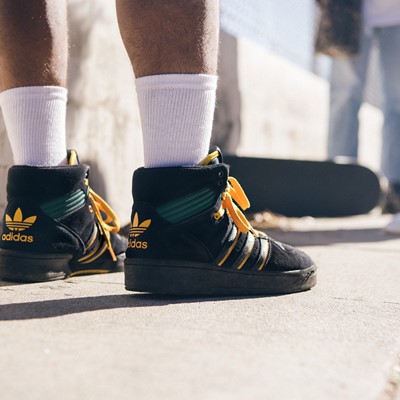 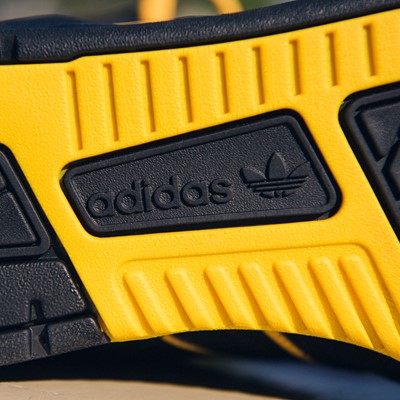 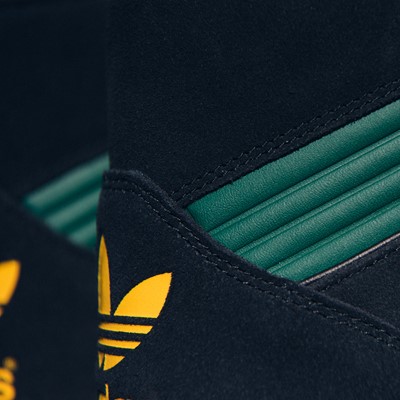 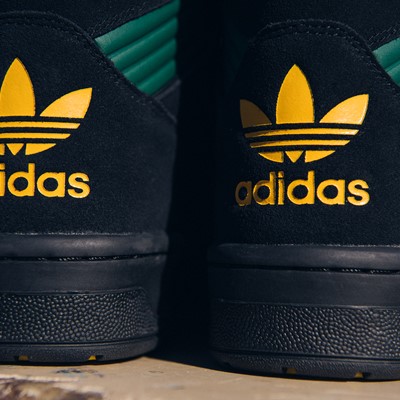