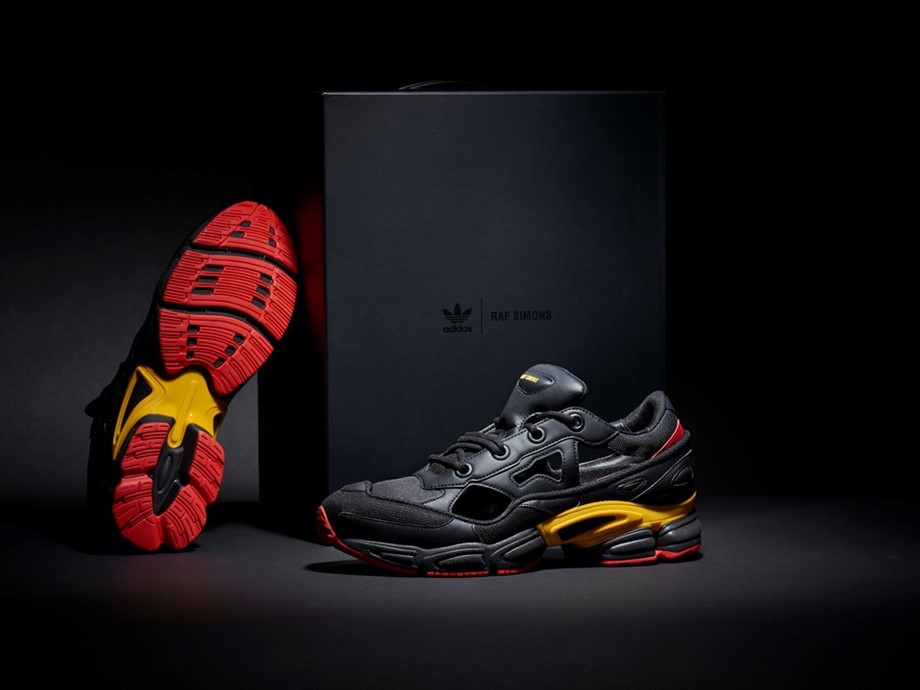 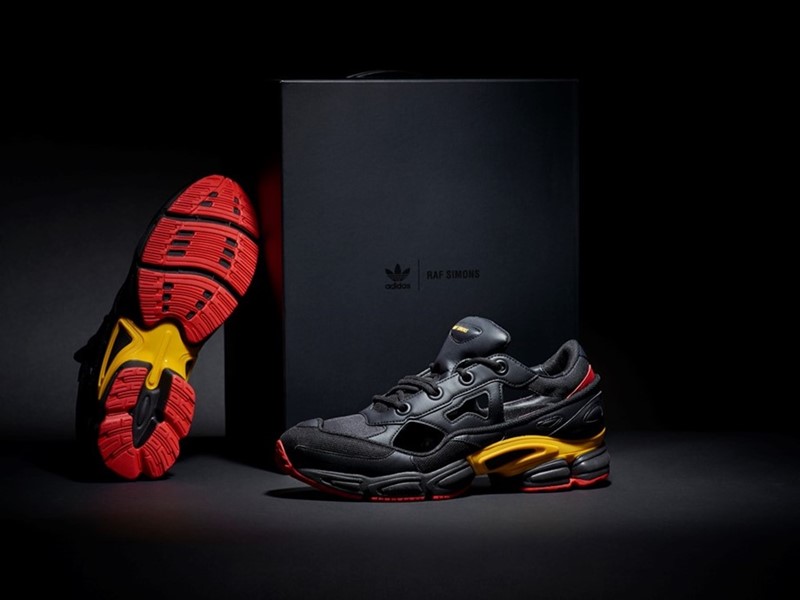 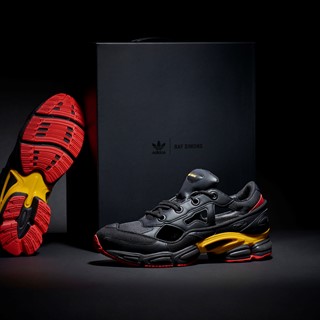 In celebration of Belgian National Day, held on July 21, adidas by Raf Simons pays tribute to the designer’s home country with an exclusive new colorway of the RS Replicant Ozweego runner. Together with a recently released American edition, the new Belgian version completes a duo of nation-specific designs. They embody Simons’ pride for his birth country, Belgium, and his admiration for his country of current residence, the United States.
Both variants are updates to the RS Replicant Ozweego, a deconstructed style first introduced for Spring/Summer 2018. Here, Simons skins the iconic runner in the colors of the Belgian flag. He envisions the shoe’s progressive two -layer, mesh- and-synthetic upper in solid black, its EVA heel cap in lemon yellow, and its rubber outsole in cardinal red.
A singular statement and a paragon of contemporary design, the RS Replicant Ozweego is defined by distinct cut-out panels in place of the original RS Ozweego’s transparent silicone windows. The shoe will be packaged in an exclusive boxed set, each pair sold with three sets of matching geometric-printed knit socks.
The Belgian National Day limited edition receives a selective retail introduction at only 50 stores worldwide on the 12th July.
RRP: 350GPB | 400EUR | 450USD | 55000JPY 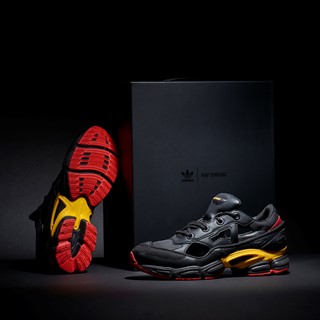 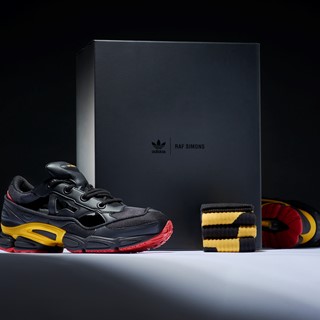 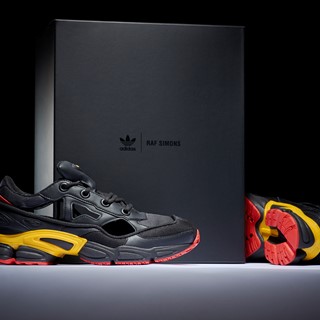 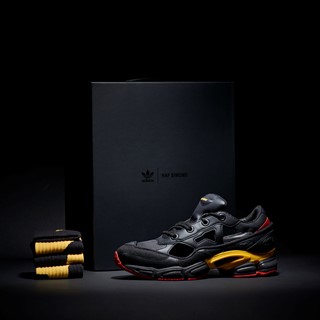 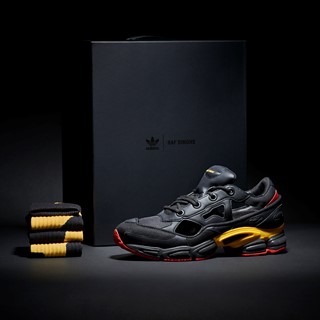