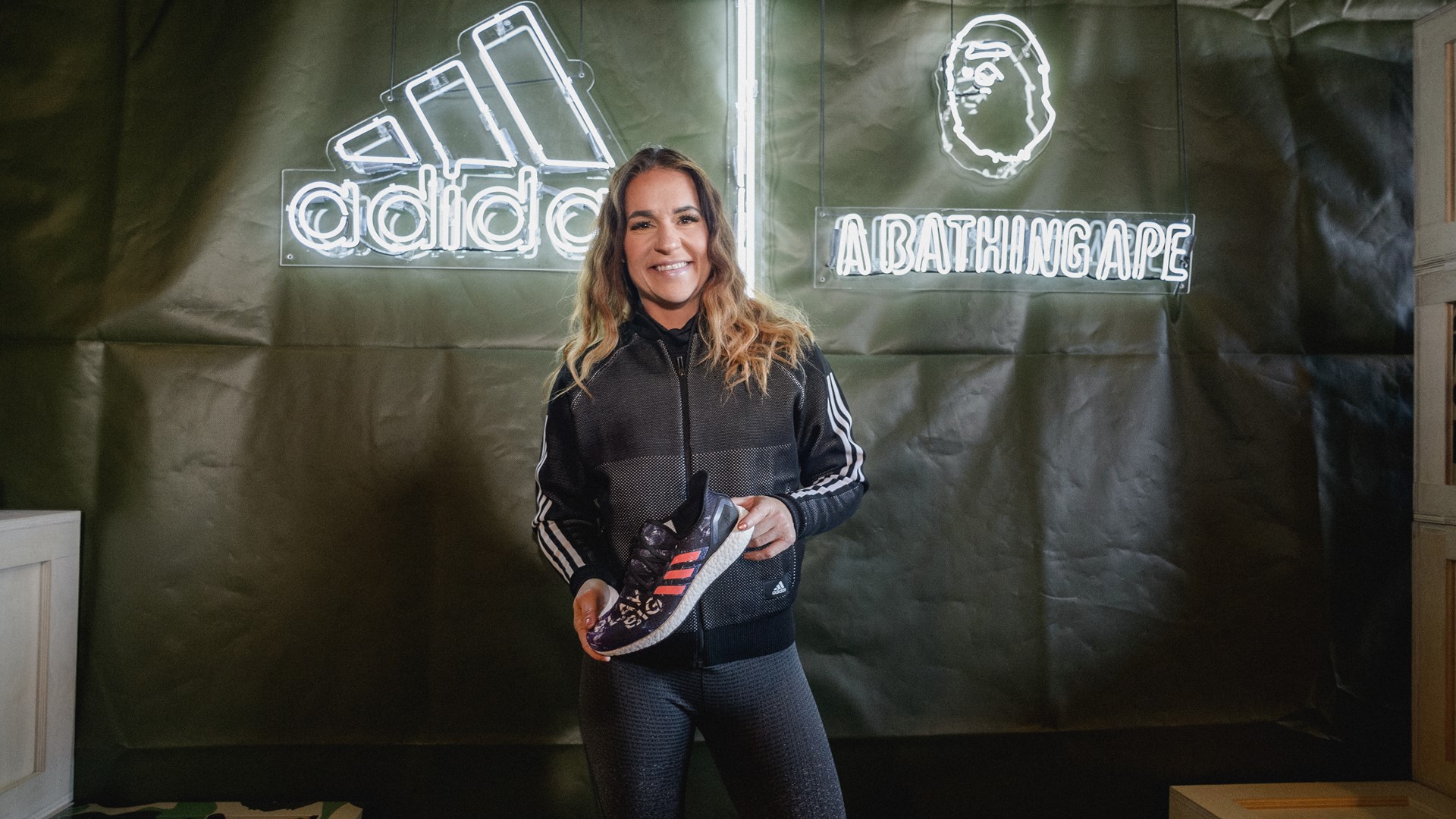 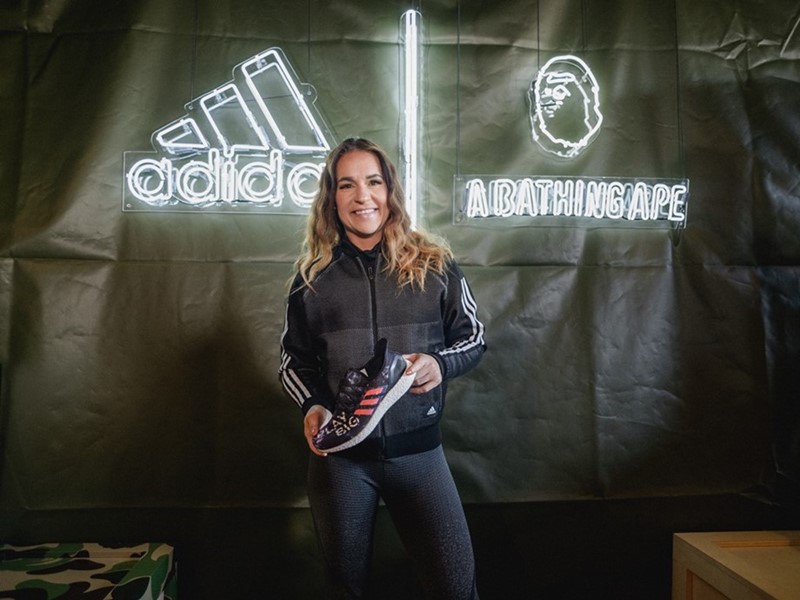 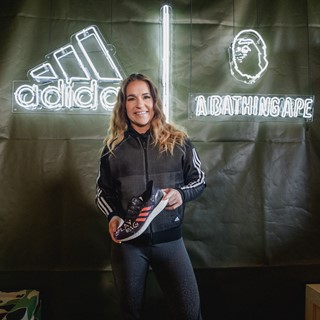 Today adidas and Coach Welter kicked off the first girls’ flag football camp in Atlanta, as part of a series that adidas will co-host with Jen to serve underprivileged kids across the U.S. in 2019, including Atlanta, New York, Los Angeles, Boston, Miami and Dallas. As part of the partnership, adidas and Dr. Welter will explore new ways to increase access to the sport for young girls, including utilizing the camps to secure digital data from female athletes to help inform the future creation of adidas women’s products. In addition to coaching, mentoring, and teaching life skills at the flag football camps, Dr. Welter will play an integral role in brand initiatives and marketing campaigns.

“We believe that through sport, we have the power to change lives and as a brand we want everyone to have equal access to sport. We’re extremely excited to welcome Dr. Jen Welter to the adidas family and partner with her to help inspire and empower girls to play football,” said Jeff McGillis, VP of U.S. Sports at adidas. “Our mission is to help athletes perform better, and this new partnership is a leap forward in our efforts to create products specifically designed for the elite performance of female athletes.”

“It’s been said, football is the final frontier for women in sports, and so I always believed through football we could change the world,” said Dr. Jen Welter. “I consider myself a Creator on and off the field and this partnership with adidas takes women and girls from the final frontier to the forefront of innovation, I am honored to join the adidas family as we work towards equal footing in sports!”

To welcome Jen to the adidas family, the 3-Stripes brand created the revolutionary adidas Made For Jen Welter (AM4JEN), the first women’s football cleat digitally created at SPEEDFACTORY USA in Atlanta, GA. In a direct collaboration with Dr. Welter, adidas designers crafted one-of-one custom cleats that both represent her inspirational story and are tuned for her unique functional product needs.

Highlighting Dr. Welter’s accomplishments on and off the field, a graphic representing the barriers which she continues to break on a daily basis is fused with the colorways of her current team, “The Atlanta Legends.” Additional design details include Jen’s handwritten, motivational coaching phrases to “coach from within” emblazoned onto the sock liners and Dr. Welter’s signature and key dates commemorating times in both her playing and coaching career are laser-engraved on the rear quarter panel of the cleats.

Taking digital 3D scans of Dr. Welter’s foot, a personalized asymmetric “Patch Placement” of TPU support structures were configured to meet the specific needs of her individual movements. Data-driven and digitally produced, the AM4JEN incorporates an advanced four-way stretch mesh collar for a sock like fit and a Primeknit upper for maximum breathability and unparalleled comfort. The upper is powered by a SRPINTFRAME with strategically placed SPRINTSTUDS in a rotational traction zone that is engineered for lightweight, multi-directional speed, strength and unrivaled traction.

adidas is a global designer and developer of athletic and lifestyle footwear, apparel and accessories with the mission to be the best sports brand in the world. As an innovation and design leader, adidas engineers the best in high-performance products to make athletes better, faster and stronger and creates a range of classic and fresh lifestyle and high-fashion lines.

Jennifer Welter is a trailblazer in the sport of football and currently serves as a Defensive Specialist Coach for the Atlanta Legends of the Alliance of American Football (AAF). Welter is the first woman to coach in the AAF and had previously coached inside linebackers for the National Football League's Arizona Cardinals during their training camp and the 2015 preseason. The signing with the Arizona Cardinals made her the first female coach in the NFL. In 2014, Welters was the first woman to suit up at running back on a men’s football team, playing for the Texas Revolution of Champions Indoor Football. 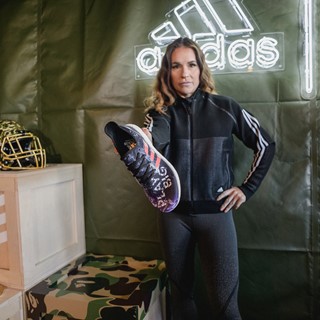 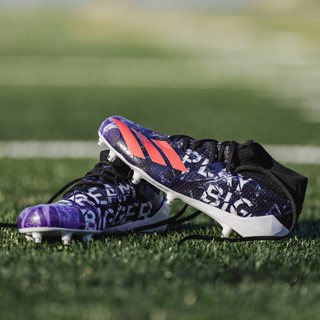 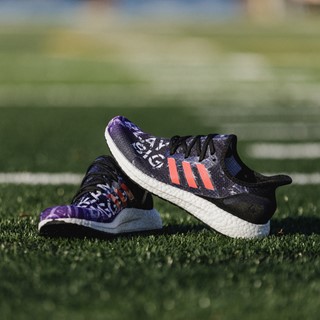 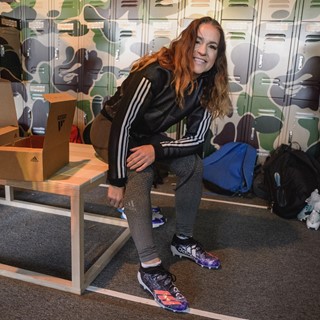 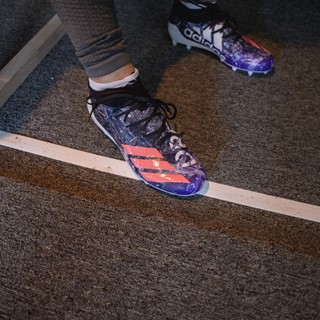