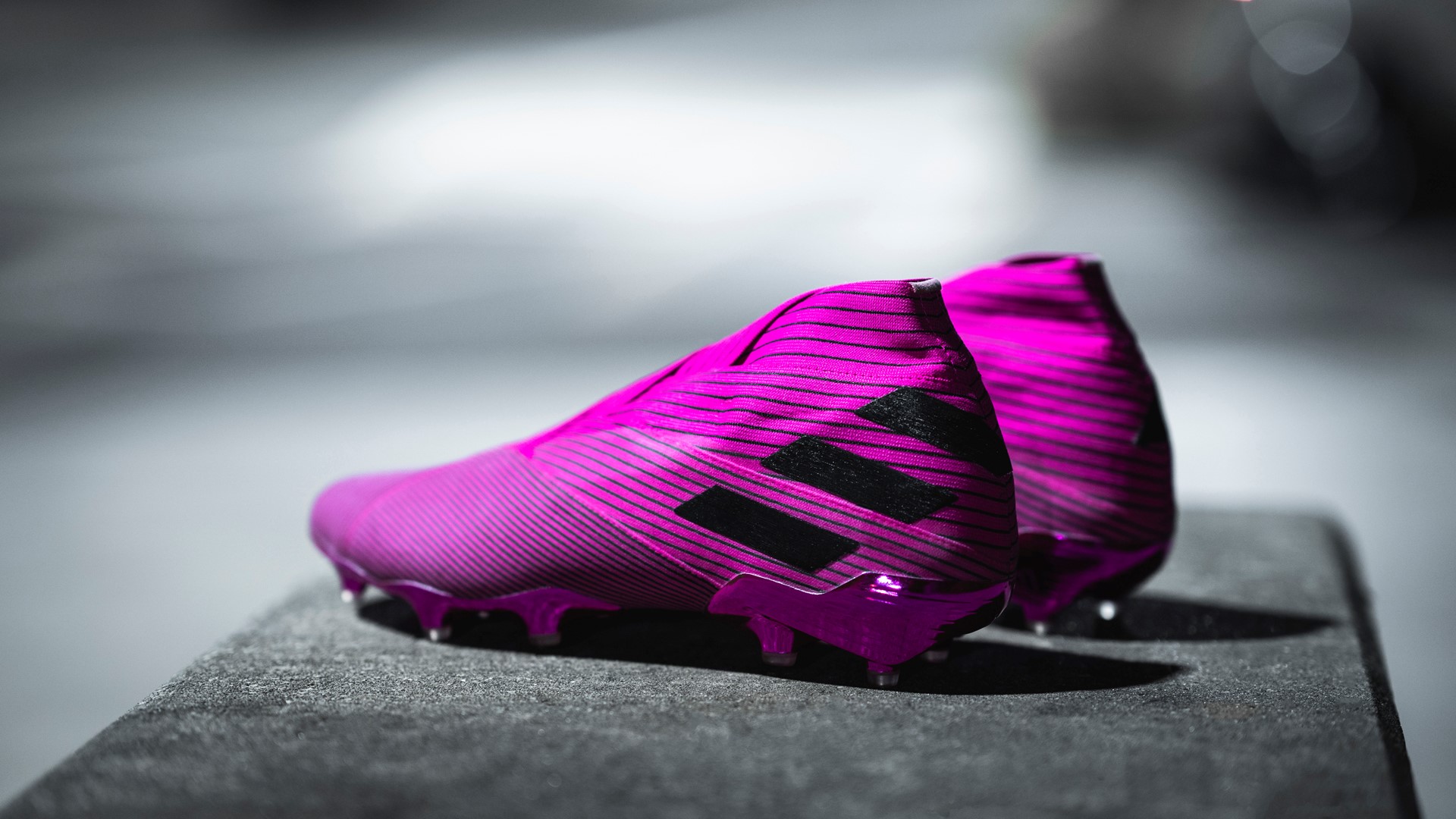 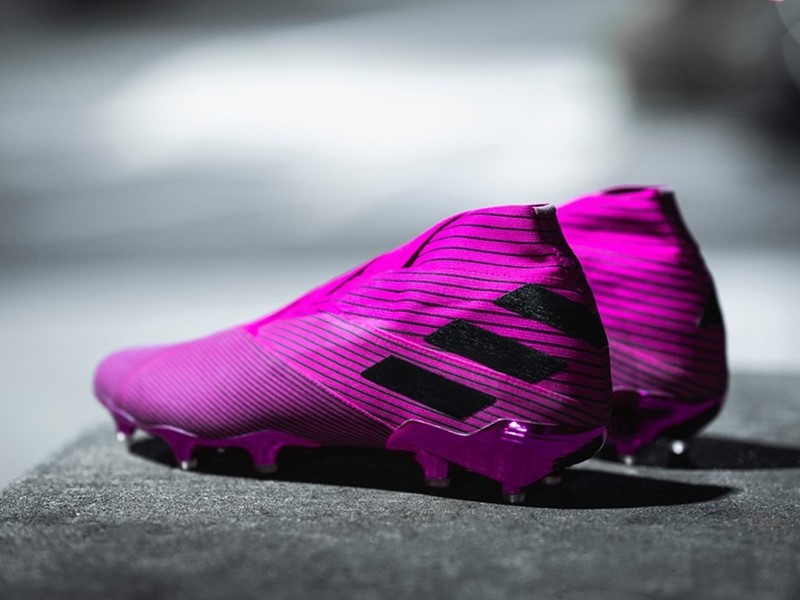 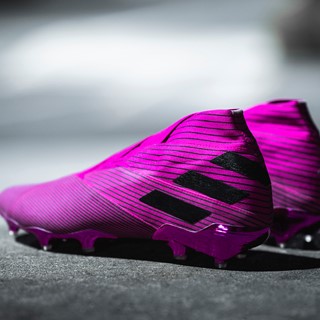 adidas Soccer reveals the Hard Wired pack, a striking color refresh for each of the four adidas boot silos - COPA, PREDATOR, X and NEMEZIZ. As soccer returns, Hard Wired will be on the feet of the world’s best players, including Paul Pogba, Paulo Dybala, Mohamed Salah and Leo Messi.
The Hard Wired boot pack sees adidas’ PREDATOR, COPA, X and NEMEZIZ silos given an updated look of bright solar green, aqua blue and magenta. The iconic COPA silhouette, built for those with a flawless touch, now comes in dazzling solar green with a black COPA logo contrasting on the boot’s heel. The PREDATOR boot, for fearless creators on the pitch, will now have a bright blue upper, combined with a black sockfit collar and flashes of yellow have been applied to the studs.
The new-look X, a boot build for speed, has been recrafted in a piercing blue, with the X logo on the boot’s heel and tip of the studs each highlighted in a strong magenta contrast. The NEMEZIZ, designed for the unexpected, now reimagined in a bold magenta with subtle black and white detailing across the adidas logo and studs, complement the striking new color.
The Hard Wired pack will be arriving online and in adidas stores beginning July 30th.
For further information please visit adidas.com/us/soccer or follow @adidasfootball on Instagram or twitter to join the conversation. 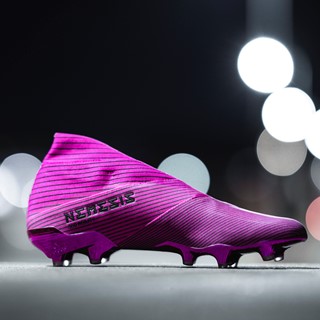 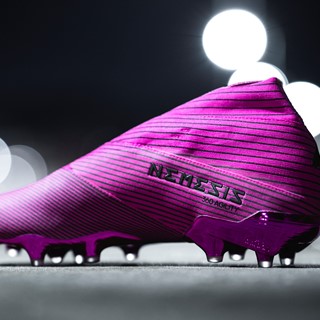 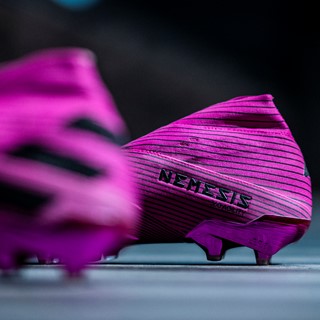 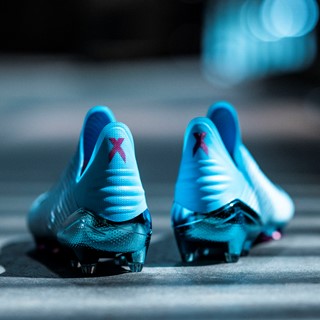 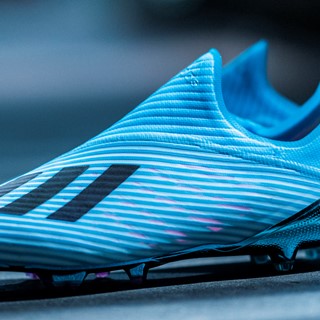