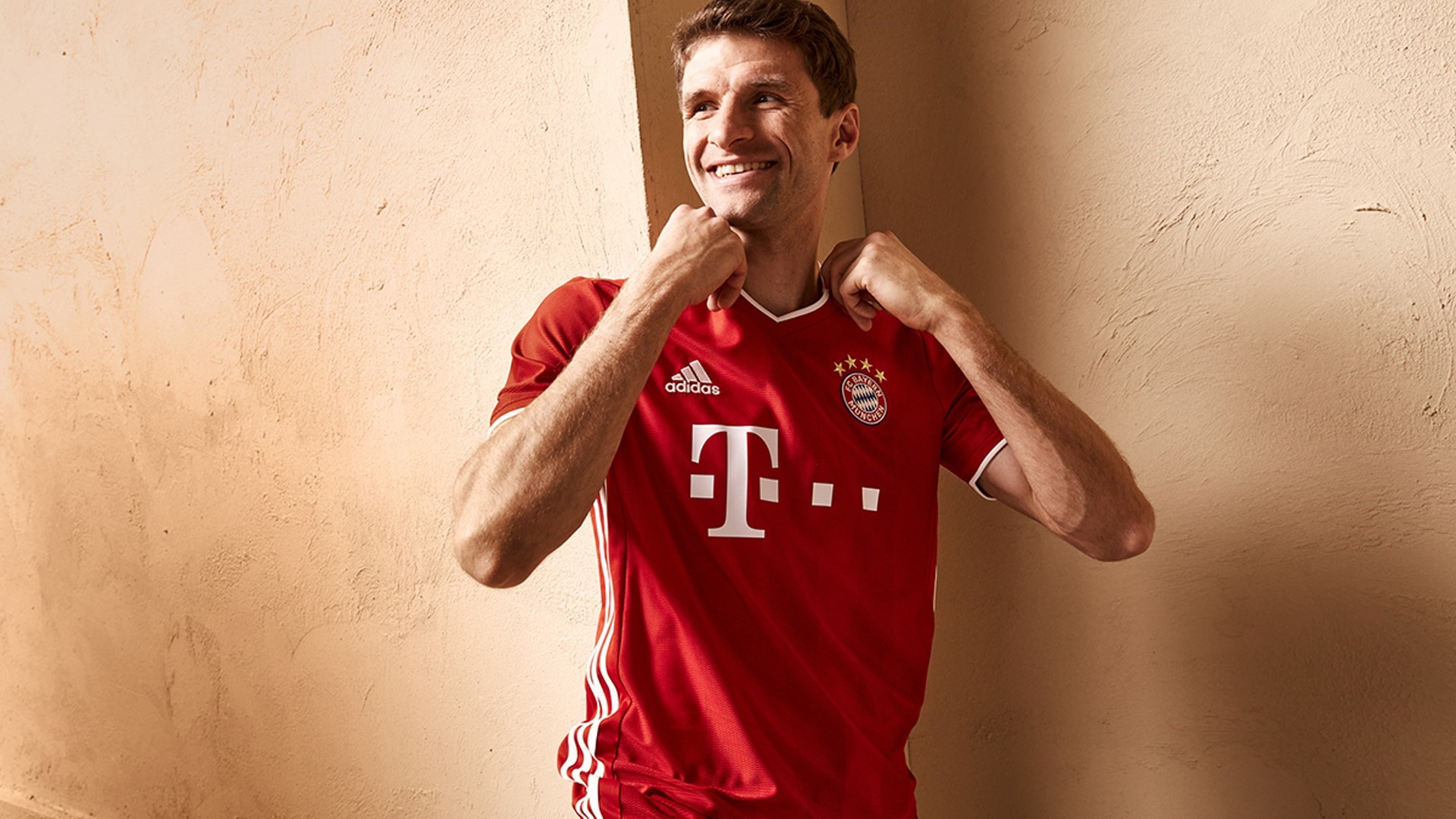 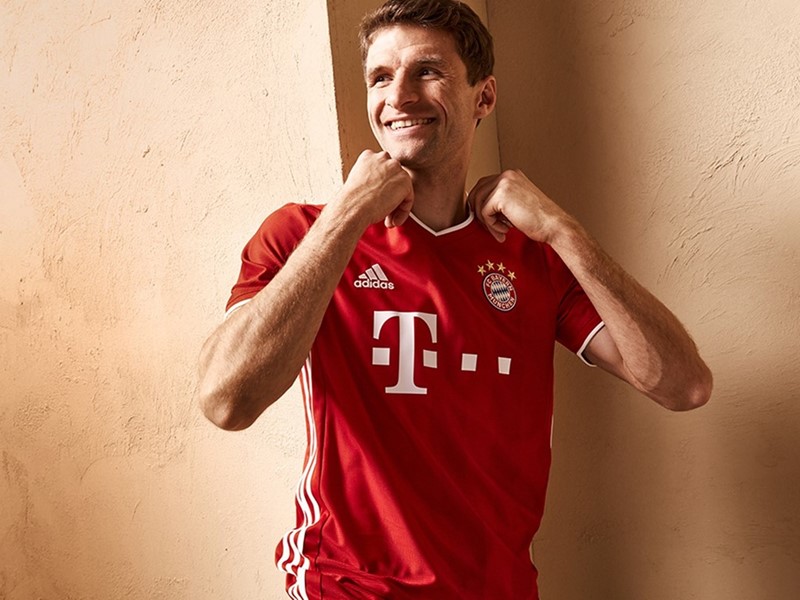 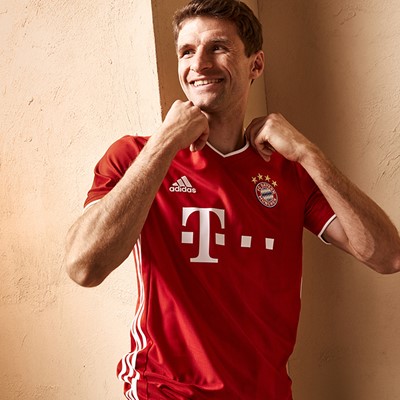 The jersey is designed in classic club colors of ‘FC Bayern true red’ and white. The familiar look unites the club's sense of tradition and the bond with the entire FC Bayern Munich family, through the club mantra, "Mia san mia" lettering - meaning ‘we are who we are’ - emblazoned on the neck. Stripe details worked into the fabric give the red shirt a fresh look, while fine white edges on the collar and sleeves compliment this design element. Red shorts and socks complete the players' home kit for the 20/21 season, whilst the goalkeepers will play in a blue-green jersey.

The new home design will be seen on-pitch for the first time this evening (June 10th), as the club look to finish the remainder of the 2019/20 season with further domestic success. The 2020/21 home kit is available as of today exclusively at adidas.com/football, in the FC Bayern Online Store as well as in selected adidas and all FC Bayern Stores, and from June 17th at retail partners.

The pitch-version features a functional fit and adidas HEAT.RDY technology and is available for 129.95 EUR. A stadium version is also available at EUR 89.95.

About adidas in Football 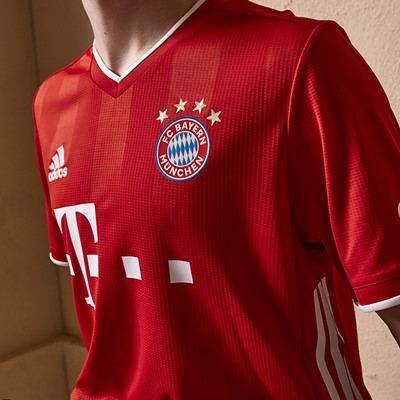 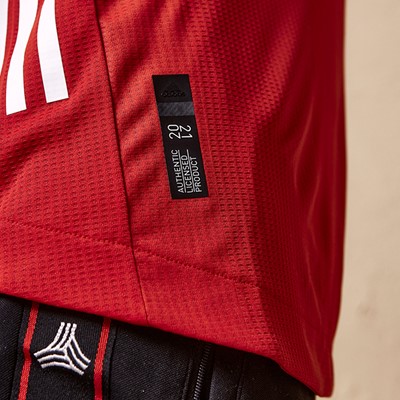 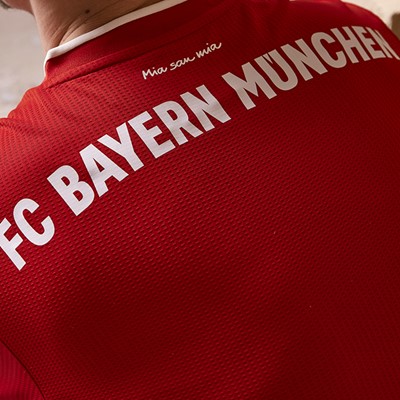 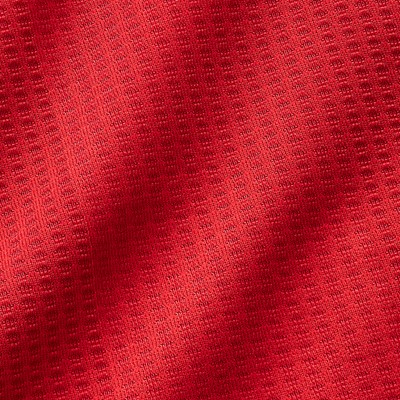 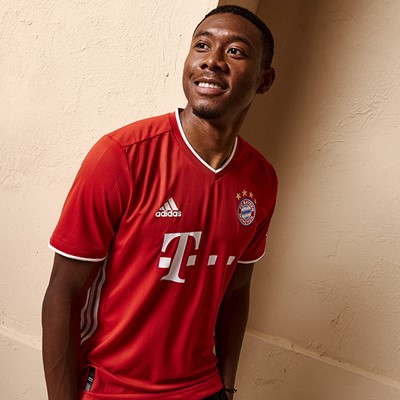