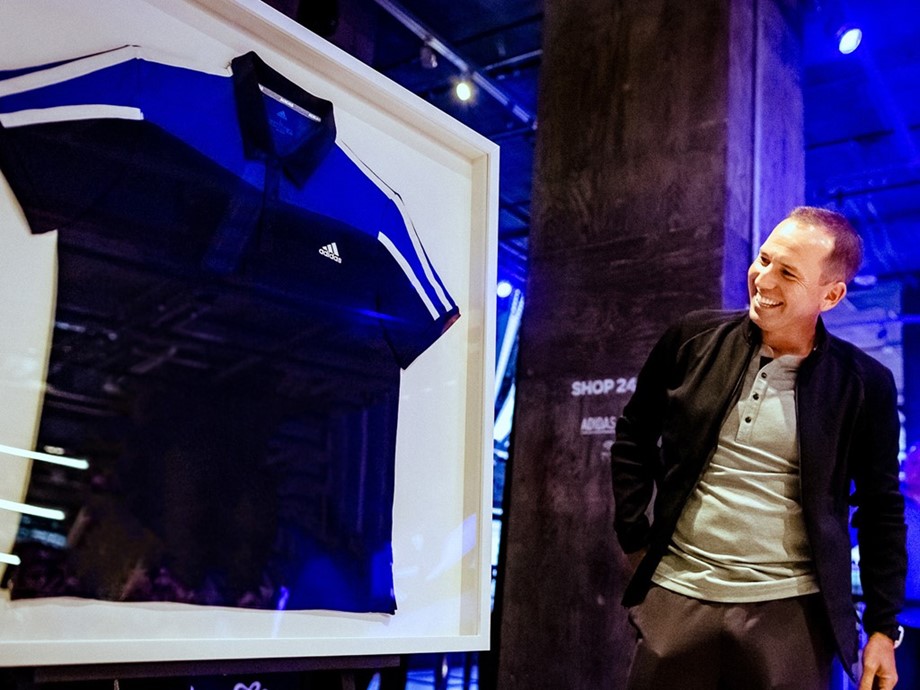 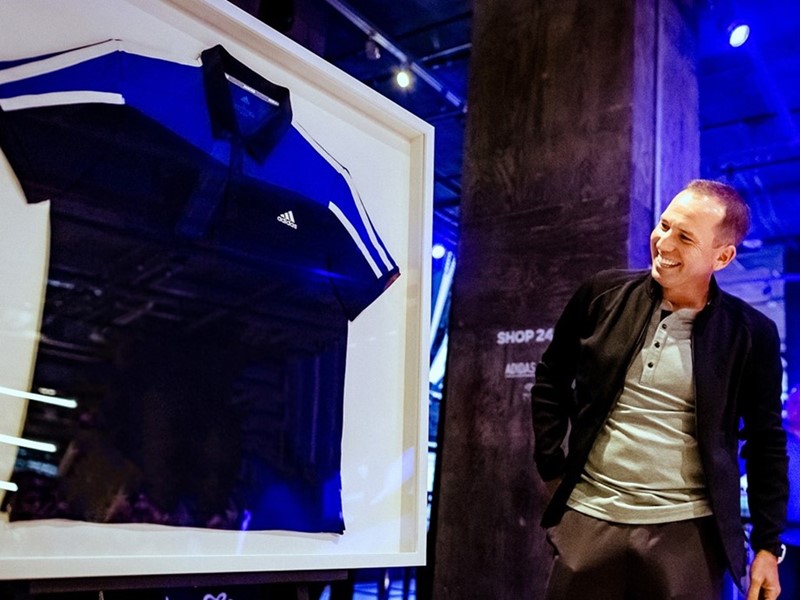 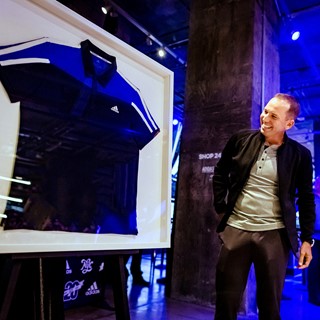 In 1999, a 19-year-old named Sergio Garcia burst onto the golf scene at the PGA Championship when he hit an eyes-closed shot behind a tree in the final round and jumped his way up the fairway. Today, adidas Golf is commemorating that special moment by offering a throwback limited-edition polo to celebrate the 20-year relationship between Garcia and the brand. The limited-edition polo patterned after the design he wore in 1999 will be available in limited quantities at the adidas flagship store on Fifth Avenue in New York City and on adidas.com beginning May 14 at 8 a.m. PT.
To celebrate the 20-year relationship, adidas looked to one of the most iconic moments in Sergio’s career: the final round of the 1999 PGA Championship. Then relatively unknown, the 19-year-old Garcia captured the attention of golf fans around the globe by nearly winning the Wanamaker Trophy in his first attempt. Fans will remember one moment in particular during that final round when he hit his tee shot on the 16th hole at Medinah Country Club. His ball came to rest behind a large oak tree just off the fairway, assumedly blocking any chance to reach the green. Much to the surprise of announcers and viewers alike, Sergio found a way to hit an eyes-closed shot, running and jumping his way up the fairway after he hit it to see if his ball had found the green. It had.
During this unforgettable moment in the final round, Sergio was wearing a unique adidas Golf polo design taking in hues of dark and light blue with a bold and expressive white 3-Stripes pattern across both shoulders. To remember that historic shot, adidas designed a limited-edition throwback design of this polo, which Sergio will wear in the first round of the 2019 PGA Championship. The limited-edition polo ($65) will only be available at the adidas flagship store on Fifth Avenue in New York City and online at adidas.com beginning at 8 a.m. PT on May 14.
Garcia turned professional after earning low-amateur honors at the Masters Tournament in 1999. Upon joining the professional ranks, Garcia entered into an agreement with adidas to wear apparel and footwear on the course. 20 years later, Garcia joins an elite group of athletes – David Beckham, Steffi Graf, Stan Smith, to name a few – to have more than a 20-year relationship with the 3-Stripes.
“Anytime you can look back and say you’ve had a relationship with an athlete for more than 20 years, that’s a unique moment,” said Jeff Lienhart, president, adidas Golf. “Sergio has been one of our greatest creators and we consider him part of the family. We’re wishing him continued success both on and off the course.”
As a tribute to the 20-year relationship with adidas, the brand will also be releasing a special 60-second video where Sergio talks about the 20 years since turning pro and that iconic shot from the 1999 PGA Championship. The video will live from @adidas social handles and on YouTube, debuting at 6:30 p.m. ET on May 13.
In addition to the limited-edition polo being worn Thursday at the PGA Championship, Sergio will be wearing various versions of the Ultimate365 polo throughout the tournament, all with varying hits of blue. He’ll wear the Ultimate365 Dash Stripe Polo ($75) on Friday, the Ultimate365 Climacool Solid Polo ($75) on Saturday, and the Ultimate365 3-Stripes Heather Polo ($65) on Sunday. All of his outfits will be paired with either the Ultimate365 3-Stripes Tapered ($90) or Ultimate365 3-Stripes ($80) Pants. 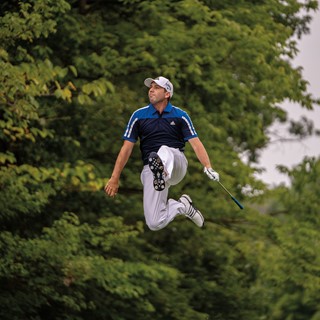 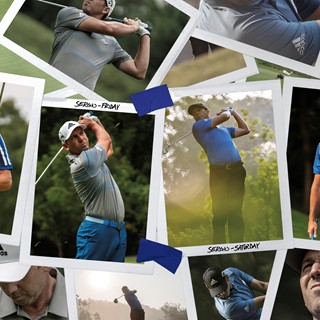