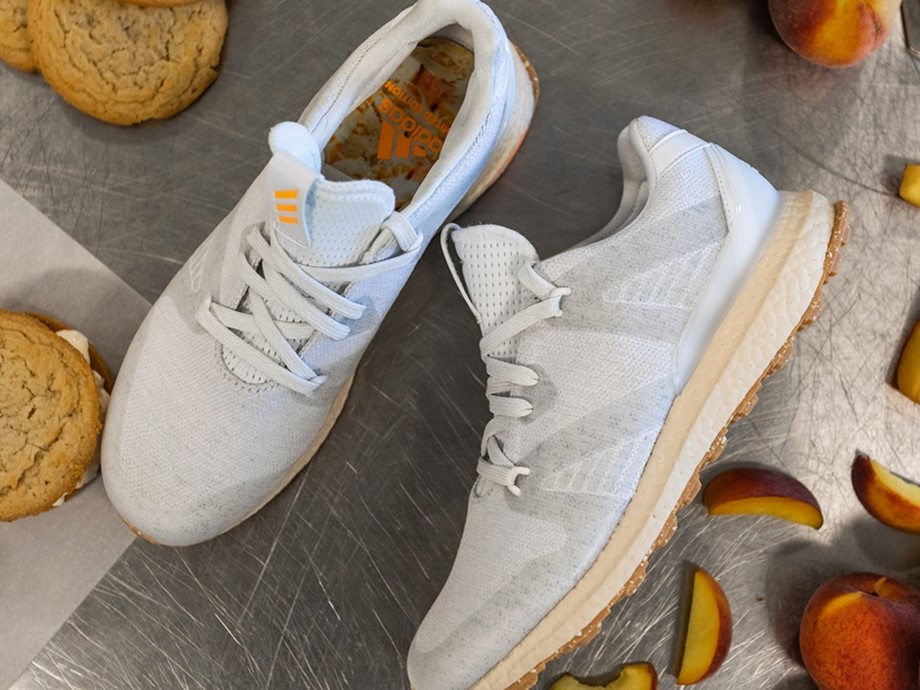 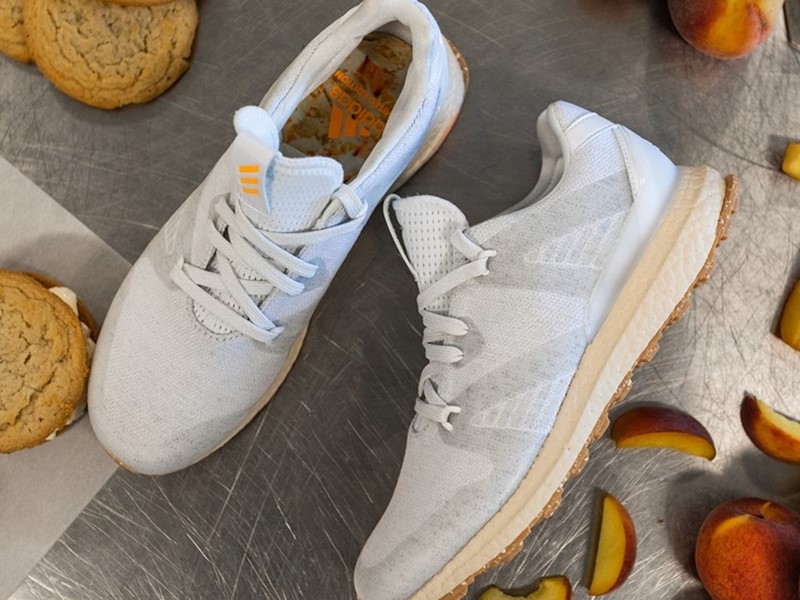 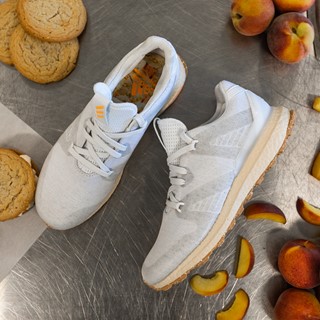 adidas wants you to know that some majors are worth melting for. Today, adidas Golf announced the availability of a limited-edition version of the popular Crossknit 3.0, where the special design is inspired by the Georgia Peach Ice Cream Sandwich that’s often enjoyed by many during the month of April inside the gates off Magnolia Lane. The footwear will be available in limited quantities beginning April 8 at 8:00 a.m. PT, and only on adidas.com.
While this special design is inspired by the Georgia Peach Ice Cream Sandwich, luckily after fans unwrap these they won’t melt in your hands. Just like the cookies on the outside of the sandwich, the rubber outsole and BOOST midsole take on a distinct sugar cookie-like colorway, representing the cookie crust of the ice cream sandwich. It wouldn’t be an ice cream sandwich without these sugar cookies, just as the Crossknit 3.0 wouldn’t be the same without BOOST, the best cushioning in the game that offers endless energy return.
The upper represents the mouth-watering Georgia Peach Ice Cream portion of the sandwich, with a creme colorway that looks good enough to eat. The water-repellant textile upper of the Crossknit 3.0 also features reinforcements on the sides of the shoe for support where golfers need it most.
Since the peach ice cream is what gives the sandwich its unique flavor, as an added touch, the Crossknit 3.0 includes a special sockliner that shows scoops of the famous ice cream.
“The menu items found at the year’s first major are talked about almost as much as the holes on the course,” said Masun Denison, global director of footwear, adidas Golf. “Fans everywhere loved our limited-edition pimento cheese version of the original Crossknit BOOST that we designed in 2017, so we had to whet their appetites once again with another favorite that patrons enjoy.”
The limited-edition Crossknit 3.0 will be sold for $170 beginning April 8 at 8:00 a.m. PT and exclusively on adidas.com. 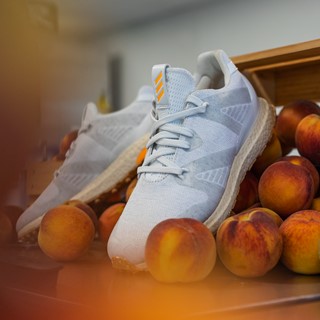 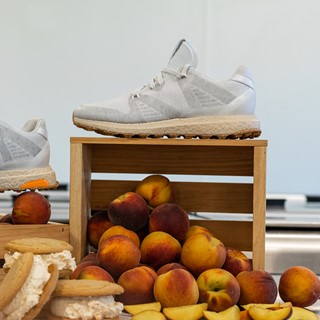 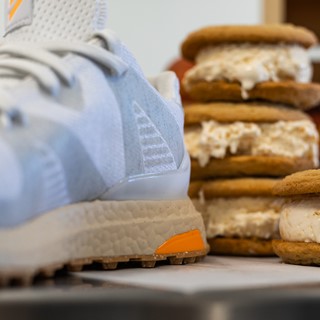 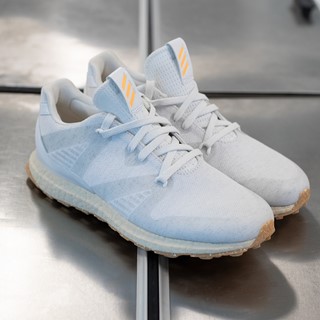 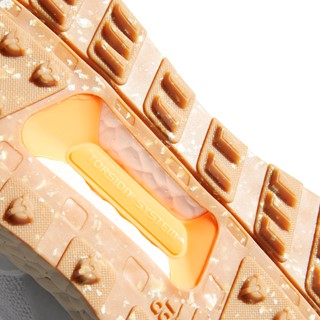