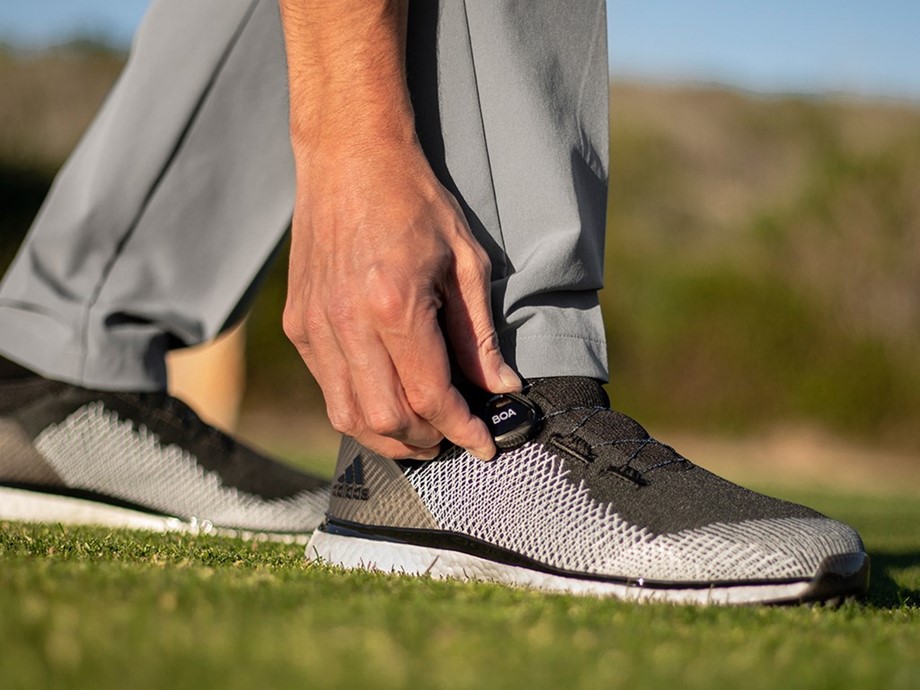 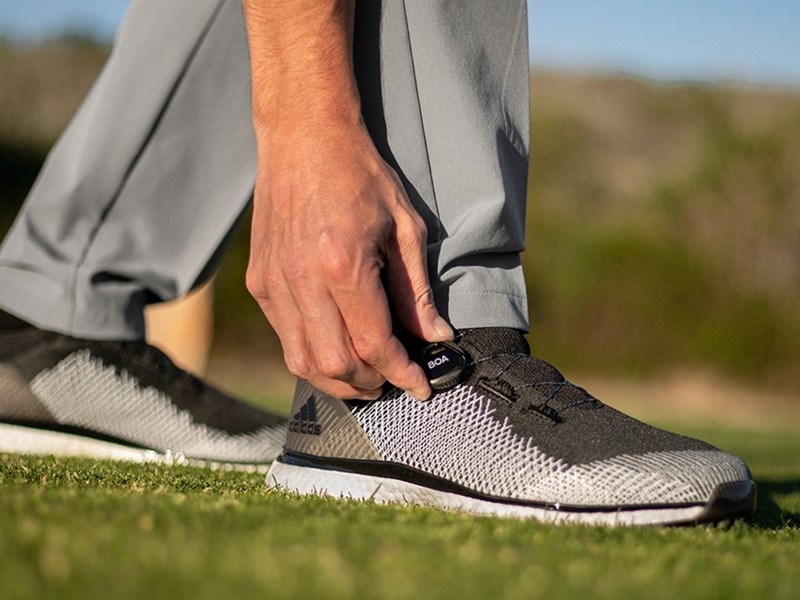 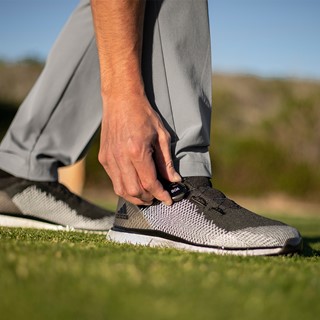 adidas continues to find new ways to give golfers the performance they need in footwear. Today, adidas Golf introduced the Forgefiber BOA® which utilizes adidas’ FORGEFIBER technology for the first time in golf footwear; providing extra stability in strategically targeted areas of the upper through an advanced stitching construction. The new footwear comes in both men’s (three colorways) and women’s (two colorways) styles and are available March 1.
FORGEFIBER is a technology utilizing TPU-coated yarn that when stitched at various angles and layers, it helps improve overall stability. Beyond just the distinctive stitching process, the TPU yarns are also compressed and heated, which melt the yarns into the textile upper of the shoe creating more natural support. adidas Golf tested the locations of the shoe where golfers would need the most stability and infused the FORGEFIBER stitching in those areas specifically with the new Forgefiber BOA. The outcome of that process created a stronger textile material that gives increased support. Not only that, since there’s no need to add any additional materials, it helps keep the shoe lightweight, something golfers can appreciate during and after every round. These stitching patterns also produce a unique aesthetic; as the FORGEFIBER stylized lockstitch closure adds an advanced texture, disruptive stance and ability to bring in distinct color pops.
“We’ve had our eye on the FORGEFIBER technology ever since it appeared in other categories,” said Masun Denison, global footwear director, adidas Golf. “We knew it would be a game-changer for golfers because the stability it provides is exactly what players need while also keeping the shoe lightweight and comfortable throughout the entire round.”
The Forgefiber BOA has a spikeless outsole made up of the X-Traxion system, the same that was recently announced in the TOUR360 XT-SL. The X-shaped lugs provide multi-directional stability for whatever lie one may encounter. It features full-length BOOST, the best cushioning in the game, along with an INSITE® sockliner that offers ultimate comfort and added stability. The heel and forefoot are connected through the Torsion X stability bar so that players can have that locked-in feel for every shot.
The new footwear also incorporates the TX4 Boa Fit System that features a soft, textile lace, which goes perfectly with the textile upper. Then there’s the FormTX lace guides which are engineered to be softer, more comfortable and adaptive, further advancing customized comfort for every golfer. Players can now have a customizable fit for every round.
Both men’s ($200) and women’s ($160) footwear include a one-year waterproof warranty and will be available beginning March 1 at adidas.com and select retailers worldwide. 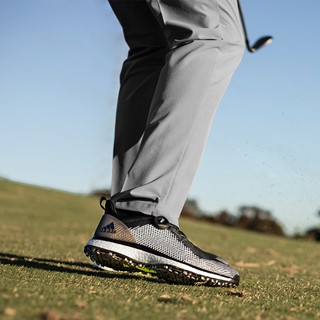 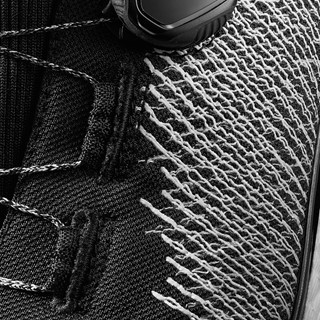 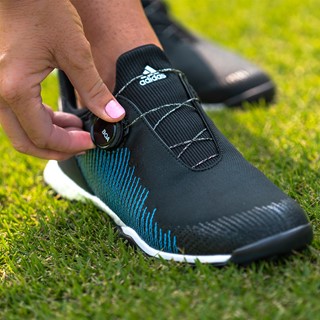 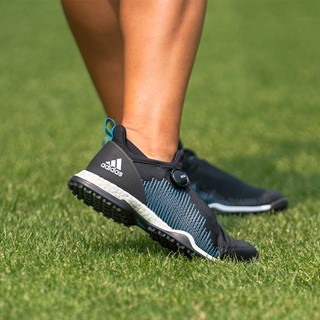 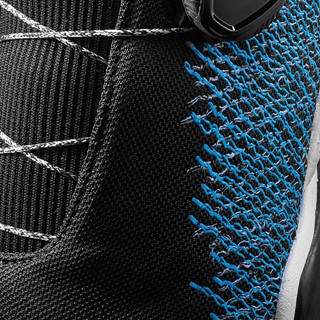