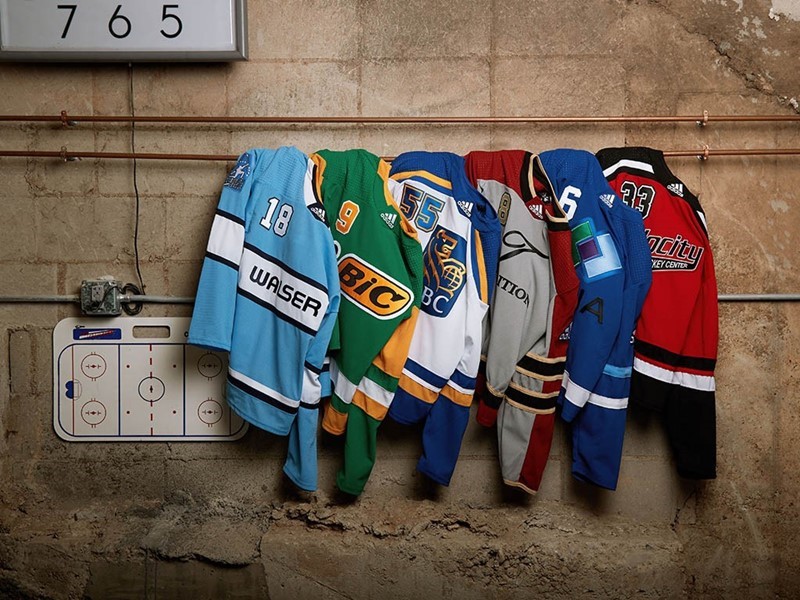 Proof that there is no off-season in hockey, Da Beauty League returns to Braemar Arena for a third season from July 11 - August 22 to showcase a fast-paced and creative style of play. Today, Da Beauty League and adidas proudly announced a new partnership in which the Portland, Ore., based company will be the official hockey brand of the for the league’s 2018 summer season.
“As the creator sports brand, we seek to inspire through our products, our athletes, our style, and in communities, and we’re excited to partner with Da Beauty League to bring some of the game’s best creators together for some of the greatest pick-up games in a fast, raw and edgy environment,” said Dan Near, Sr. Director of adidas Hockey. “This new partnership is unique opportunity to help empower generations of hockey players to play the game we love, to give back and make the game more accessible, and to continue to build and pass along hockey culture.”
Da Beauty League will host 24 regular season 4-on-4 games starting July 11, culminating in a three-game playoff tournament and Cup raising August 20 and 22. The league combines all the skill of elite-level hockey with the fun, intense and friendly rivalry of a pickup game. Over 60 players from the National Hockey League (NHL®) and the American Hockey Leagues (AHL©) will compete on six teams this summer with bragging rights and the coveted John Scott Cup at stake.
Beauties competing in the 2018 summer league include NHL All-Star Game Tournament MVP and SuperSkills Accuracy Winner (2018) Brock Boeser of the Vancouver Canucks), Stanley Cup® Champion (2017) Jake Guentzel of the Pittsburgh Penguins, Stanley Cup Champion (2010) and 4-time All-Star (2011, 2012, 2015, 2016) Dustin Byfuglien of the Winnipeg Jets, Stanley Cup® Champion (2009) Alex Goligoski of the Arizona Coyotes, Silver Olympic Medalist (2010) and All-Star (2009) Zach Parise of the Minnesota Wild, Nick Bjugstad of the Florida Panthers, along with a collection of Minnesota locals.
As Da Beauty League’s title sponsor, adidas Hockey will supply teams with adizero Authentic Team Jerseys. The new jersey designs feature each team’s sponsor and include debossed shoulders, the adidas performance neckline, double-layer elbow and shoulder reinforcement, and underarm mesh inserts for breathability. Supporting the hockey player’s commitment to year-round training, adidas will also supply teams with the Alphaskin performance baselayer tees and tights, Z.N.E. hoodies and pants, UltraBOOST and Alphabouce sneakers, etc.
In addition to supplying teams with the newest, most innovative uniforms, training apparel and gear, adidas Hockey will partner with Da Beauty League for marketing efforts around the league. A portion of proceeds generated from Da Beauty League 2018 will benefit the league’s own Paul Martin’s charity, Shine A Ligh7 Foundation and the United Heroes League (UHL). The Shine A Ligh7 Foundation’s mission is to improve the quality of life of children in need. The foundation distributes funds to qualified non-profit organizations who share the mission to improve the lives of children while promoting their social, emotional and behavioral health. The UHL works to make sport accessible to children of military families by supplying them with every opportunity to participate in athletics. United Heroes League wants to ensure that all 5 million military kids are able to develop critical life skills through sports and help them do so by providing free equipment, cash grants and hosting summer camps. The intense focus on youth development and serving the families of our military service members motivates Da Beauty League’s commitment to UHL and UHL’s commitment to these kids.
For more info about the adidas x Da Beauty League’s 2018 partnership, check out the adidas News Stream and follow Summer Hockey and join the conversation on Twitter and Instagram via @adidasHockey and @DaBeautyLeague #DBL and #teamadidas. To learn more about Da Beauty League and buy your tickets for the 2018 season visit https://www.dabeautyleague.com/home. Check out United Heroes League and learn about the ways you can contribute to the cause at https://unitedheroesleague.org/programs/.

About adidas Hockey
adidas is a global designer and developer of athletic and lifestyle footwear, apparel and accessories with the mission to be the best sports brand in the world. As an innovation and design leader, adidas engineers the best in high-performance products to make athletes better, faster and stronger and creates a range of classic and fresh lifestyle and high-fashion lines.

In 2015, the NHL® and adidas announced a seven-year partnership with adidas as the authentic outfitter of on-ice uniforms and official supplier of licensed apparel and headwear. For the 2017-18 NHL season, adidas unveiled the new ADIZERO Authentic NHL jerseys for all 31 NHL teams. At the forefront of innovation, design and craftsmanship, the new ADIZERO Authentic NHL jersey takes the hockey uniform system to the next level by redefining fit, feel and lightweight construction. 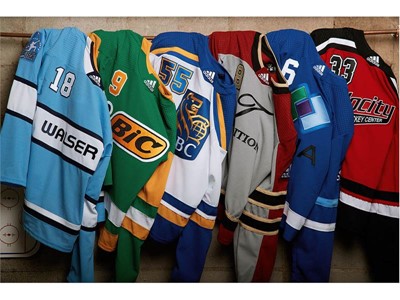 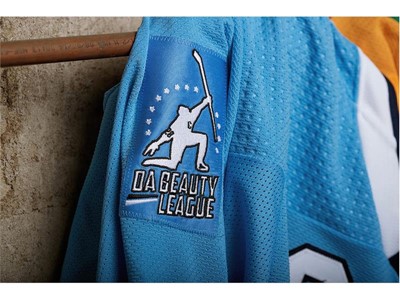 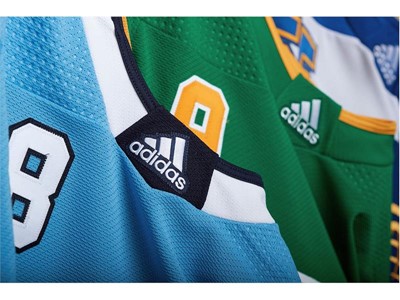 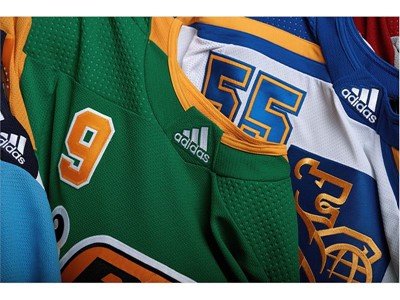 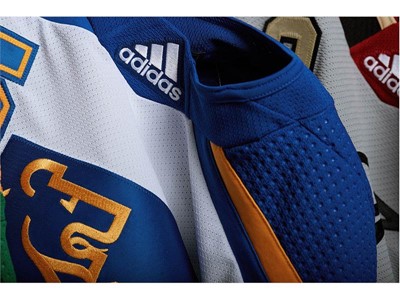