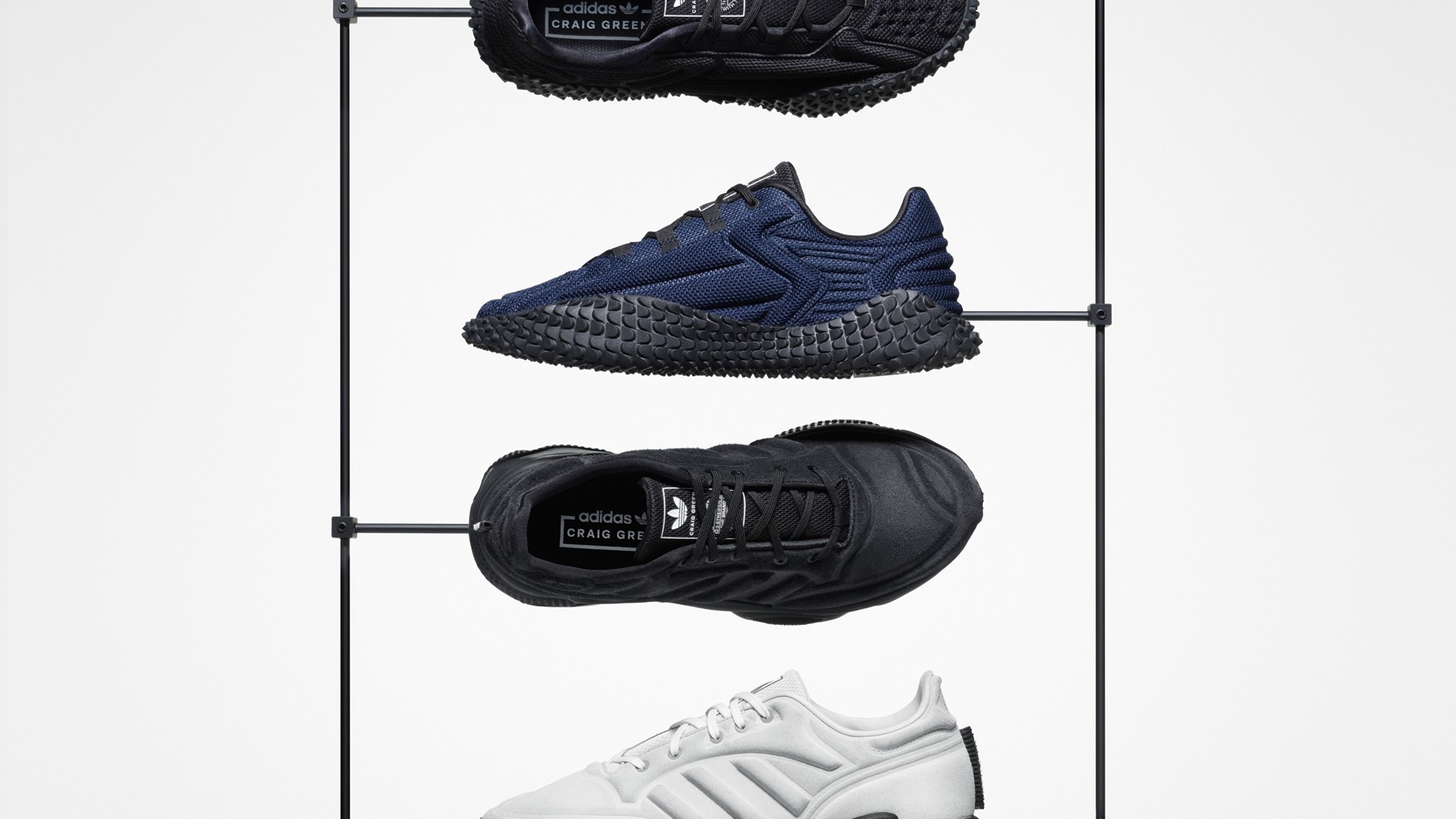 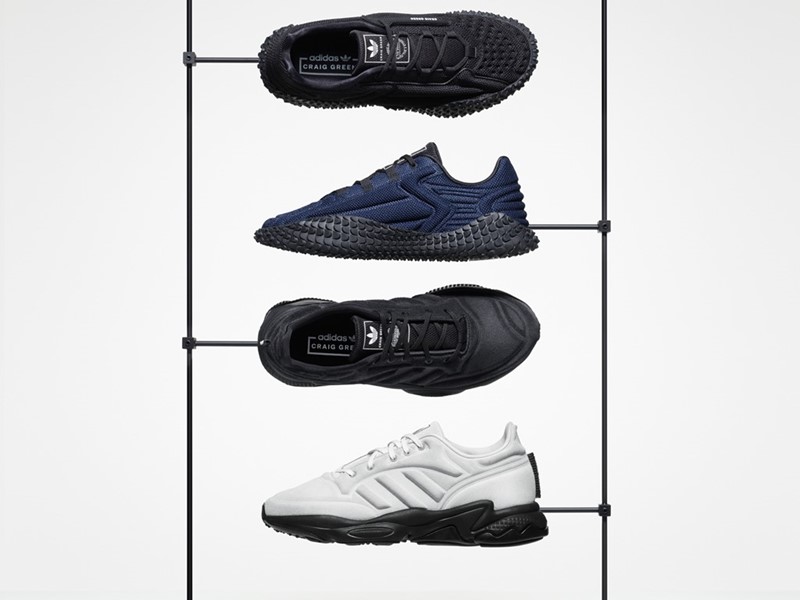 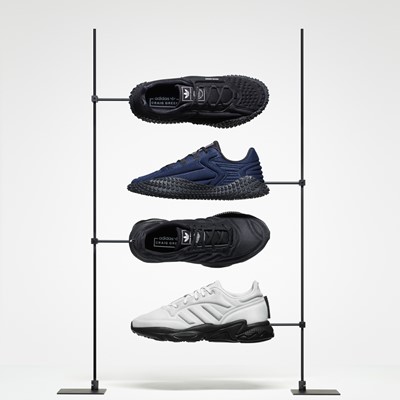 adidas Originals and Craig Green are proud to announce that the first ever drop from their collaborative project will launch globally on January 31. The sneakers were first debuted at Green’s spring/summer 2020 show during London Fashion Week Men’s in June 2019, capturing the design ingenuity and freedom to experiment that’s at the heart of both adidas Originals and Craig Green.

“There’s so much you can do with sneakers that you can’t do with clothing. It’s exciting to think of all we can create in this collaborative project with adidas Originals,” says Craig Green.

The first drop of adidas Originals by Craig Green focuses on two new styles: CG Kontuur I and CG Kontuur II. Each radically remakes two classic adidas silhouettes: the Kamada and Ozweego. One of Green’s key concepts was to replicate the sole in the upper of the sneakers, like the perforated front of the CG Kontuur I, as if punctured by its Kamada sole, or the deep-quilted stitch lines echoing the Ozweego sole of the CG Kontuur II.

Both silhouettes encapsulate the common design principles of both adidas Originals and Craig Green: to create innovative new forms that marry functionality with a desire to experiment through design. Green, a London-based designer, has become globally respected for his singular take on menswear. Each collection centres on ideas of utility, launching from this designs that leap across colour and cut, space and time.

The first drop will be brought to life in a campaign by Green’s long-term collaborator, Dan Tobin Smith. The pair have developed a visual language that casts a forensic eye on each of Green’s collections, creating images that appear like shrines. For adidas Originals by Craig Green, the sneakers have been deconstructed and turned into anatomical sculptures as if like small frogs.

Inspired by the rich sporting heritage of adidas – one of the world’s leading sports brands and a global designer and developer of athletic footwear and apparel – adidas Originals is a lifestyle brand founded in 2001. With the adidas archive at its foundation, adidas Originals continues to evolve the brand’s legacy through its commitment to product innovation and its ability to filter the creativity and courage found on courts and sporting arenas through the lens of contemporary youth culture. Marked by the iconic Trefoil logo that was first used in 1972 and championed by those that continue to shape and define creative culture, adidas Originals continues to lead the way as the pioneering sportswear brand for the street.

Craig Green is a London-born designer globally respected for the ingenuity, functionality and freedom of expression in his work. Green founded his label in 2012, straight after graduating from the MA Fashion course at Central Saint Martins in London. His design principles have remained constant since, rooted in the beauty and humility of functional clothing. Each collection, Green uses signature pieces, such as the worker’s jacket, as a launchpad for ideas that connect with deeply rooted emotion. Pieces from his collections are now in the permanent collection of the Costume Institute of the Metropolitan Museum of Art in New York, and the Victoria & Albert Museum in London, and Green has been named British Menswear Designer at the Fashion Awards in 2016, 2017 and 2018. 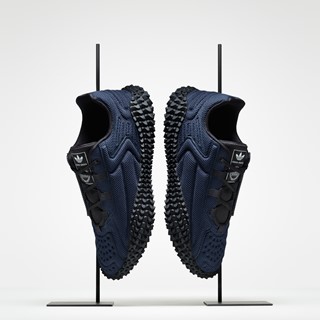 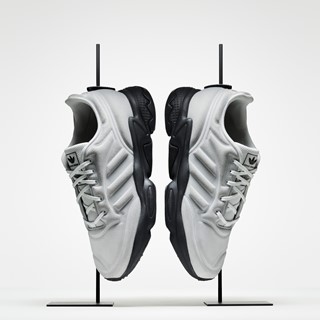 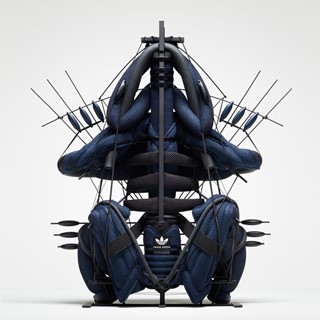 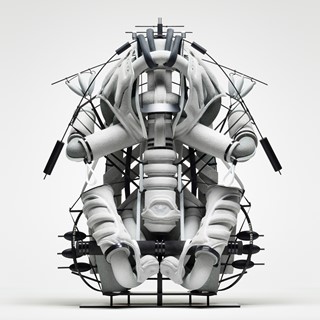 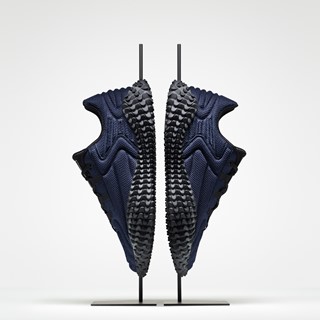