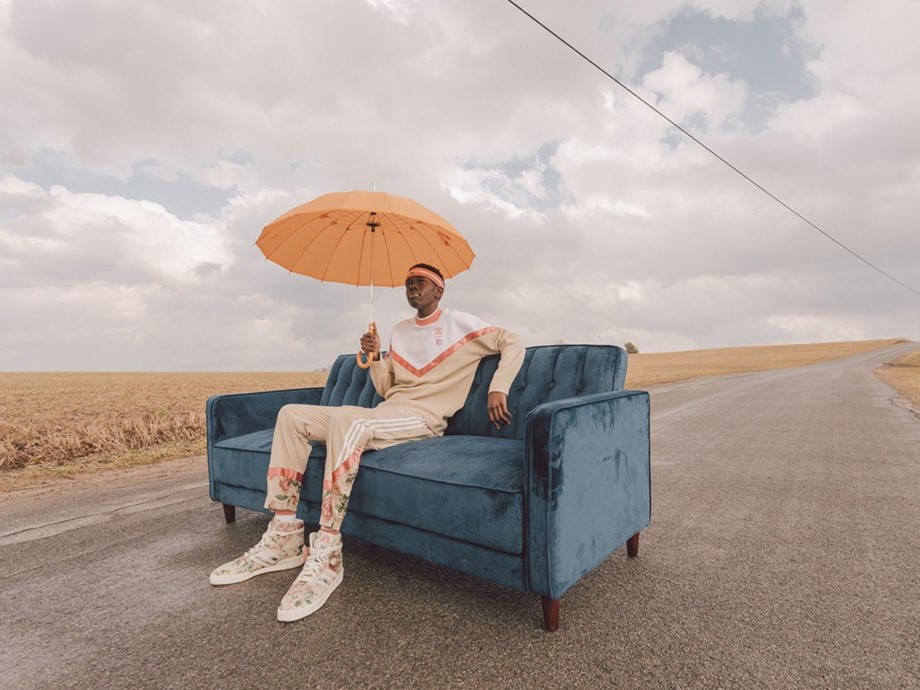 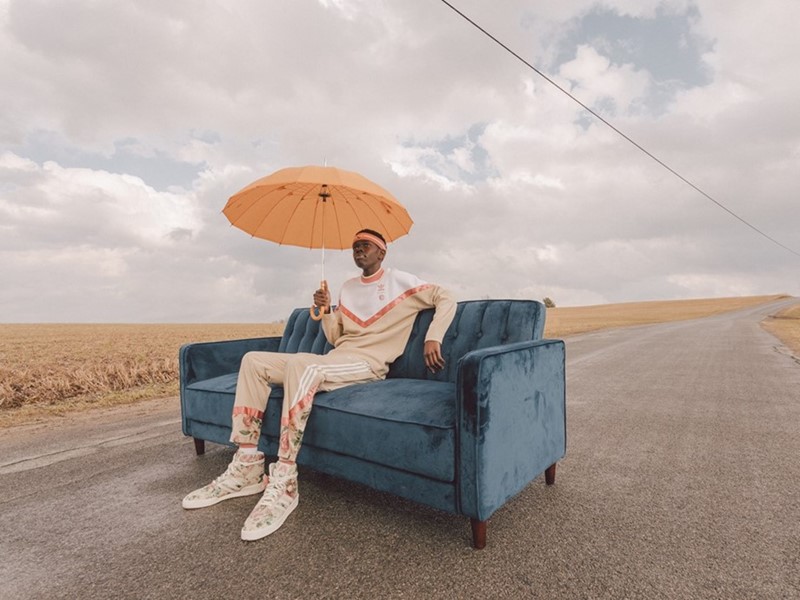 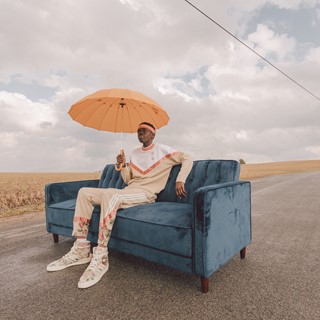 Eric Emanuel’s first foray into fashion was intrinsically tied to the sports world, and the teams, uniforms and logos that have become such a big part of popular culture. Creating custom versions of iconic jerseys, Emanuel quickly garnered the attention of celebrity clients and style influencers alike. His eponymous brand is a natural continuation from that initial wave of excitement, centered around designs that connect the dots between the street, the court, and his own personal journey.
His second collaboration with adidas Originals encapsulates these three influences across a range of apparel pieces and three new takes on some iconic adidas footwear styles. Taken as a whole it is a seamless evolution from the first time the two brands teamed up, which took Emanuel’s nostalgia for childhood basketball trips as the primary source of inspiration. On those trips, one of the things that the young Emanuel would most look forward to was the hotel– something that has stayed with him as the primary focus in his life transitioned from basketball to fashion. As Emanuel says, “I’ve grown since I was that kid on the road for a tournament; I’ve traveled, I’ve been exposed to a world much bigger and more beautiful than the younger me ever got to see. I find a reference on every trip, and this collection is a reflection of a Springtime trip.”
The primary reference for that trip appears here in the form of a faded floral pattern, based on the wallpaper in the hotel Emanuel stayed in. Applied most often against an understated, sand-colored backdrop, the delicate nature of the flowers offset the refined-but-sporty aesthetic of the adidas apparel and footwear silhouettes that Emanuel worked with for this collection, all of which evoke the type of pieces you might see on the court or courtside.
The footwear offering features two updates of the iconic adidas basketball hi-top, in the form of a new Rivalry Hi OG and a Resto Mod. The former features the SS19 floral pattern  in full effect: it covers the entirety of the premium leather uppers, accompanied by softly contrasting off-white laces and three-stripes. The reverse of the wings and stitching, as well as the two brand logos, all feature in a dusky, raw pink color. The thick sole is pared back to shades of white, save for the flashes of pink that appear on the underside tread. Meanwhile, the Resto Mod takes an altogether more subtle approach to the floral motif. Here, it appears only on the semi-transparent TPU heel panel, heel pull and tongue label. The remainder of the uppers are rendered in a sandy ‘linen’ shade, with black accents around the three-stripes and in the form of the laces. The midsole features BOOST technology to bring the otherwise retro-inspired style into 2019, while the text reading ‘The Brand With The Three Stripes’ alludes to current trends that place branding firmly front and center. The final footwear style takes the shape of the courtside staple Adilette, a staple pair of slides that is here delivered with an eye-catching, all over floral print.
The apparel side uses the collection’s sandy shade of beige as the base and starting point for track pants, basketball shorts and mock neck long-sleeved top. Each is brought to life through the use of floral paneling and rose-colored accenting. The mock neck features pink co-branding on the chest and a pink band around the neck, echoing the styling of a headband that also appears in the collection. Perhaps most striking however are the anorak and specially-created hoodie, which also both feature the floral motif and encapsulate Emanuel’s desire to “take wallpaper patterns and impose them onto ‘sport’ silhouettes.”
Retailing between $20 - $180, the  adidas Originals by Eric Emanuel collection will be available for purchase on Emanuel’s online store on April 25th and via www.adidas.com and specialty retailers beginning April 27th. 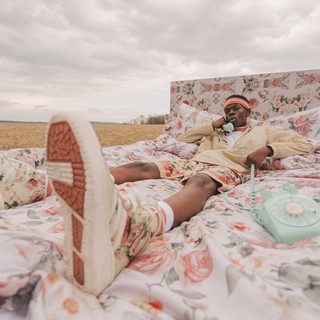 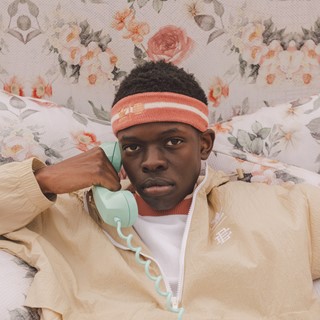 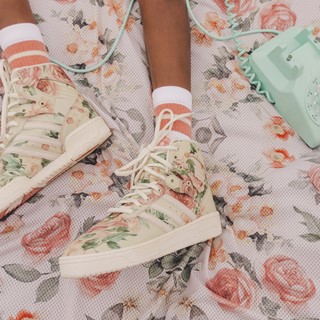 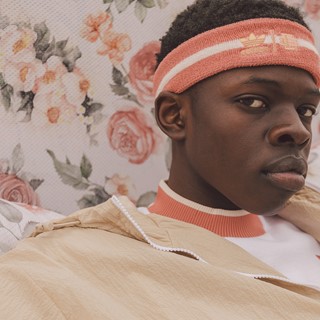 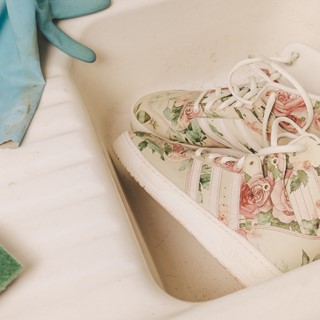