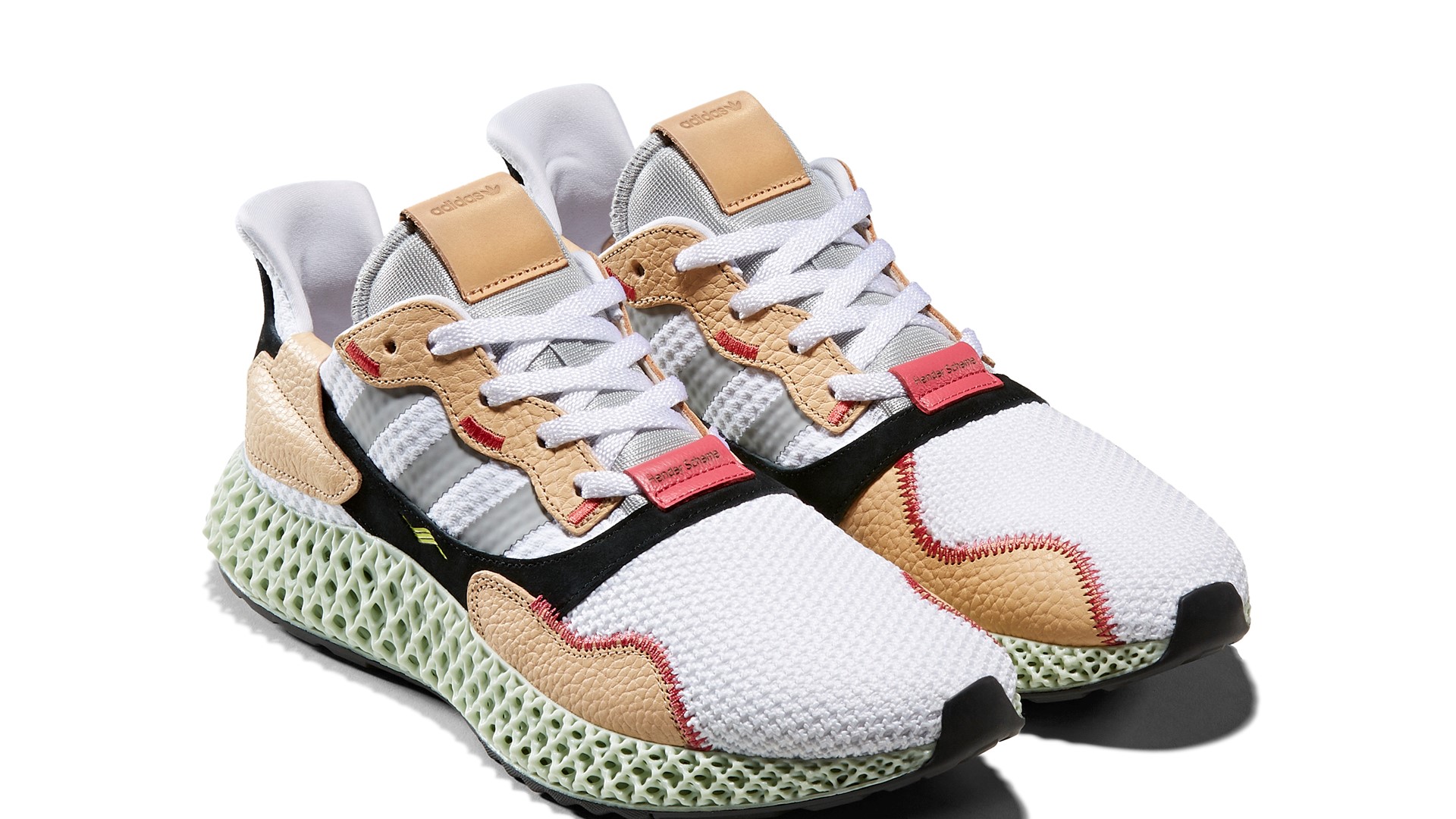 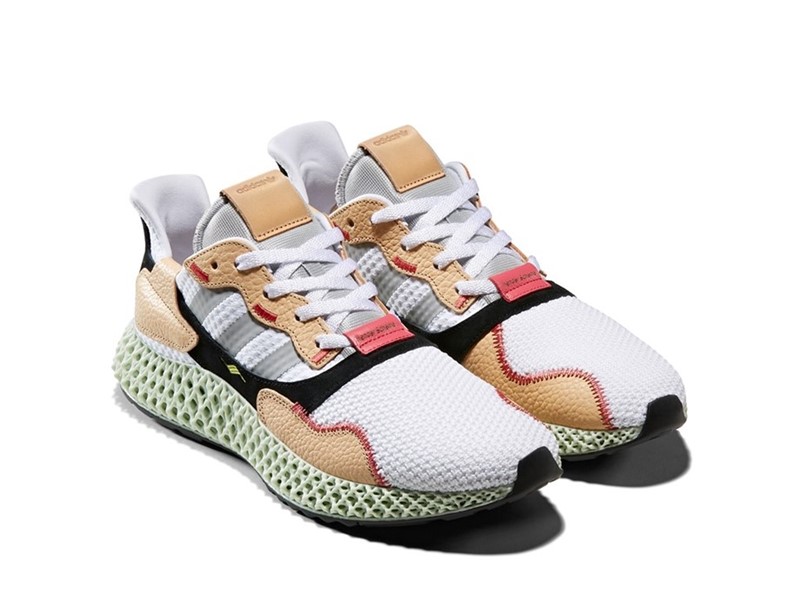 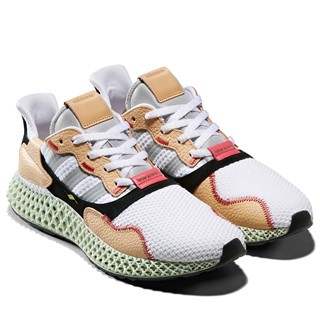 - For the second drop of their SS19 collection and the final installment of the collaboration, the two brands once again fuse the industrial precision of the sportswear giant to the artisanal craftsmanship of the Japanese leather specialists
- The latest release features two new takes on adidas’ revolutionary ZX 4000 4D
- Each pair features Hender Scheme’s trademark premium leathers, recontextualized amidst the functional fabrications and trailblazing technologies of the high-performing lifestyle shoe.
Hender Scheme is the Tokyo-based footwear and accessories brand founded and designed by Ryo Kashiwazaki. It’s manual industrial products (MIP) series has garnered a cult following around the globe for its striking iterations of iconic footwear silhouettes. By rendering each pair in the highest-quality, vegetable-tanned leathers and exposing the complexity (or simplicity) of the designs through visible, handmade construction techniques, Kashiwazaki and his team offer a new way to appreciate and elevate designs more often associated with ‘the street’. In contrast to the precise production of adidas, Hender Scheme brings new techniques and ‘ununiformity’ by working with vege tan leather.  Collaborating for the first time in 2017, the relationship with adidas has given Kashiwazaki unparalleled insight into the sportswear brand’s design heritage. Each new collaboration sees Kashiwazaki pushing a fusion of industrial and artisanal processes to its limits, united by the shared enthusiasm for creation that exists between the two brands.
The new drop represents a logical continuation from the FW18 collaboration between the two brands, which saw Kashiwazaki and his team bring their artisanal sensibilities to a range of ZX500 running shoes. This season, Hender Scheme advances further down the evolutionary tree of the ZX series with their take on its most recent iteration: the ZX 4000 4D.
At the base of the two new pairs lies the high-performance 4D midsole, the first of its kind to utilize Digital Light Synthesis technology. The result is a lattice-like midsole created from light, air and liquid, taking the form of over 20,000 struts that can be individually tuned to maximize control on energy return. Upon these foundations sit uppers crafted from both adidas Primeknit textiles and Hender Scheme leather. While across both pairs the 4D sole retains its distinctive green coloring, the uppers of one pair take on a monochromatic, blacked-out look, and the other pair sports more classic ‘ZX’ colors: metallic grey, crystalline white and top-stitched red compliment the distinctive patina of Hender Scheme’s nude leather. Kashiwazaki was mindful of the more prominent role branding and logos play in the world of sneakers, compared to more formal footwear styles. Co-branding therefore appears on both shoes, albeit in a very discreet way in an effort to bridge the two worlds. On the black pair, the Hender Scheme logo is subtly embossed on the tongue and the adidas logo at the head of the eyestay; on the white pair, the same technique is used, though with the logos switching locations.
adidas Originals by Hender Scheme SS19 will be available for purchase on June 22nd. 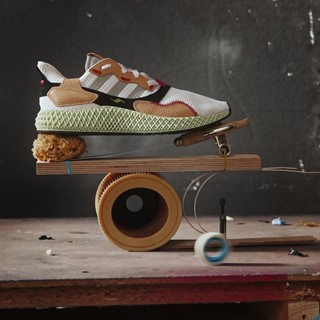 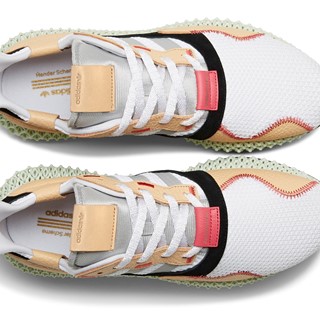 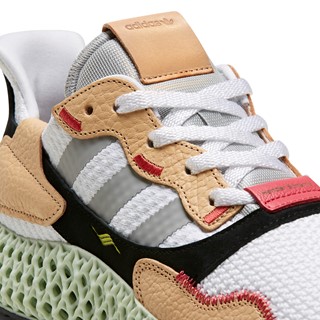 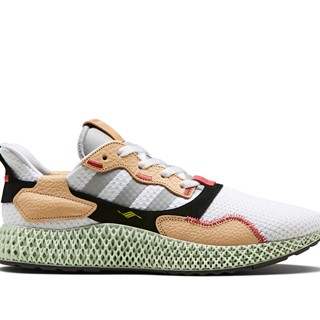 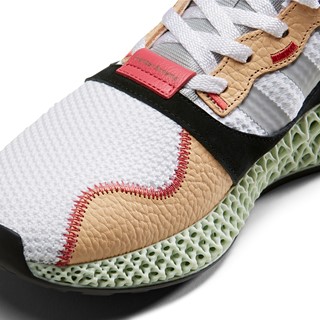