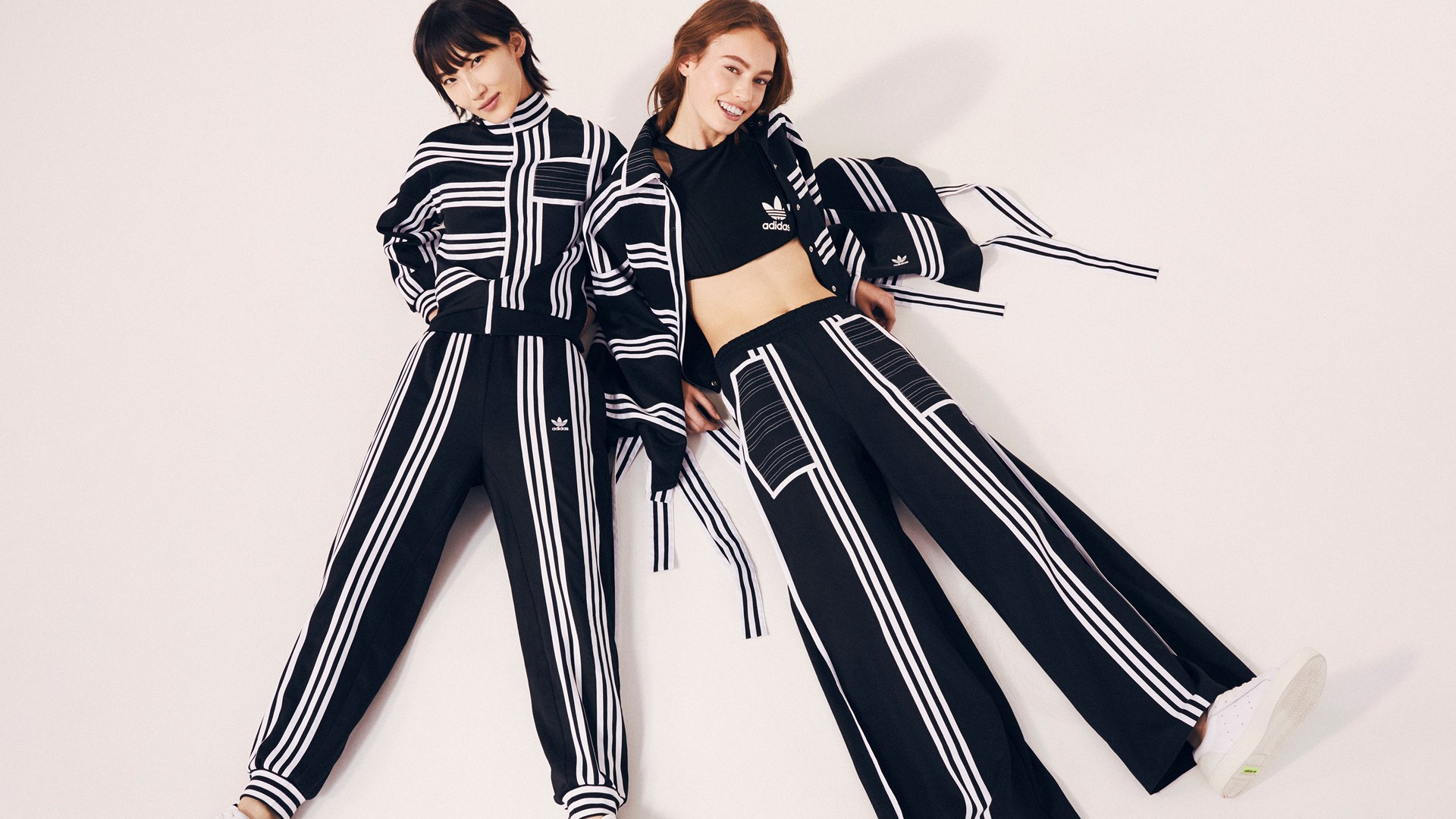 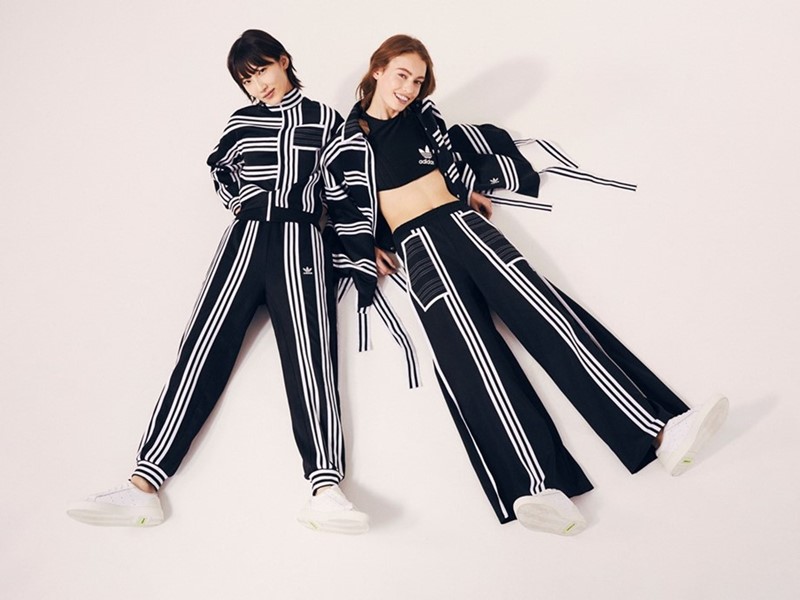 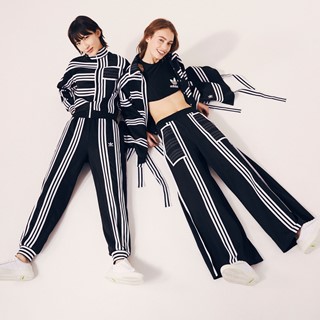 In the second chapter of their ongoing collaboration, adidas Originals and New York-based designer Ji Won Choi release their graphic apparel collection this month rendered in a striking black and white coloration.
The women’s ready-to-wear capsule collection initially debuted on February 16th during London Fashion Week with a dynamic presentation in Hawley Wharf, underneath the streets of London’s Camden neighborhood. The vast concrete space housed a multi-layered structure, each layer referencing an Adicolor-inspired tone from the collection’s initial drop. The set was inspired by the impossible staircase and saw models move in a continuous loop throughout the presentation, embodying the sense of movement within the collection.
The collection as a whole explores the idea of movement while reimagining iconic adidas Originals 3-Stripe mark through the lens of sport and culture. Stylistic inspiration and cultural references in the silhouettes celebrate the designer’s Korean heritage and adapt Choi’s personal design philosophy to the sportswear-inspired line, ultimately delivering a fresh take on the classic tracksuit.
adidas Originals by Ji Won Choi was designed to create confidence for the wearer, but with ease; a loud statement through simple clothing, made even more apparent through the absence of color. New black and white iterations of each silhouette call attention to stripes motif used throughout, an element which is serendipitously signature to both Choi’s design language and adidas Originals - the brand with the three stripes. The effect is no less bold than the previous palette of saturated lavender, blue, red, green and pink - a tribute to the iconic Adicolor range - and can be worn alone or in combination as an expansion of the adidas Originals by Ji Won Choi collection.
The adidas Originals by Ji Won Choi collection will be available on www.adidas.com on July 27th and will be available, globally, at adidas Originals flagship locations and select retail partners.
About adidas Originals:
Inspired by the rich sporting heritage of adidas – one of the world’s leading sports brands and a global designer and developer of athletic footwear and apparel – adidas Originals is a lifestyle brand founded in 2001. With the adidas archive at its foundation, adidas Originals continues to evolve the brand’s legacy through its commitment to product innovation and its ability to filter the creativity and courage found on courts and sporting arenas through the lens of contemporary youth culture. Marked by the iconic Trefoil logo that was first used in 1972 and championed by those that continue to shape and define creative culture, adidas Originals continues to lead the way as the pioneering sportswear brand for the street.
About Ji Won Choi
Born in Seoul, raised in the Midwest USA, educated in New York City and Paris, and have worked in Milano, JI WON CHOI’s work revolves around investigating human cultures and using design to promote positive change within societies.
Her thesis collection, EXCESSIVISM, was the winner of Kering Empowering Imagination Award and several other contests as well as featured in various international publications such as Forbes, WWD and Vogue. Her work has been displayed at Bergdorf Goodman in New York and at New York Textile Month. In 2017, she was awarded the “Ones to Watch“ Award by Fashion Scout and even presented her collection at London Fashion Week. In September 2018, she debuted at New York Fashion Week with the CFDA and LIFEWTR.
www.adidas.com/jiwonchoi
@adidasOriginals
@ji.won.choi
#adidasOriginalsbyJiWonChoi 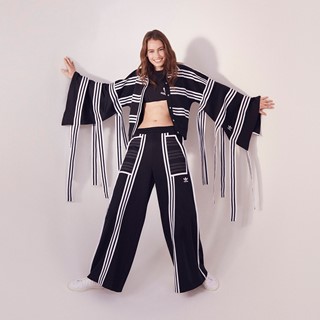 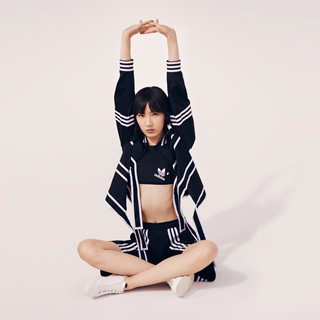 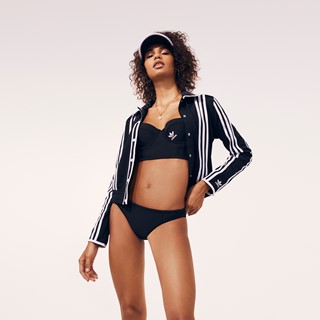 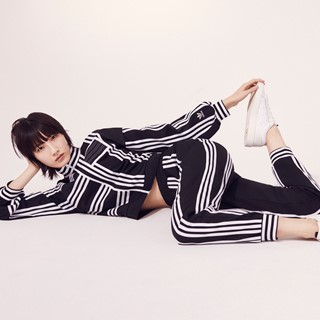 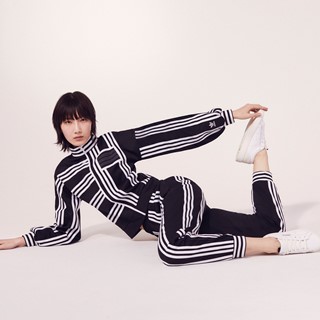