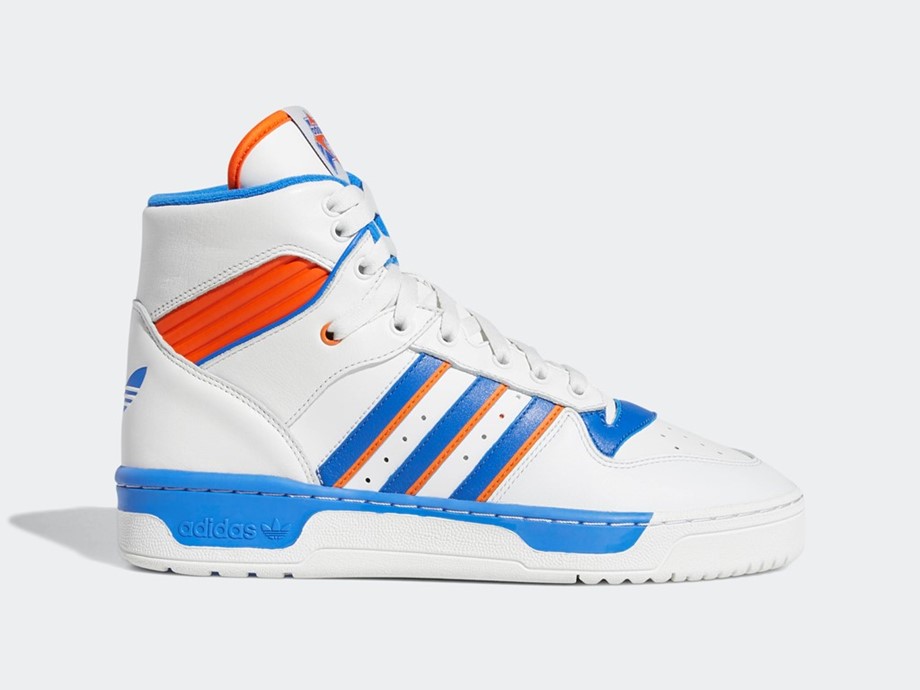 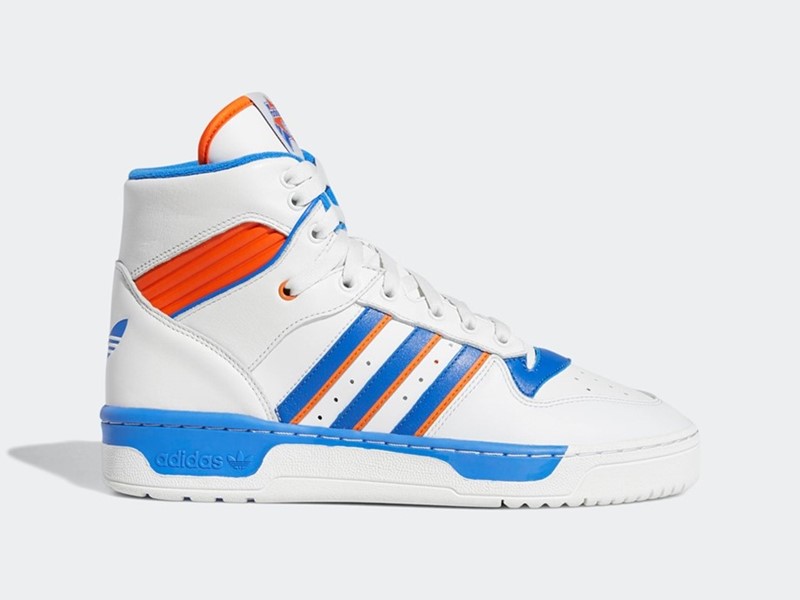 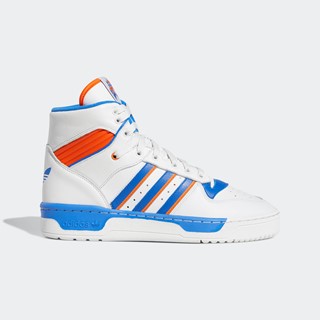 Following a long-standing lineage of basketball silhouettes over the past several decades, adidas Originals continues to honor the sport’s heritage with the special re-issue of Rivalry in New York City last night. Revitalizing a peak era of New York basketball, which spearheaded a communal spirit of fierce pride, the cult classic is for lovers of basketball style on and off the courts. Returning in all its glory, adidas Originals teamed up with notable sportswear designer Eric Emanuel to debut the latest Rivalry model, inspired by New York's undying passion and love for sports.
The shoe was celebrated through a pop-up gallery exhibition curated by Emanuel, showcasing the indisputable influence of basketball style into the realms of fashion, art, photography and more. The blank space was transformed into an interactive gallery covered in gritty, city-inspired installations that bought the shoe to life through the works of photographer Brock Fetch, mixed media artist, Tyrrell Winston and creative collective, NY Sunshine.
In true Big Apple style, Rivalry wheat paste posters drenched the exhibition entrance, surrounded by a canopy of scaffolding and sneakers hung from wires. Guests then walked through an exclusive showcase of collaborator works that included photography, installations, and a product showcase. On view was the latest iteration of the Rivalry Hi-Top, accompanied by both an archival silhouette from 1986 and a preview of what’s to come from the three stripes brand and Emanuel later in the year.
Staying true and honoring its predecessors, the latest Rivalry iteration will feature premium leathers that nod to the famous “Team Series” from the late 80s. The model stands out in a bold blue and orange  colorway with adidas branding emblazoned on the tongue.
Today, adidas Originals will open the gallery up to the men's and women’s basketball team from local New York school, High School of Fashion Industries, as well as the general public from 12:00 pm through until 5:00 pm. The surrounding streets of the exhibit will also play host to adidas street scalpers handing out admission tickets to the pop-up where guests have the chance to grab a limited edition Rivalry-inspired t-shirt designed by Eric Emanuel.
The Rivalry High OG will be available at select adidas retailers on Friday, February 8th and will retail for $110 USD.
The Rivalry Gallery is located at 158 Mercer Street, New York NY.
All event imagery by Nicholas Wilkie.
www.adidas.com/originals
@adidasOriginals 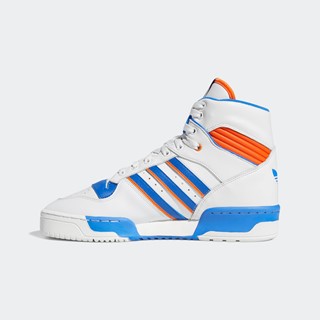 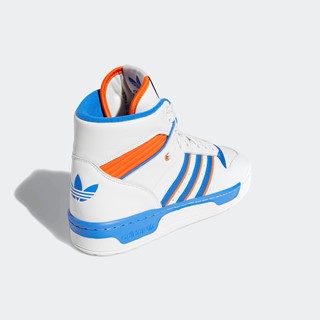 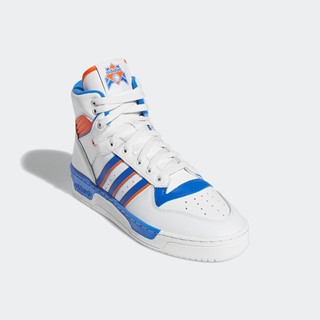 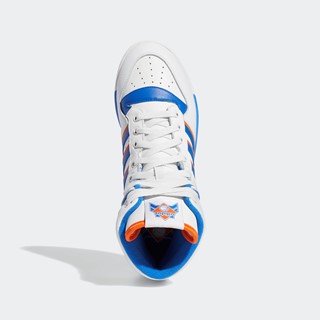 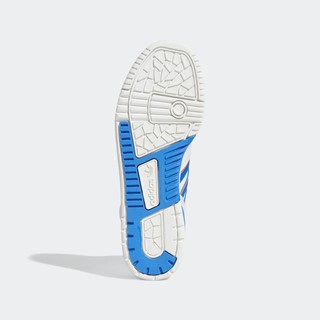