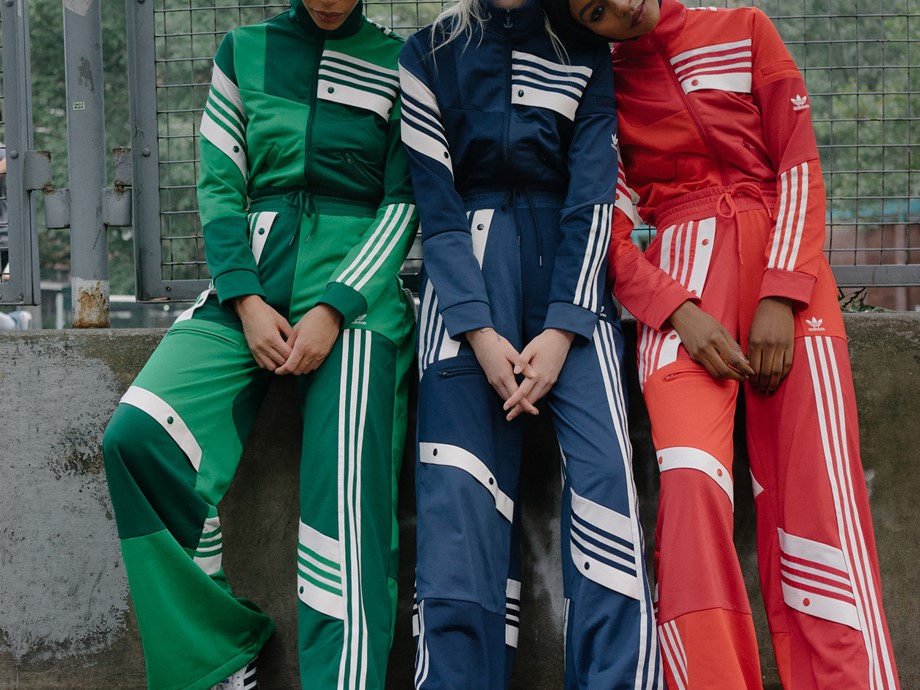 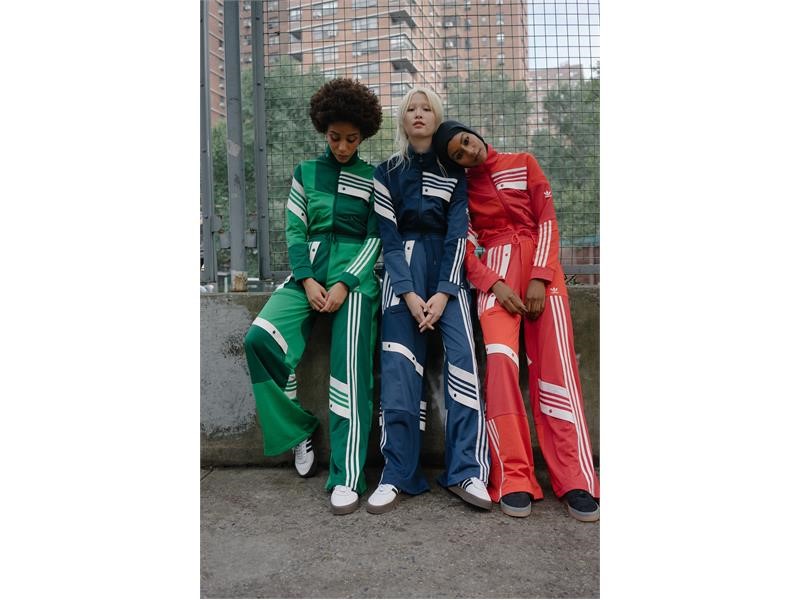 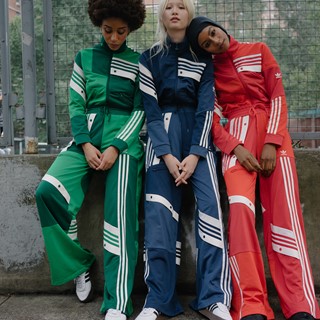 (New York, NY)—In the next chapter of adidas Originals’ ongoing collaboration with Amsterdam-based designer Daniëlle Cathari, the brand introduces three new colors of the coveted tracksuit and restocks past favorites for those who missed out and those who want more.
The women’s ready-to-wear capsule collection made its début with a widely acclaimed presentation at New York Fashion Week on February 8th, for which models were hand-selected through an open street casting, followed by a second drop of new styles in March.
The newest additions to the line are accompanied by a new campaign revisiting the models from the original NYFW SS18 presentation. They are seen now one season later, wearing the latest drop on the streets of New York City during NYFW AW18 - where it all began.
adidas Originals by Daniëlle Cathari explores ideas of contrast and deconstruction while paying tribute to Originals’ heritage. Cathari’s pieces for Originals present a current take on some of the brand’s most classic icons, adicolor and adibreak. She reimagines Originals’ iconic three stripe silhouettes in exaggerated proportions, innovative materials and design intensive techniques to define a new standard in streetwear.
This restock brings back favorites from the original collection, including the updated tracksuit in classic black and beige as well as a twist on the denim uniform, and introduces a deeper iteration of the original adicolor-inspired palette with tracksuits rendered in vibrant tones of green, navy and red. Fabrications are a study on the adidas archive, featuring the legendary Beckenbauer fabrication synonymous with adidas sportswear and washed denim used in unexpected silhouettes.
Daniëlle Cathari says of the newest drop, “Working with adidas Originals has been more interesting, inspirational and educational than I ever could have predicted when I first received an Instagram direct message from the design team. We’ve come a long way together since then and I’m so excited that we are able to continue and expand our creative collaboration with these new pieces.”
The new and restocked adidas Originals by Daniëlle Cathari collection will be available on www.adidas.com, adidas Originals stores and retailers including ASOS, Barney’s, Kith, NET-A-PORTER, Nordstrom and SSENSE beginning on October 6th, 2018.
@adidasOriginals
@DanielleCathari
#adidasOriginalsbyDanielleCathari
About adidas Originals:
Inspired by the rich sporting heritage of adidas – one of the world’s leading sports brands and a global designer and developer of athletic footwear and apparel – adidas Originals is a lifestyle brand founded in 2001. With the adidas archive at its foundation, adidas Originals continues to evolve the brand’s legacy through its commitment to product innovation and its ability to filter the creativity and courage found on courts and sporting arenas through the lens of contemporary youth culture. Marked by the iconic Trefoil logo that was first used in 1972 and championed by those that continue to shape and define creative culture, adidas Originals continues to lead the way as the pioneering sportswear brand for the street.
About Daniëlle Cathari:
Daniëlle Cathari was a student at the Amsterdam Fashion Institute and showed as a part of the VFiles runway show for the first time ever during New York Fashion Week. For her honors program at school, she designed a few looks consisting of deconstructed vintage adidas tracksuits which she sourced herself from vintage stores and has built upon this concept for her core collection. The notion of repurposing something new from old materials has always been important to Cathari. 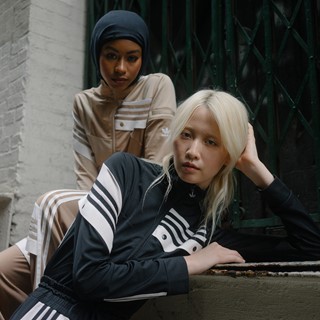 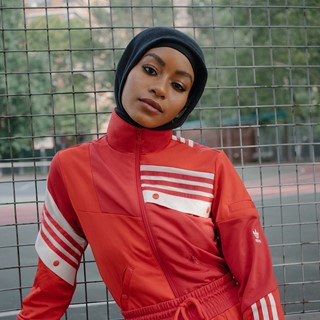 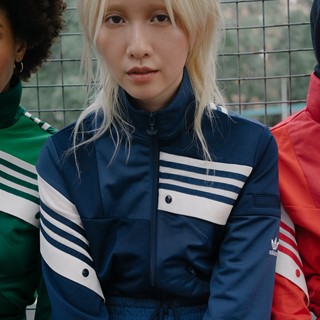 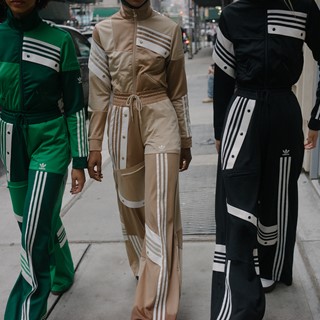