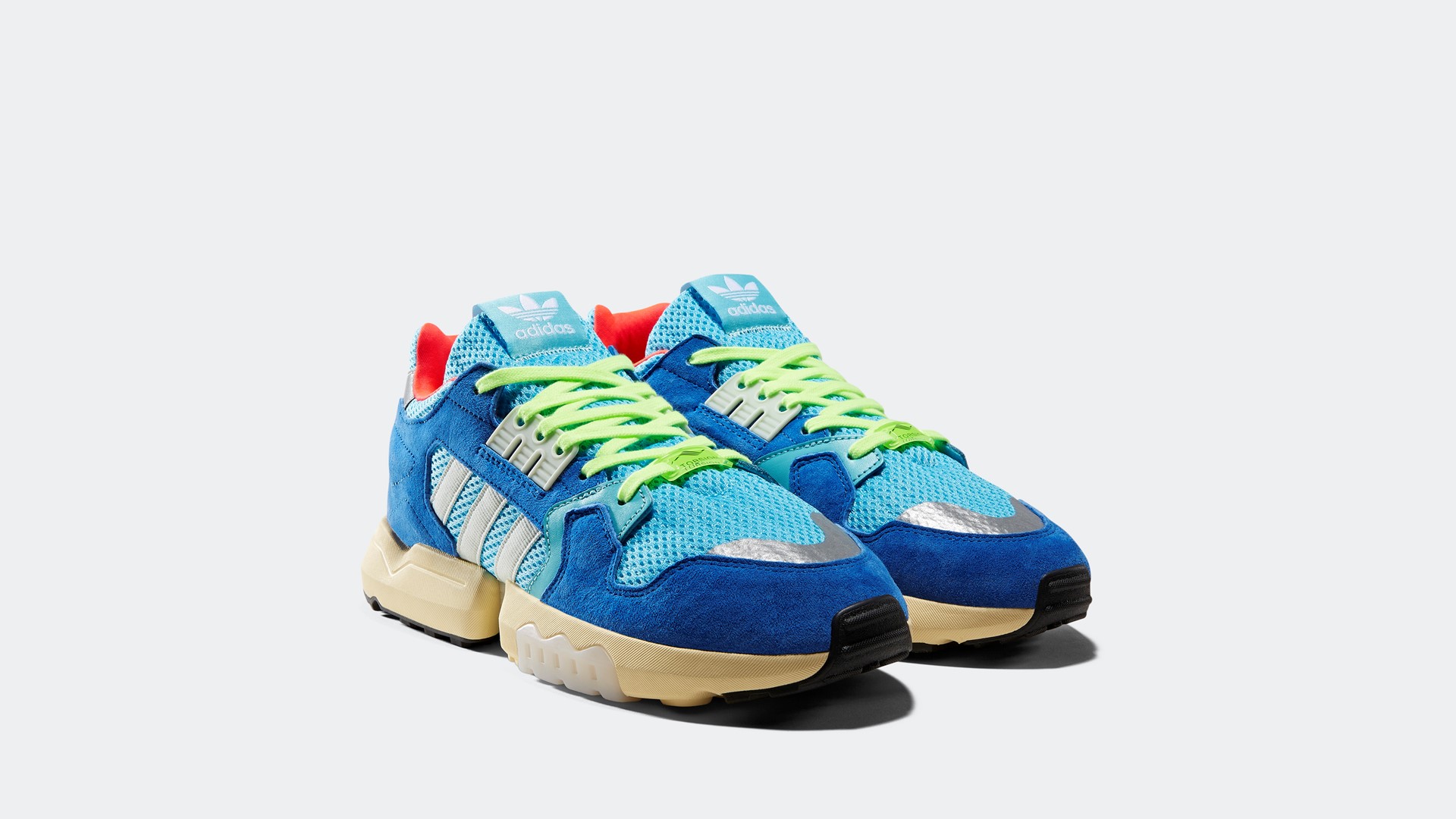 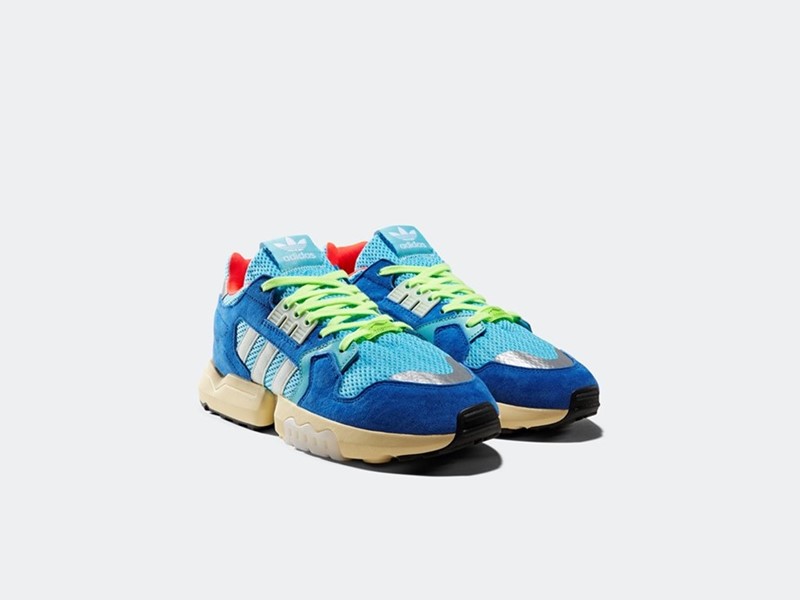 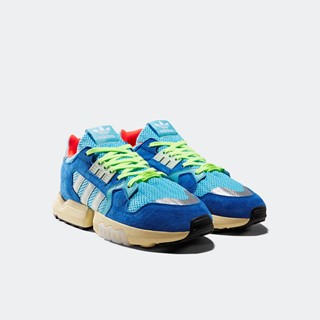 • adidas Originals’ ZX series has remained at the forefront of progressive footwear design since 1984
• The new ZX Torsion model combines elements of its past with a forward-thinking design ethos, reflecting the spirit of adidas innovation
• With hidden BOOST technology, ZX Torsion steps into the future by reworking archival ideas to push things forward
Since its conception in 1984, adidas Originals’ ZX series has been at the forefront of progressive footwear design, birthing many of adidas’ most iconic technologies and models. Now, that legacy is being pushed even further with the creation of the reimagined ZX Torsion silhouette.
In the past, music scenes and subcultures were united by the ZX: the shoe’s high-tech design and myriad of styles and colors matched the mindset of those who were innovating within their scenes. Combining elements of its ancestry with a forward-thinking design ethos, the ZX Torsion shoe features a number of references to classic ZX silhouettes, most notably the ZX 8000 model, whose distinctive Aqua colorway is reimagined for the ZX Torsion model’s debut.
The ZX Torsion model features a classic mesh and suede construction across the upper, while its quilted mesh tongue pays homage to the materials of the ZX 8000 silhouette. This is then placed atop a Boost™ midsole concealed within an EVA cup tooling and rubber elements that reference the original ZX tooling. A translucent panel detail in the forefoot leads to the placement of a Torsion bar in the midfoot that references one of the ZX series’ most revered technical elements.
Information
Finishing touches to the ZX Torsion design include reflective accents in the toebox and heel, and Trefoil logo branding on the tongue and heel. The shoe’s debut colorway takes a new interpretation of the Aqua colorway of the ZX 8000 model into more vibrant blues and a soft faded neon yellow combined with a neon red, rendering the ZX Torsion model that encapsulates the shoe’s measured reimagining of classic 3-stripe mark.
Torsion reflects the spirit of adidas innovation, pushing things forward, taking a collective memory of the past and reimagining it in a modern context.
Finally, the ZX Torsion’s campaign features London-based visual artist Mr. Phomer, whose aesthetic echoes the culture of ZX fanatics. Photographed in his natural working environment as he reimagined TORSION for a contemporary audience, we took a collective memory of the past and saw how it could be reimagined in a modern context – much like the design of the ZX Torsion itself.
The ZX Torsion model releases worldwide on July 11th 2019 at adidas.com/zx.
@adidasOriginals
www.adidas.com/zx 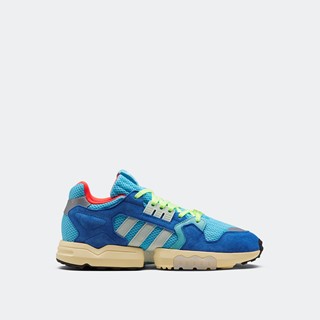