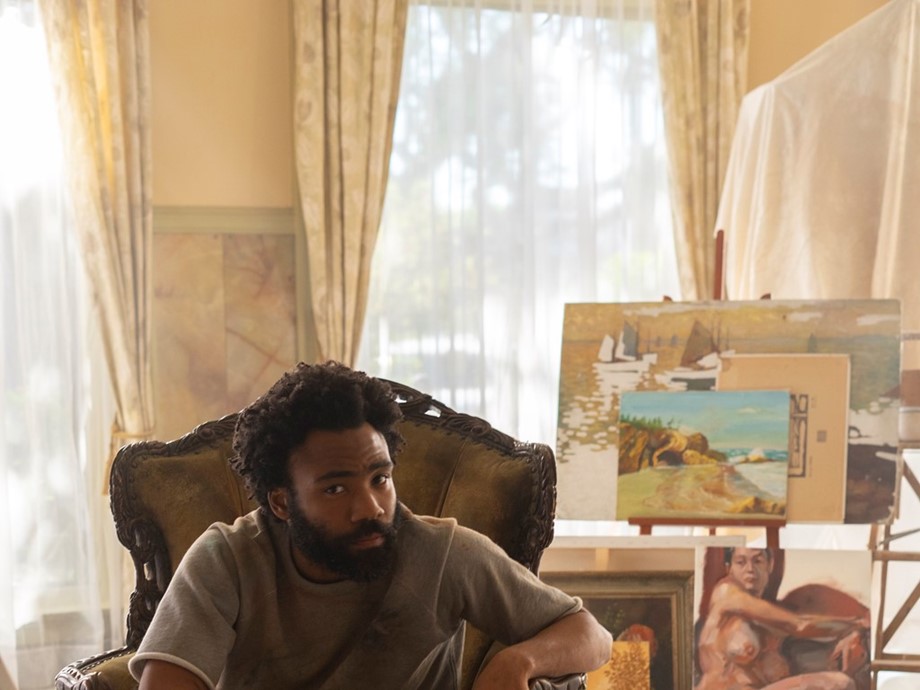 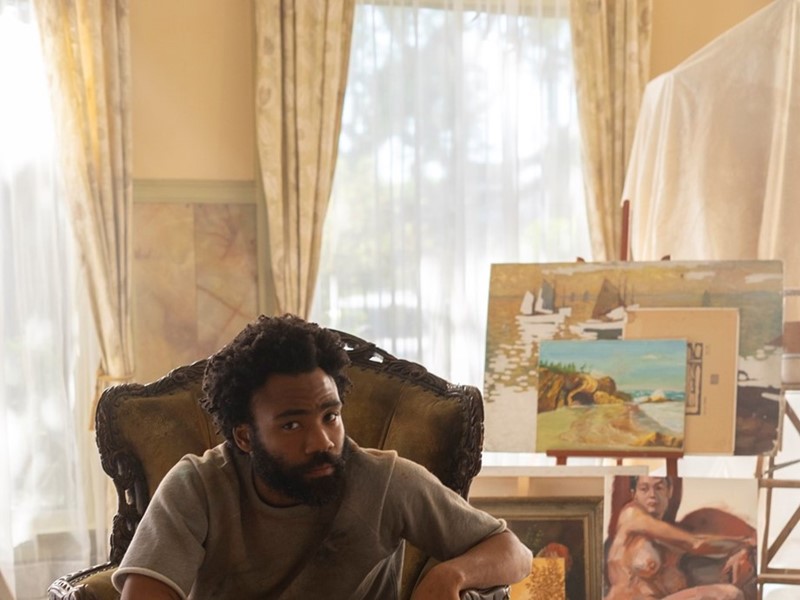 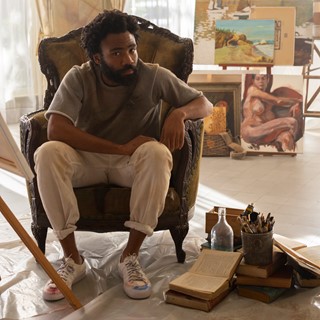 adidas Originals and Donald Glover officially launch Donald Glover Presents, revealing the fruits of a creative relationship that began in September 2018. With storytelling at the heart of the partnership, Glover and adidas Originals unveiled a range of new product offerings alongside the premiere of a series of short films.
Donald Glover Presents reimagines three classic adidas styles, the Nizza, the Continental 80, and the Lacombe, in subtle, tone-on-tone white canvas. With a focus on the personal narrative that worn-in sneakers can hold, and the wealth of experiences they bear, the collection is inspired by subtle imperfections.
"Rich is a concept,” said Donald Glover. “With this project, I wanted to encourage people to think about how their stories can be told on their feet. Value isn’t quantified by what you wear, rather the experiences from them. And you make the decision on what works for you, you live through your own lens. The partnership for me is about being able to exemplify what doing your own thing truly looks and feels like."
Seeking to tell a story through design, the shoes feature a series of deconstructed details, like uneven stitching, inside-out golden eyestays, and a custom 3-Stripe mark that evokes hand-painting. Heightening a sense of depth and character, the edges of the canvas are not stitched down, allowing them to fray over time. Further bringing the theme of wear to life, a moth - the symbol of the collaboration - appears on the heel bumpers and insoles of the footwear. Each pair arrives inside an inside-out adidas Originals box that opens with a tear strip and comes replete with three sets of custom shoelaces designed to fringe with wear.
“Our partnerships are built on a foundation of creating moments of inspiration that we could not achieve alone,” explained Chris Law, Senior Design Director – adidas Originals. “As a visionary, we admire Glover’s capability to surpass ‘genres’ and uniquely tell a story. From a design perspective, we drove the aesthetic of this collection based on adidas’ rich history in classic sneakers and Glover’s philosophy of understated points of interest and appreciation for how shoes evolve with wear, expressing more personality over time. Between Glover’s artistic vision and our expertise, we will continue to evolve and look forward to where that takes us.”
Coinciding with the product launch, Donald Glover and adidas premiered a series of short films, starring Glover and actress-comedian Mo’Nique with a cameo by professional skateboarder Na-Kel Smith, produced by Sylvia Zakhary of Mamag Studios with Wolf Taylor and Fam Rothstein of Royalty and Wolf and Rothstein.
The films, written by Sam Jay with Jamal Olori of Royalty, bring to life a story of defiance, subversion, and creative expression. Embracing acts of fate as opportunities for honesty, growth, and understanding, the films show that worn shoes are not merely “dirty”; they are a reflection of one’s personal experiences. The series is directed by Ibra Ake of Royalty, supported by creative consultant, Sing J Lee of Mamag Studios.
In their efforts to equalize creative access, Glover and adidas Originals chose to unveil the films directly to the young people who continue to inspire them. Tapping into a community of creatives and loyalists, they brought together an eclectic group of people that had the opportunity to interact with Glover on a personal level and experience the films first hand. Celebrating the occasion and emphasizing the ethos of the creative partnership, Glover hosted an inverted Q+A, giving those in attendance the ability to ask their own questions and initiate a conversation.
The Donald Glover Presents film series releases today. Watch below.
All three styles will be available globally on April 26th.
www.adidas.com/DonaldGlover
#DonaldGloverPresents @adidasOriginals
‘Donald Glover Presents’ Film credits –
About adidas Originals:
Inspired by the rich sporting heritage of adidas – one of the world’s leading sports brands and a global designer and developer of athletic footwear and apparel – adidas Originals is a lifestyle brand founded in 2001. With the adidas archive at its foundation, adidas Originals continues to evolve the brand’s legacy through its commitment to product innovation and its ability to filter the creativity and courage found on courts and sporting arenas through the lens of contemporary youth culture. Marked by the iconic Trefoil logo that was first used in 1972 and championed by those that continue to shape and define creative culture, adidas Originals continues to lead the way as the pioneering sportswear brand for the street.
About Mamag Studios:
Mamag Studios is an award-winning creative agency and production company founded by Sylvia Zakhary in 2016. The studio offers a body of work that acutely focuses on cultural authenticity and disrupts social narratives within commercial and entertainment spheres, bridging the needed gap between culture and commerce. The studio most recently launched the Google Pixel 3 global campaign starring Donald Glover and is also known for the Emmy-nominated mini-series, Great Performers starring the likes of Lakeith Stanfield and Olivia Coleman. Other collaborations by the studio also include Pepsi, Mercedes Benz, and LVMH, amongst others. Mamag has offices in New York and Los Angeles.
About Royalty:
Royalty is an independent creative agency comprised of screenwriters, directors, creative directors artists and producers. The Royalty umbrella specializes in media production, strategy, events, and marketing embedded with a focus on quality, innovation, and cultural exchange.
The group formed in the early spring of 2012 as a brain trust and since has amassed multiple accolades including Golden Globes, Emmy’s, Peabody awards, Clios and Grammy’s.
Inclusive of Donald Glover the Royalty team consists of Fam Rothstein, Ibra Ake, Stephen Glover, Chad Taylor, Miles Konstantin, and Jamal Olori aka Swank. Most recently royalty partnered to create and produce projects ranging from Atlanta on Fx, the Grammy award-winning This Is America, This is America tour, Pharos festival, Spotify’s Rap Pantheon, and Guava Island. 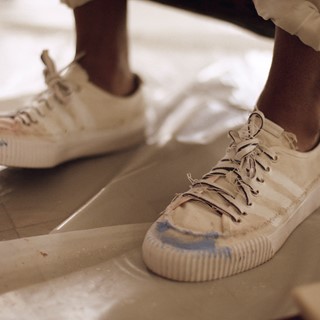 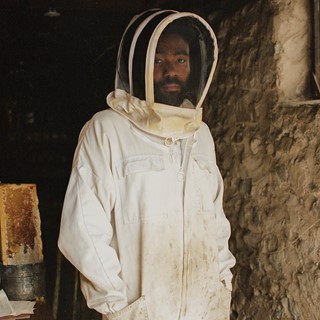 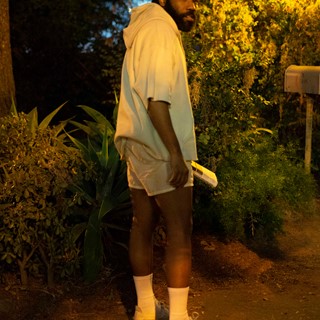 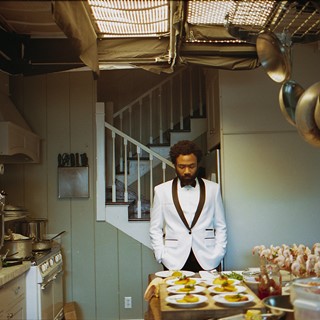 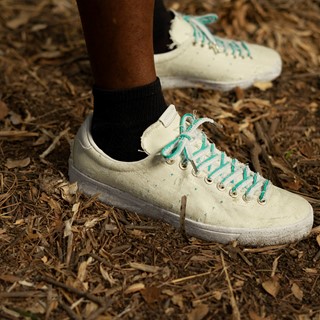