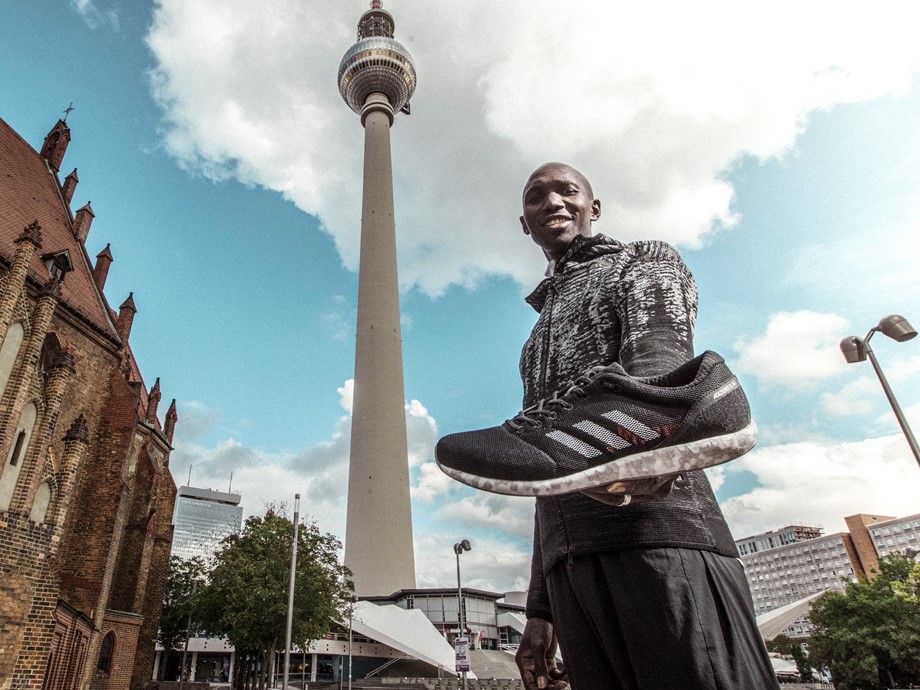 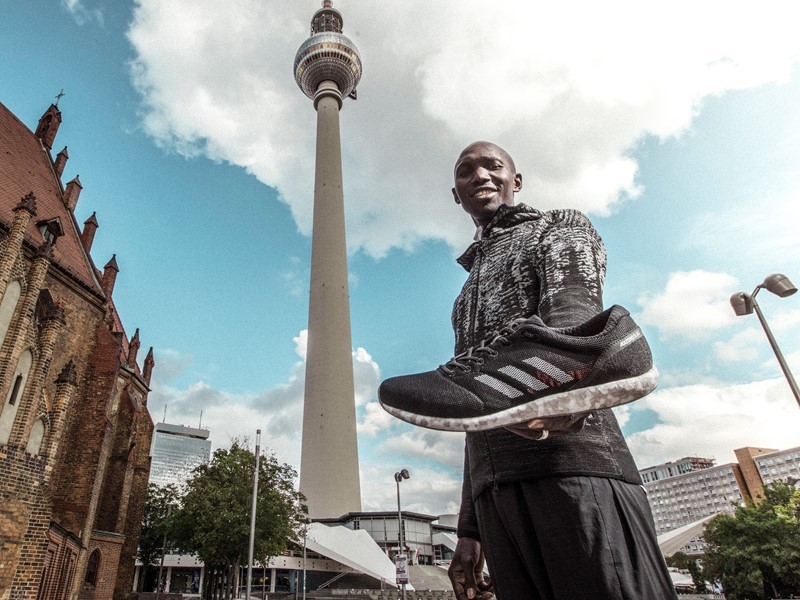 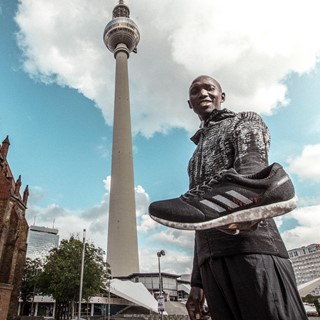 adidas Running has today unveiled a limited edition update of its adidas adizero Sub2 racing shoes and the continuation of a journey which started with the first release at the beginning of the year. After racing to victory in February in Tokyo in adizero Sub2, Kenyan Wilson Kipsang will again attempt to break the boundaries in distance running in Berlin.
With a strong history of marathon success including owning four world records, adizero is adidas’ fast franchise, and now, with years of cutting-edge innovation, research, development and testing with adidas professionals, including advanced lighter BOOST, it just got faster. The brand's goal was to make the world's fastest long-distance racing shoe through the aggregation of marginal gains during the 20,000+ steps it takes to complete a marathon.
The elite silhouette is central to adidas’ ambitious Sub2 programme. Founded on the belief that a sub2 marathon should be achieved in real race conditions, each product innovation and competition is an opportunity to get closer to breaking the sub2 barrier.
The shoe, now available in black, features a full-length BOOST Light midsole and combines industry-leading energy return with adidas’ lightest BOOST foam. Inspired by the lightness of clouds, BOOST comes in a marble pattern for the first time ever.
A single layer upper of ultralight fabric engineered from reduced-weight mesh with internal reinforcements and advanced Microfit gives athletes support, comfort and fit. In the outsole, the Continental Microweb (evolved from Stretchweb) maximises grip and reduces slipping.
Wilson Kipsang, Kenyan marathon runner and adidas athlete said: “The adidas adizero Sub2 has transformed my race day form. Its light, responsive structure, combined with incredible grip and BOOST Light helps me run at maximum efficiency, so I have more energy and power to sprint during the run, even in the final stages of the race. It means a lot to me to compete in this shoe, which is the best I’ve ever experienced.”
Matthias Amm, Product Category Director, adidas Running said: “This year, Berlin is particularly exciting as we bring together our fastest athletes and products at the world’s fastest marathon platform. Our mission is to create the best for the athletes. With adizero Sub2, we developed a product designed to enable them to unlock their potential. Berlin is an important milestone in our journey and we’re excited to watch our runners on Sunday.”
The adidas adizero Sub2 is a limited-edition model, available only for the fastest runners in the world including Kenyan athletes Wilson Kipsang, Patrick Makau and Felix Kandie, who will race in the shoe on Sunday. Consumers who can prove that they ran a marathon time below 2:50 hours or who start in Berlin in Group A can win one of 25 pairs at the #adizero Sub2 Studio located at the Berlin Marathon Expo.
Follow the conversation at #adizero @adidasrunning on Instagram, Twitter and Facebook. 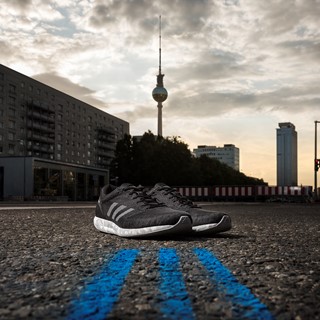 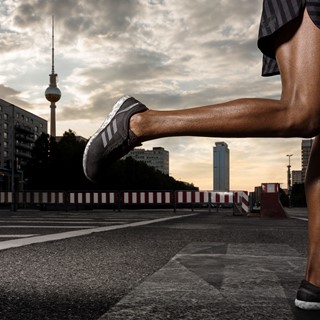 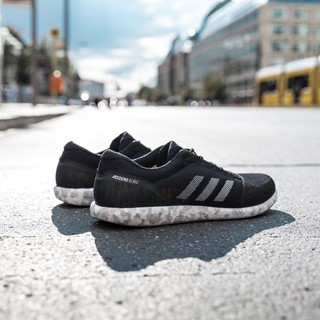 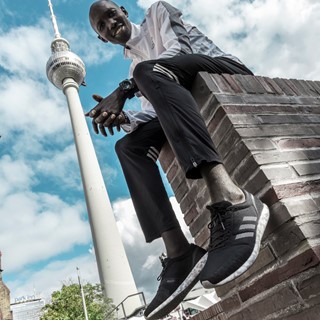 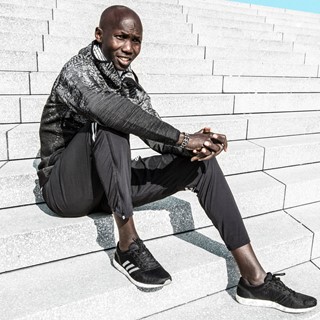