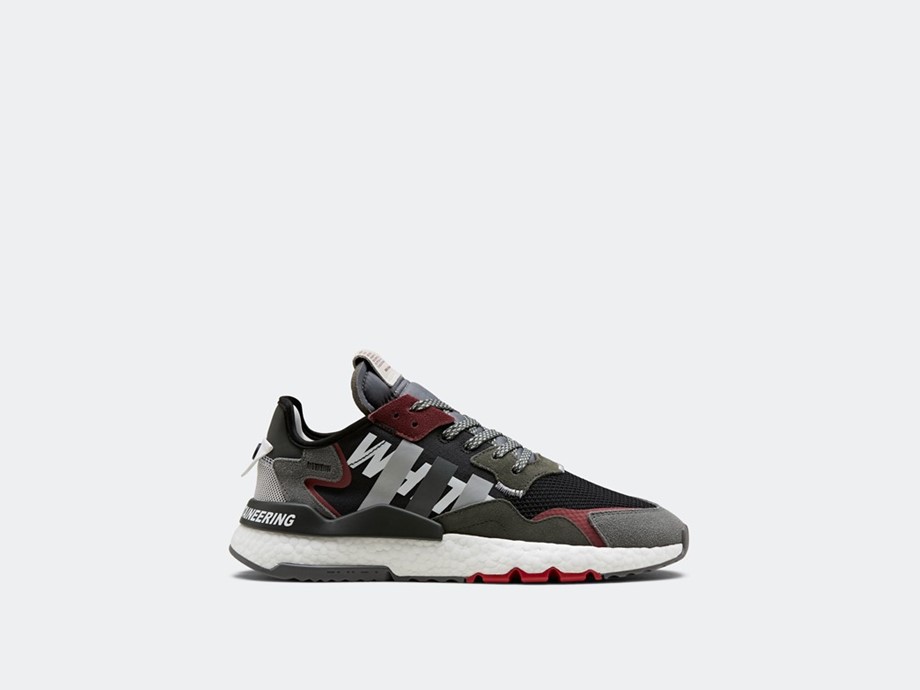 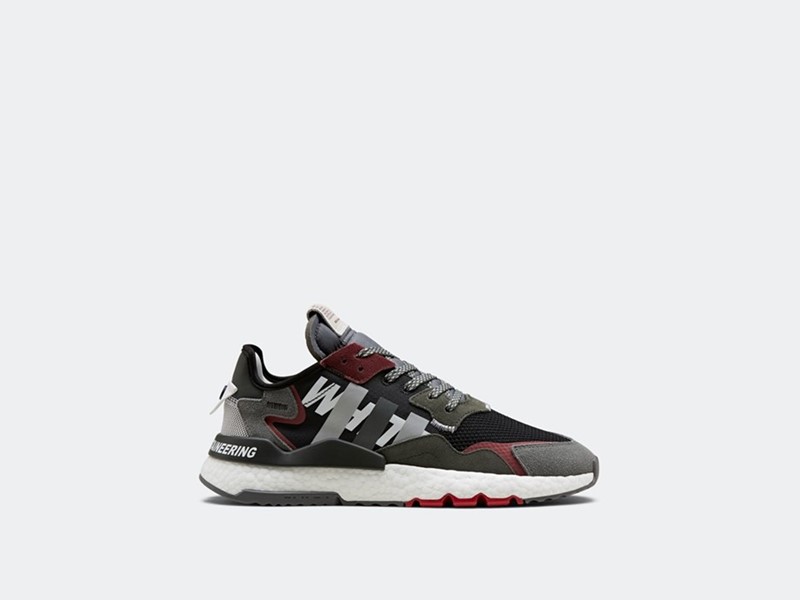 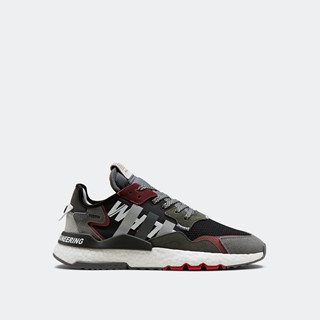 Founded in Tokyo in 2006, White Mountaineering is the brand of Japanese designer Yosuke Aizawa. Taking the great outdoors as inspiration, Aizawa and his team use functional, high-performance textiles and design details as a springboard for fashion-forward collections that blur the boundaries between urban and outdoors wear. The brand’s long-running partnership with adidas has led to some of the most striking and instantly recognizable footwear and apparel releases of the past decade: from the stripped-back hues of their very first team-up on a pair of classic Stan Smith tennis shoes, to a hyper-technical take on the adidas Terrex range of trail running and hiking shoes that were released earlier this year.
This season’s team-up first saw the light of day during White Mountaineering’s show at Paris Fashion Week back in January, with models stalking the runway in attention-grabbing new versions of the recently rejuvenated adidas Nite Jogger. First released in 1980, the Nite Jogger was built, as its name suggests, for visibility. It was the first running shoe to utilize reflective features and almost four decades on has been updated with a host of contemporary technologies and materials.
The two White Mountaineering shoes on the Nite Jogger bring considered colorway choices to the suede leather overlays and mesh and textile underlays that make up the shoe’s uppers. In keeping with the Nite Jogger’s roots, many elements of the design are also constructed from reflective materials, ensuring the shoe stands out in the night.
The first pair features a vibrant collage of oranges, greens and reds, while the second adopts a slightly more understated, forest-like palette of moss greens, grays and burgundy. Both pairs feature striking White Mountaineering branding: most provocatively on the tongue, which reads: One: design. Two: utility. Three: technology. The imagination to fuse these elements together. The attitude of not submitting to sales or market needs. Meanwhile a blown-out rendering of the White Mountaineering logo appears not only across the TPU heel counter but merged in beneath the iconic three stripes – a fitting blend for a shoe that could only have been conceived by these two brands together.
adidas Originals x White Mountaineering Nite Jogger will be exclusively available at adidas.com and adidas stores on 5th September. 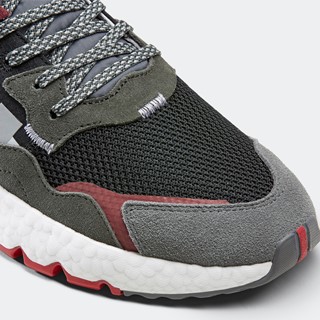 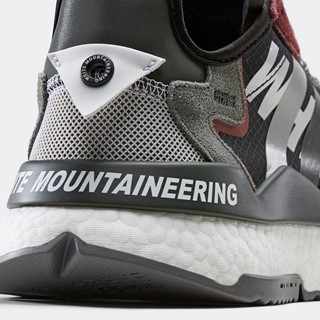 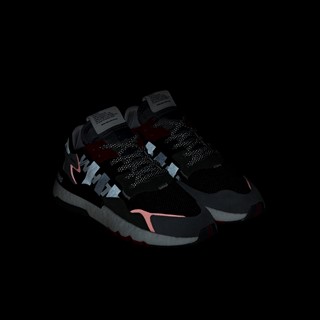 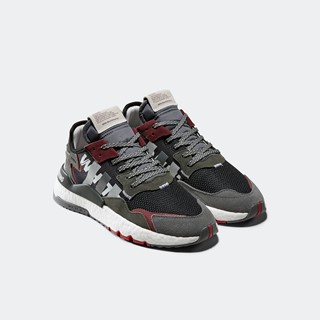 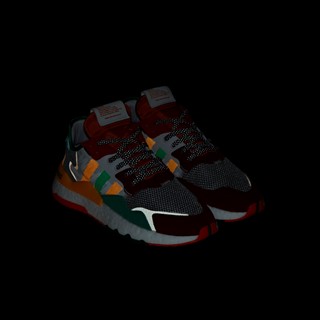