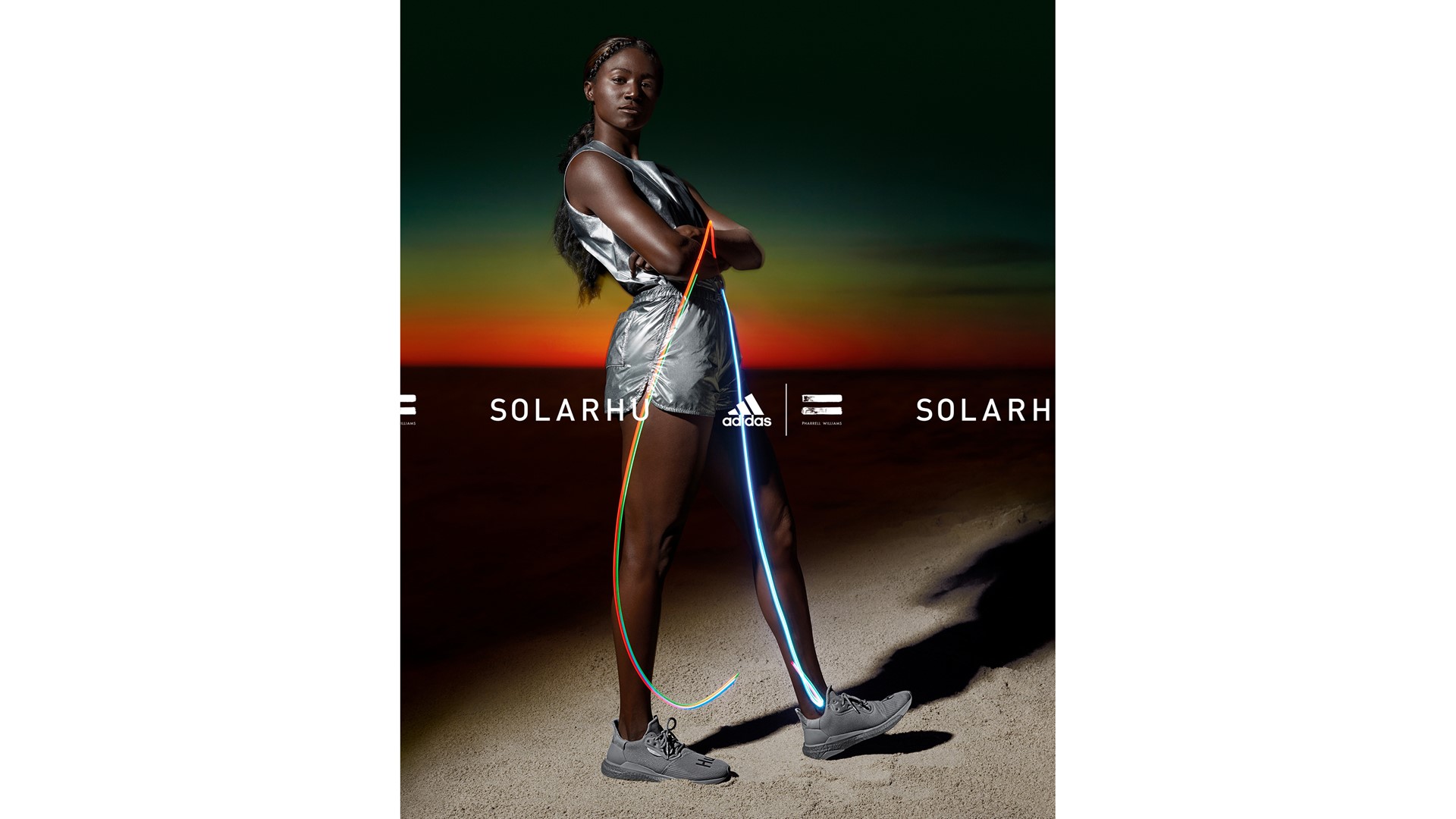 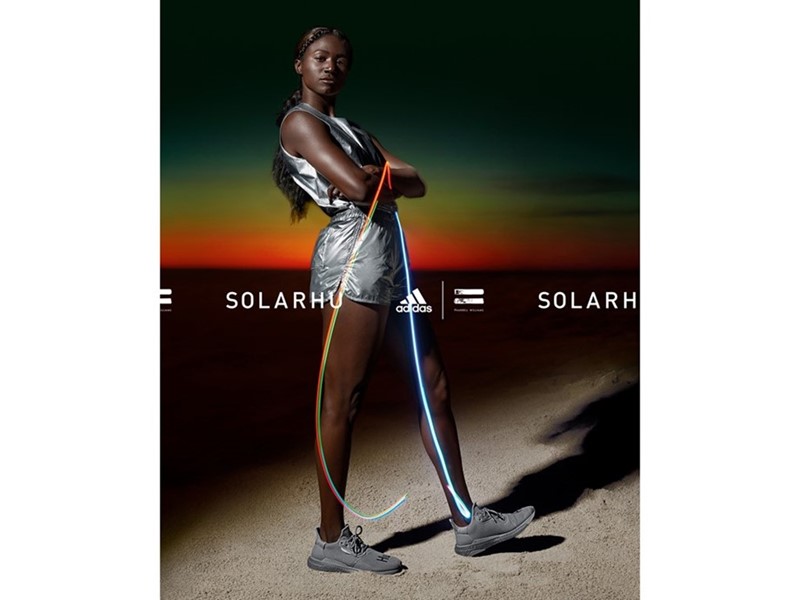 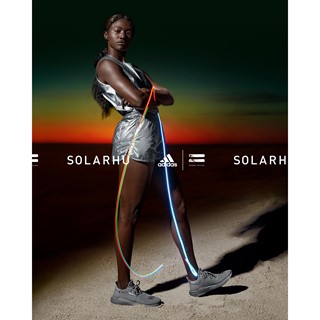 Vibrant color has defined the adidas by Pharrell Williams collaboration since its inception in 2014. For Summer 2019, the sports pioneer and the creative impresario shift into greyscale, reinterpreting their now-iconic SolarHu silhouette in subtle, tonal colorways of white, cream, grey, and black.
adidas by Pharrell Williams SolarHu Greyscale is a four-piece footwear range that demonstrates the power and versatility of the collaboration’s most recent model. It represents the latest evolution of the collaboration’s foundational messages of love, hope, inclusivity, and equality.
Accompanying the July 20 release of the SolarHu Greyscale pack is a story starring Tori Bowie, the American track superstar and adidas running ambassador who overcame obstacles to become a three-time Olympic medalist. Bowie’s story of strength and perseverance inspires an entire generation of runners. Here, in both still photographs (shot by Vivian Sassen) and video (shot by Shane Sigler), the story visualizes the “inner light” that guided her through multiple personal setbacks only to emerge as the 2017 100m world champion and fastest woman in the world.
The film opens the narrative with Bowie wearing her SolarHu Greyscale shoes while standing still in the darkness of night. As the camera tracks inward, Bowie is heard in a voiceover reading her manifesto, speaking on inner light and human potential. As the film pans from footwear to close ups of Bowie she speaks on the importance of running in her life and closes on the note of channeling positive energy.
The adidas by Pharrell Williams SolarHu Greyscale collection will be available July 20, 2019 at adidas flagship stores, select retailers, and online.
PW SolarHu EG7767
CREAM WHITE / RAW WHITE / OFF WHITE
Boost technology
USD 160
PW SolarHu EG7788
CORE BLACK / CORE BLACK / CORE BLACK
Boost technology
USD 160
PW SolarHu EF2380
GREY THREE F17 / GREY THREE F17 / GREY THREE F17
Boost technology
USD 160
PW SolarHu EF2378
FTWR WHITE / FTWR WHITE / FTWR WHITE
Boost technology
USD 160 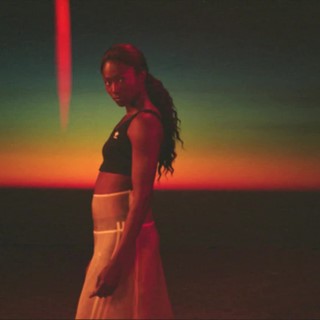 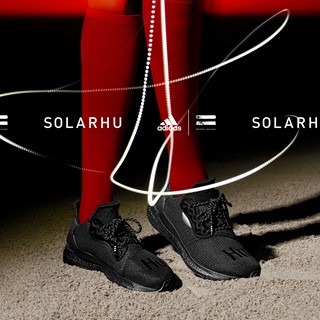 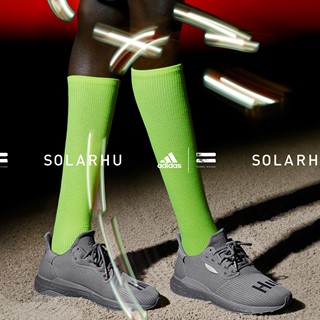 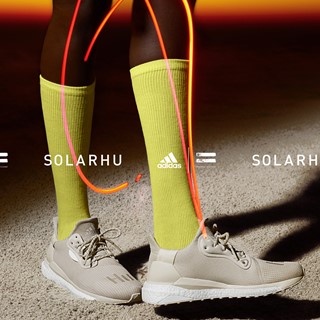 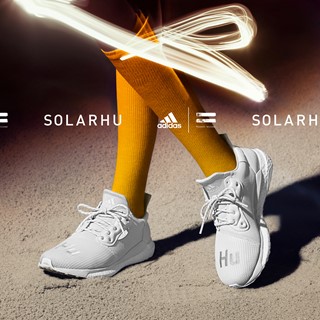