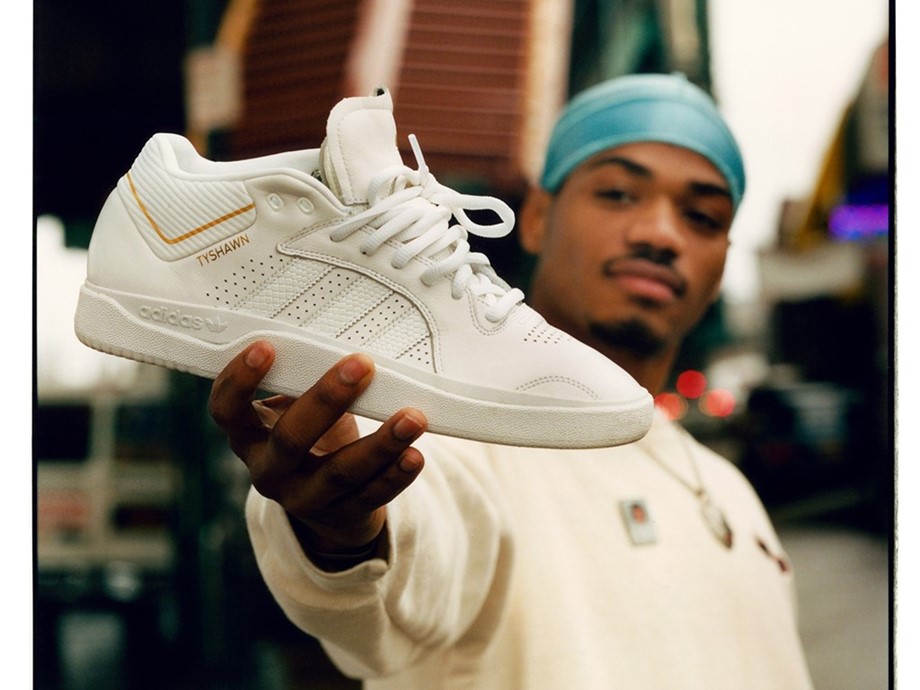 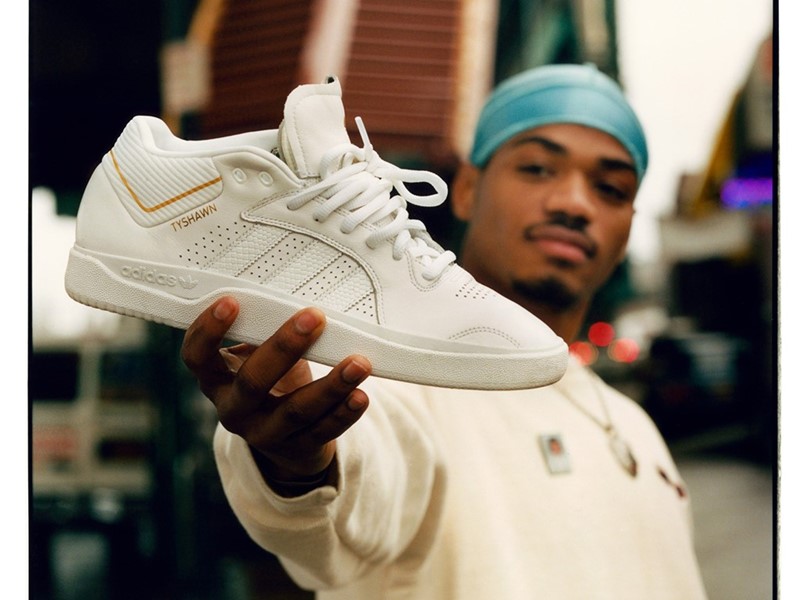 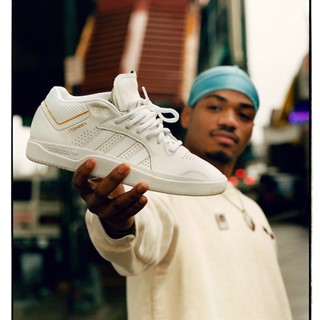 adidas Skateboarding crowns global team rider and 2018 Skater Of The Year, Tyshawn  Jones with his first-ever Pro Signature shoe. In anticipation of the Tyshawn hero colorway revealing this July, the brand leads the signature collection with a striking Triple White colorway that is commemorated by an exclusive launch event in Jones’ hometown of New York City.

Designed alongside and tested by the groundbreaking skater, the white-on-white sneaker blends Tyshawn’s confident style with basketball aesthetics and design elements that deliver ultimate performance and durability for skateboarding while maintaining a fresh look off the board.

“Having my own shoe is such a crazy feeling — as cliche as it sounds,” says Jones. “Since I was a young kid, I’ve always wanted this, and it’s crazy to really create something from top to bottom that is true to me. I’m proud of it. Scott Johnston is a legend and working with him was super important because he understands skating — he isn’t just a shoe designer. He saw what I wanted and exactly where I was coming from.”

Adding to his continued success, this limited  run  will  mark  the  beginning of an  exciting collection reveal for Tyshawn and adidas Skateboarding in 2019. The Triple White Tyshawn sneaker will be exclusively sold through the below retailers only. The silhouette releases on June 22 for $95 USD. 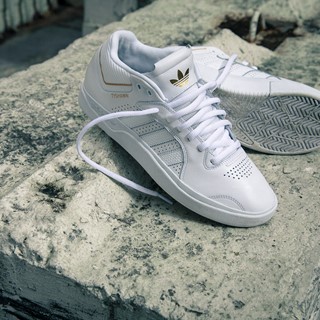 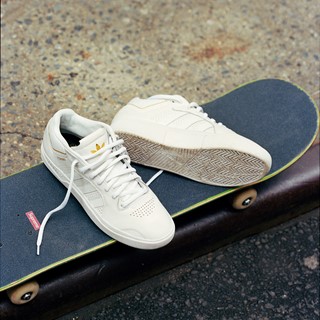 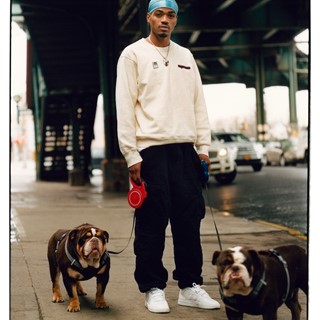 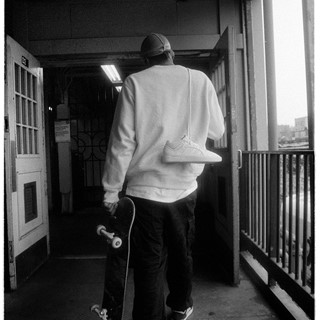 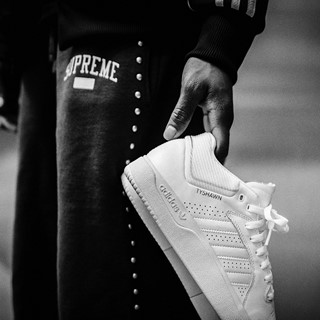