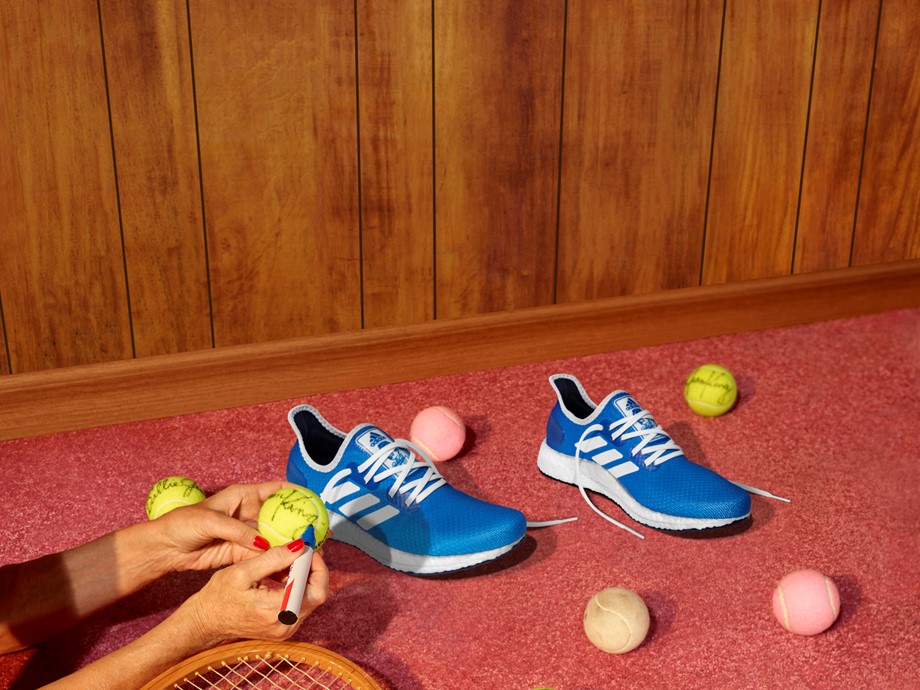 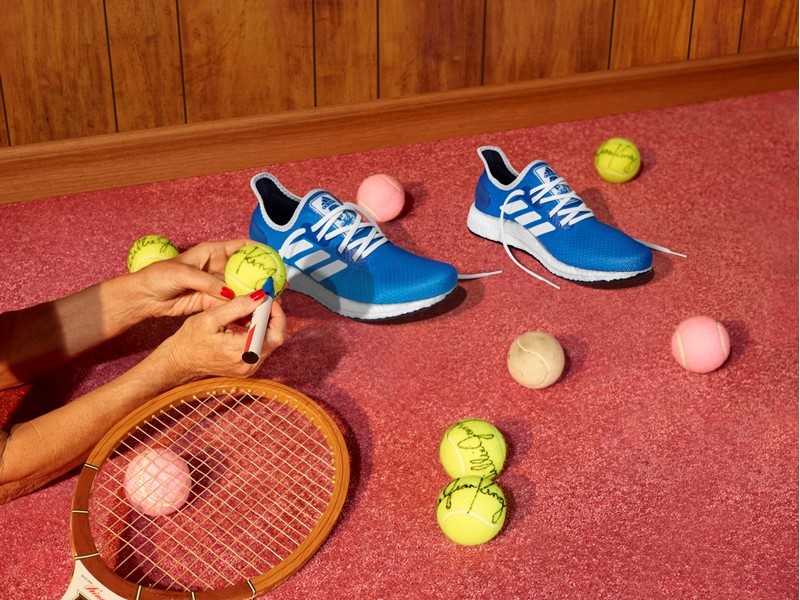 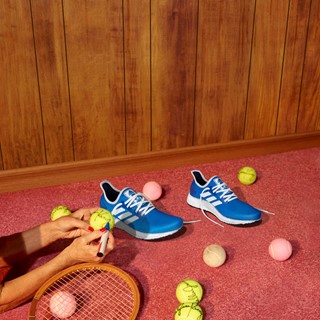 NEW YORK, Aug. 24, 2018:  Today adidas unveils the special edition AM4BJK shoe. Created in honor of Billie Jean King’s permanent footprint on the fabric of female sport, the AM4BJK is an homage to the iconic adidas blue suede footwear Billie Jean King famously wore during her pivotal match 45 years ago.
The limited run of 300 pairs will be available from August 27 to mark the start of the US Open and to celebrate the launch of adidas’ upcoming movement with Billie Jean King, Here to Create Change.
Billie Jean King, Sports Icon and Social Justice Pioneer says, “I have incredible memories of playing in these shoes. Walking on to the court at the Houston Astrodome in this footwear 45 years ago, I was taking steps for every woman and girl who ever wanted to be taken seriously in sports and in life. It’s an honor to have these iconic blue shoes modernized and they will serve as the perfect visual reminder of the importance that we must work together to achieve equality for all, on and off the field of play.”
“The AM4BJK is our moment to mark the legacy of Billie Jean King’s iconic blue shoes, reimagined for today’s athlete with our unique SPEEDFACTORY design and production technology,” says James Foster, Global Vice President for adidas Specialist Sports. “The shoe features nods to her original silhouette as worn during her pivotal match 45 years ago, and we hope that this embedded history motivates the 300 who are able to purchase a pair to do so with the same drive for positive change as the icon who inspired them.”
The AM4BJK is a limited edition SPEEDFACTORY concept that combines the creativity and innovation of adidas with the iconic blue of Billie Jean King, all built and assembled at adidas’ SPEEDFACTORY in Atlanta, USA.
Billie Jean King, who has fought for equality in the US and beyond, worked closely with SPEEDFACTORY designers to create a new iteration of the adidas “Made for” sneaker that unites an iconic sporting legacy with a technological innovation. The shoes also feature adidas’ proprietary BOOST technology, offering responsive cushioning and the highest level of energy return in every step.
The tongue patch of the shoe is NFC enabled, allowing owners to unlock an exclusive digital experience to authenticate the shoe and identify its unique number from the limited edition set of 300.
The AM4BJK is the latest edition of the AM4 series, following the launch of the Atlanta AM4MLS, Los Angeles (AM4LA), New York (AM4NYC), Paris (AM4PAR), (AM4SHA) and London (AM4LDN) running shoes, as well as the most recent AM4NHL released for the Stanley Cup champions, the Washington Capitals. The AM4 line of products emphasizes adidas’ commitment to speed, co-creation and precision.
The AM4BJK shoes are available starting August 27 for $200 at the adidas US Open store, select NYC adidas stores and adidas.com.
The SPEEDFACTORY AM4BJK shoe forms part of a wider special release to celebrate this trailblazer with a Here to Create Change t-shirt available at select adidas retail stores. Billie Jean King will also be making a live appearance at the US Open adidas store between 3:30 and 4:30pm on Monday August 27, spraying footwear in the now famous blue.
Find out more at adidas.com and get ready to join the conversation starting August 26th. 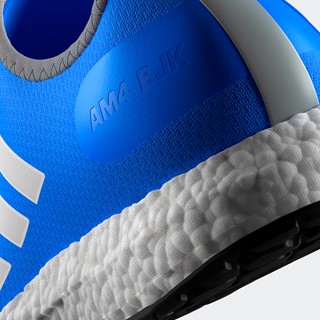 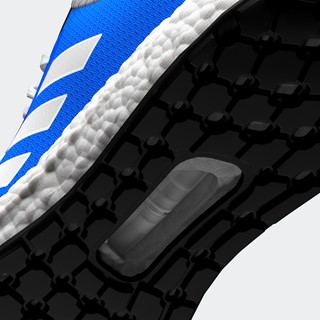 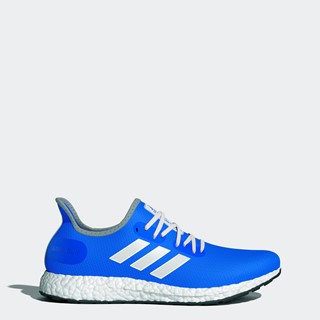 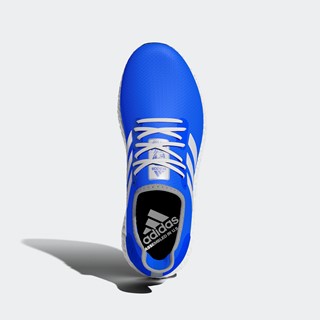