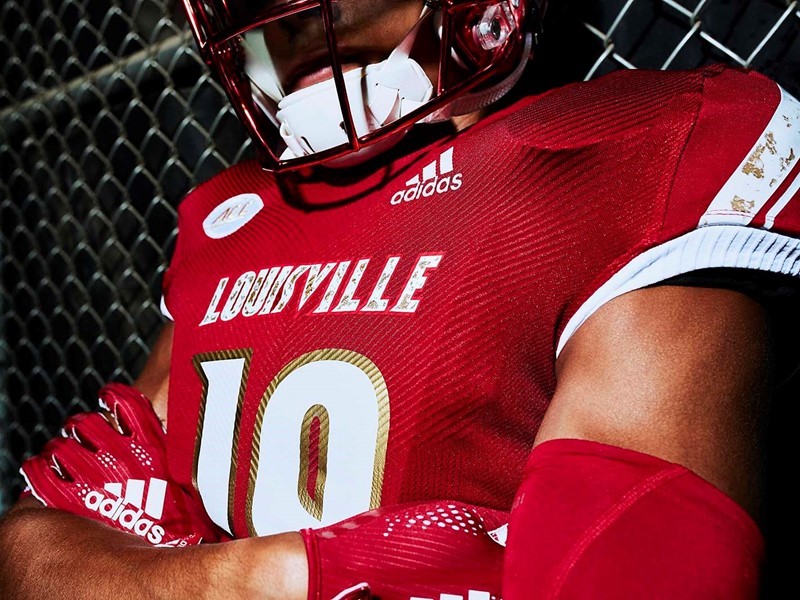 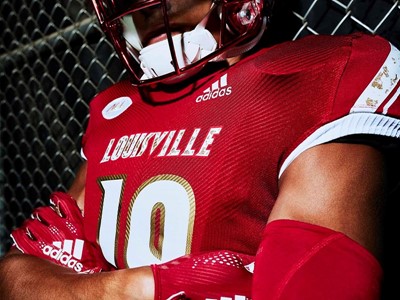 The University of Louisville and adidas Football today unveiled the new adidas Primeknit A1 ‘Hard Knox’ alternate uniforms, which will make their on-field debut for the Cardinals’ game against Wake Forest on Saturday, October 27.
Inspired by the Kentucky army base, just 30 miles away from the University of Louisville, the Cardinals’ new adidas Primeknit A1 ‘Hard Knox’ alternate uniforms pay homage to both the home the U.S. Bullion Depository, one of the nation’s largest precious mineral reserves, and the historical site’s military past. As an ode to Fort Knox, the overarching theme was a collaborative design between University of Louisville Athletics and adidas Football to create a new signature look for the Cardinals.
Starting with a holistic red-on-red theme, the adidas Primeknit A1 ‘Hard Knox’ alternate uniform incorporates nods to the resources of Fort Knox throughout the design. Front and center, the Louisville moniker on the chest is highlighted by simulated shaved gold flecks in the fabric. The gold flake continues onto the shoulder stripes and the old English “L” logo on the pants, while the player numbers have been outlined in solid gold.
Additional design details include watermarked tributes to the original Louisville flag, which have been sublimated on the side panels of the jersey. This covert design includes three Fleur-de-lis symbols on the left panel and a circle of 13 stars on the right panel. These elements both symbolize the 13 states that existed when they city of Louisville was founded in 1778, and honor King Louis XVI, for whom the city was named after France’s military support during the American Revolution.
Merging style and innovation, the Cardinals new adidas Primeknit A1 ‘Hard Knox’ alternate football uniform redefines the compression silhouette and takes the innovation and design of football jerseys and pants to the next level, with an emphasis on full range of motion, fit, form and function.
A new body-mapping jersey design features an all-new ribbed knit pattern on the chest and shoulder pads to produce a refined fit, while knit engineered mesh channels feature Climacool technology to provide enhanced breathability and cooling zones. The development of a new innovative chevron pattern on the chest of the jersey aligns with a player’s shoulder pads and generates increased durability for high-contact zones for protection and the inside of the jersey features silicon grip patterns on the shoulders to lock the pads in place.
Delivering a clean, iconic look, Primeknit finishes inspired by the adidas UltraBOOST and NMD are incorporated into the collar, while sleeve cuff and hem for added comfort and a new infinity neckline eliminates distractions and allows for a full range of motion. Additionally, the revolutionary Primeknit A1 football pants have been re-engineered with just two seams and bonded pockets for added comfort and a clean compression look and feel, along ribbed Primeknit on the knees for added durability.
Rounding out the head-to-toe look, the team will don red chrome helmets, as well as red and white adizero 5-Star and FREAK cleats. Additionally, the red adizero 5-Star gloves feature an oversized Old English “L” logo with gold flakes.
For more info on the Cardinals new adidas Primeknit A1 ‘Hard Knox’ alternate uniform, visit http://news.adidas.com/US and join the conversation on Twitter and Instagram via @UofLFootball, @GoCards, @adidasFballUS and #teamadidas #L1C4. 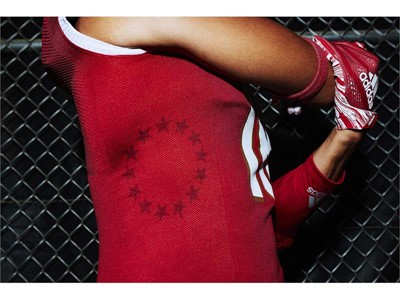 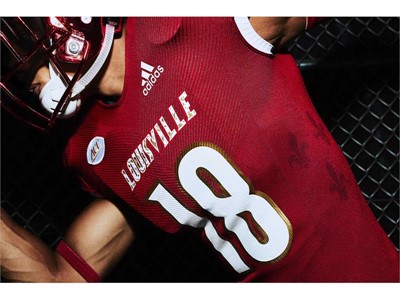 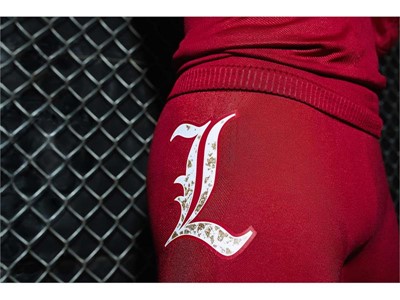 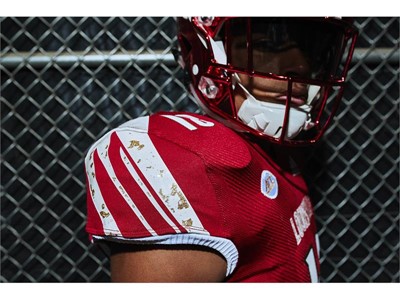 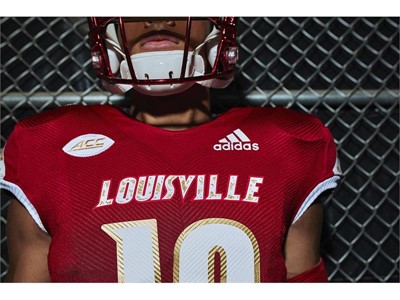