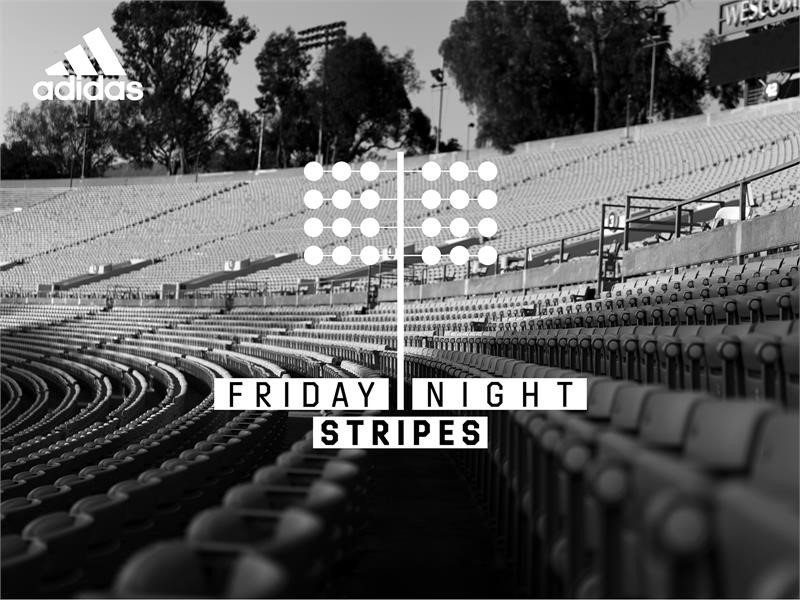 adidas and Twitter today announced ‘Friday Night Stripes’ – the first-ever live streaming series of high school football games on Twitter. Featuring nationally ranked teams from across the country, including teams from California, Nevada, Indiana, Georgia and Florida, the 8-game series will start on September 7 and continue throughout the regular high school football season with the final game on November 9.
“From grassroots to the NFL, adidas is ever-present in football culture and being digital first is everything when it comes to connecting with our consumer,” said Kelly Olmstead, VP of Brand Activation for adidas. “We’re excited to be the first brand to live stream high school football games on Twitter and revolutionize the way fans can experience the game.”
“High school football fans view Twitter as an indispensable tool to follow what's happening -- whether it’s the national recruiting stage or their local communities, every Friday night, we see players, teams, coaches, alumni, and fans embrace this passionate culture,” said Andrew Barge, Head of Sports Broadcast Partnerships at Twitter. “We're thrilled to partner with adidas and Intersport to help fulfill this massive and untapped opportunity. Both have established credibility as creators in the high school sports arena, and with Twitter's engaged audience, we're excited to deliver eight live games that celebrate the unique, community-based passion for high school football on a national level."
Announcing the games are ESPN and SEC Network’s play-by-play announcer Courtney Lyle, with analysis by Super Bowl XLV Champion A.J. Hawk of the Green Bay Packers and sideline reporting by YouTube personality Cameron “Scooter” Magruder. Additionally, special guests will make appearances and join the play calling throughout the series of games, including adidas Football NFL athletes and entertainment partners and influencers.
“Combining the passion and excitement of high school football with a premium live video experience from Twitter exemplifies how adidas is the brand that truly fuses sports and culture,” said Jeff McGillis, VP of U.S. Sports for adidas. “Friday Night Stripes provides a unique digital stage for the next generation of football players to showcase their skills and an opportunity for adidas to build and share football culture across the globe.”
The ‘Friday Night Stripes’ Schedule: All eight games in the ‘Friday Night Stripes’ series will be streamed live on Twitter and be produced by Intersport. Listed below are some of the key match-ups. Additional games will be announced throughout the season (schedule is subject to change).
“We’re excited to continue producing relevant and cutting-edge content for Twitter that engages fans of all interests,” said John Paquet, Executive Producer for Intersport. “Producing these live events allows us to apply a holistic approach to modern-day consumption that melds fans’ appetite for video with their desire to remain connected in real-time.”
The ‘Friday Night Stripes’ series is the latest example to highlight how adidas is a leader in the digital space. Earlier this year, adidas livestreamed the talks series, concerts and other activations from its 747 Warehouse St. basketball culture experience during NBA All-Star week.
Live coverage for each game will be available globally to Twitter’s logged-in and logged-out audience and can be accessed via @FNSLive on computers, tablets and mobile devices. The live streams will also be accompanied by a Twitter timeline, featuring related real-time conversation to create a unified experience for viewers to watch, Tweet and view commentary about high school football’s top teams.
The partnership comes off the heels of Twitter’s Live Brand Studio service that was announced during the company’s Digital Content NewFronts in April. Live Brand Studio is designed to help brands maximize their own live content efforts. Twitter’s full-service team works with brands to determine the best content to showcase, develop a media plan that targets the right audience, provide dedicated technical support, tools to share show clips, real-time analytics, and more.
For more information, please visit http://news.adidas.com/US and join the conversation on Twitter and Instagram via @FNSLive, @adidasFballUS, @sportney_lyle, @OfficialAJHawk and @ScooterMagruder  #FridayNightStripes  #teamadidas. 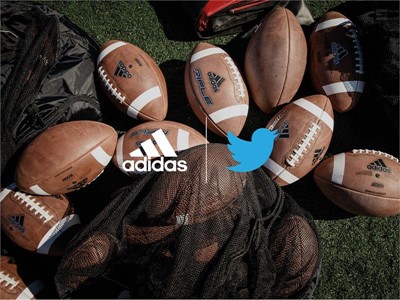 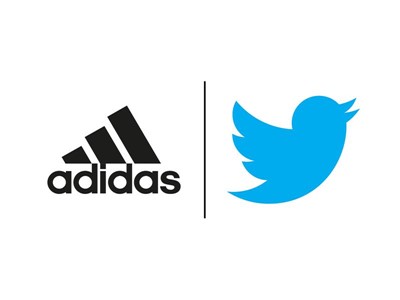