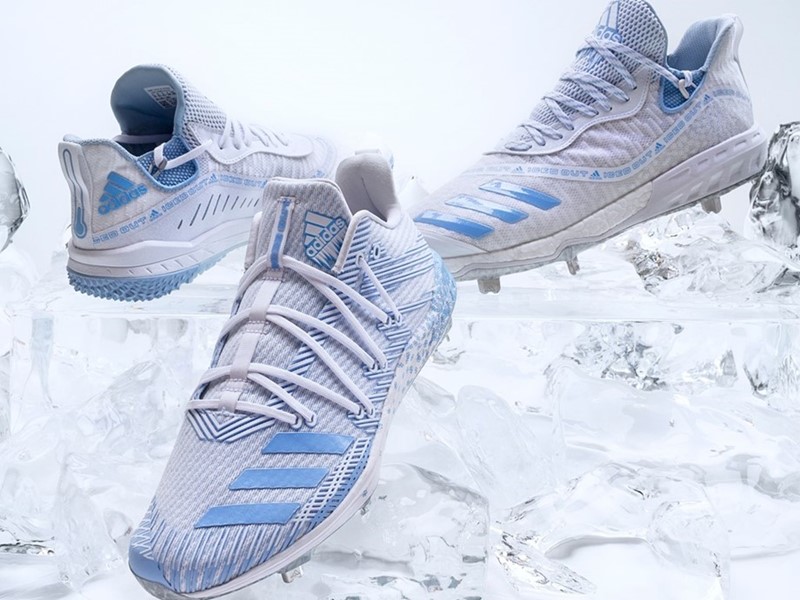 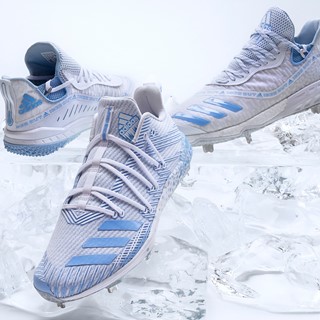 adidas Baseball today introduces the special edition "Iced Out" Pack, which will make its on-field debut at the 2019 MLB All-Star festivities July 8-9, in Cleveland, OH.
Engineered for performance and designed for style, the "Iced Out" pack is inspired by an All-Star caliber athlete who takes the field with emotions in check, laser-focused and ice in his veins to stay calm under pressure. Generating a frozen effect, the "Iced Out" pack features a blend of white, grey, and ice-blue colorways highlighted by crystal graphics around the upper, adidas’ iconic Badge of Sport logo sitting on top of ice cycles and a sub-zero thermometer icon on the heel tab.
adizero Afterburner 6
• Specifically created for Baseball's fastest All-Stars, the "Iced Out" adizero Afterburner 6 is designed with an aerodynamic sneaker profile.
• Making a statement with a white and ice blue colorway, the cleats are highlighted by asymmetrical, icicle-inspired textured lines throughout the cleat's upper, inner and outer sides. Additional design details include blue crystals that are dusted like a snowfall along the cleat's midsole.
• At the forefront of innovation, design and craftsmanship, the adizero Afterburner is engineered with a lightweight upper for speed and features a widened anatomical lacing system to deliver a custom lockdown fit.
• A reinforced TPU toe cap provides abrasion protection and structure for lateral movements and sprints between the bases. The comfortable-yet-durable upper sits atop a full-length LITE STRIKE EVA MIDSOLE for increased cushioning and comfort.
• The cleat is powered by a silver electro-finished SPRINTFRAME plate that's designed with both metal and secondary TPU studs, which provides optimized traction while minimizing weight in order beat out tags and steal bases. ($110)
Icon V Boost Cleat
• Specifically designed for the dynamic and versatile Baseball athlete, the Icon V Boost makes an "Iced Out" statement with a predominantly white colorway highlighted with blue detailing.
• Built with a breathable mesh and a sneaker-inspired upper with TPU overlays for added stability and protection, the cleat's fit system draws inspiration from high street and incorporates gore bands from the adidas innovation library for ease of entry and ankle support.
• A back-lacing configuration with silicon lace loops provides a lockdown fit with ankle mobility for the ultimate sock-like fit.
• The design sits atop a full-length BOOST midsole and is powered by a silver electro-finished plate with a PROTRAX 5x3 cleat configuration, providing the ultimate strength and power needed for the athlete's constant change in direction. ($130)
Icon V Trainer
• The adidas Baseball Icon Trainer is designed to showcase style and built to clock in hours at the batting cage and practice field.
• Featuring an all-white and grey colorway, the entire Iced Out-inspired design sits atop a full-length Bounce midsole and is powered by a semi-translucent blue outsole.
• Ice crystal graphics are placed along the cleat's vamp, which sits above a reinforced TPU toe cap. ($100)
adidas Baseball continues to set the bar with the "Iced Out" Pack, marking a new era of style, fused with innovation and performance for baseball. The special edition cleats will be available at www.adidas.com, www.DicksSportingGoods.com, and www.Eastbay.com.
For more information and images of the "Iced Out" Pack, please visit http://news.adidas.com/US and join the conversation on Twitter and Instagram via @adidasBaseball #teamadidas.
The adidas Baseball roster includes two-time All-Star (2017, 2018), American League Rookie of the Year (2017) and Home run Derby Champion (2017), outfielder Aaron Judge of the New York Yankees; World Series Champion (2018), two-time All-Star (2015, 2018) and American League Hank Aaron Award Winner (2018), outfielder J.D. Martinez of the Boston Red Sox; National League MVP (2016), World Series Champion (2016) and two-time All-Star (2015, 2016), third baseman Kris Bryant of the Chicago Cubs; World Series Champion (2017) and All-Star (2018) third baseman Alex Bregman of the Houston Astros; World Series Champion (2017), All-Star (2017) and American League Rookie of the Year (2015), shortstop Carlos Correa of the Houston Astros; National League Championship Series MVP (2017) and All-Star (2107), Justin Turner of the Los Angeles Dodgers; World Series Champion (2018), seven-time All-Star (2012-2018) and two-time American League strikeout leader (2015, 2017), pitcher Chris Sale of the Boston Red Sox; All-Star (2018) and American League Reliever of the Year (2018), pitcher Edwin Diaz of the New York Mets, among others. 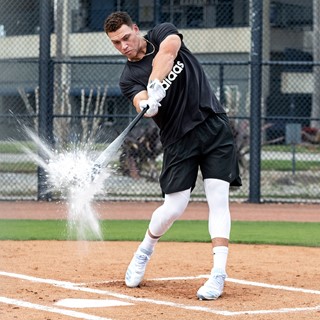 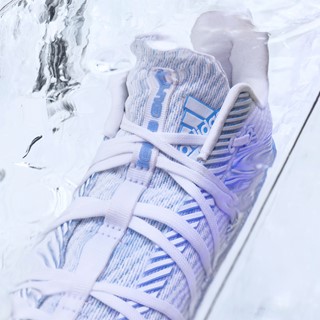 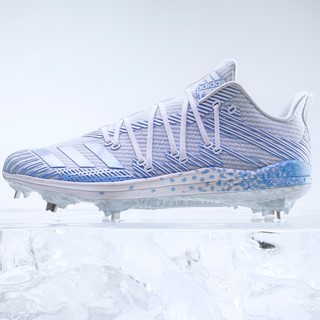 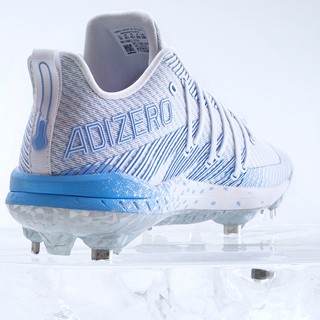 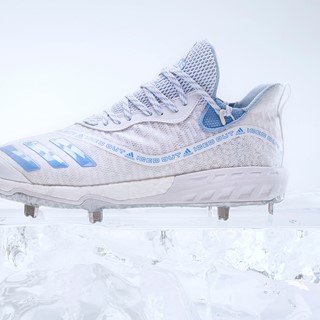